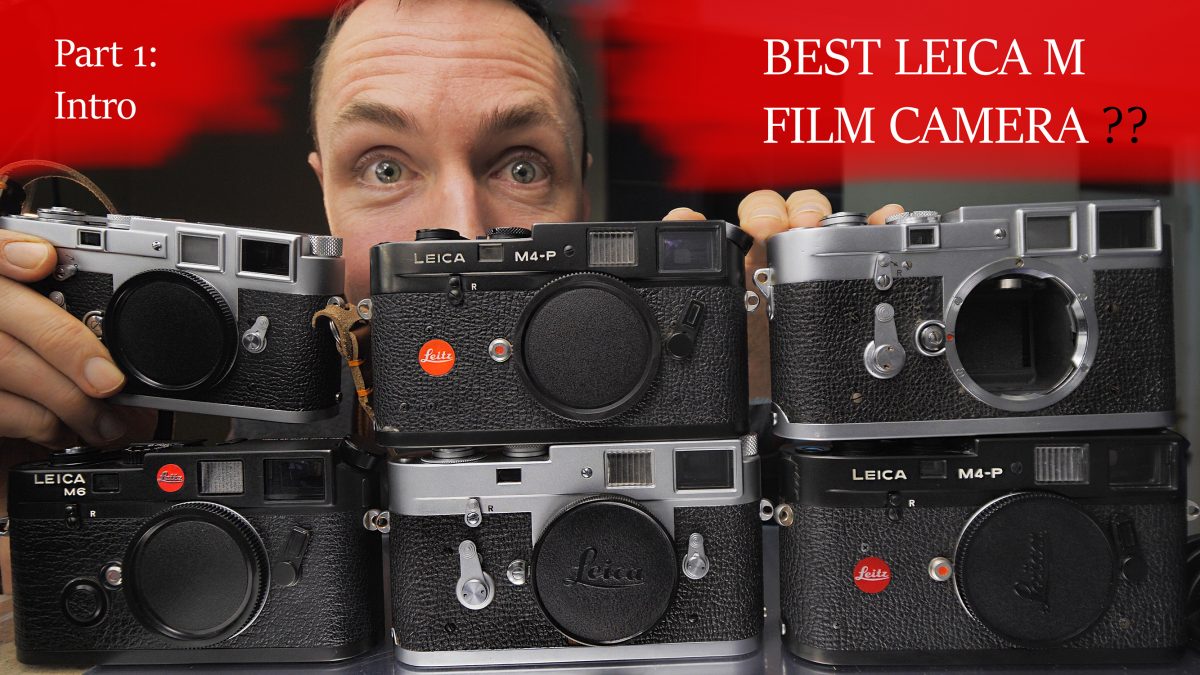 Are you looking to buy a Leica film camera but feel overwhelmed by the choices?  I experienced the same minefield of information when I bought my first Leica camera.  Here I try to help you find the best Leica film camera for you

As part of the Leica blog here is Leica M camera buyer’s guide! I own and use multiple Leica film cameras (M2, M3SS, M3DS, M4Ps, M6..) so I put together an easy to follow yet detailed comparison review.  Hopefully it will cover all you need to know but get in touch if you need some help.

When I think back to buying my first analogue film Leica M camera I’m not sure how I decided to buy the particular camera I did.  Lots and lots of research I guess but I don’t really remember finding any information that summarised in simple terms how each Leica M camera is different or perhaps best suited my needs.  It doesn’t help that Leica M cameras all look pretty much identical to the untrained eye too! In this post I try to list some of the main differences between each Leica M camera which might hopefully make it easier for you if you are looking to buy a Leica M film camera.  Please note I have only covered Leica M film cameras and it does not include Leica digital cameras.

Generally speaking the higher the M number the more recent the camera was released (with the exception of the Leica M2 that was built after the Leica M3, the M4-2 and M4-P that were released after the M5 and with the Leica MP and M-A being the most recent).

*to my knowledge for the cameras covered in this article

Framelines – bright lines in the viewfinder for composition

Are you looking for the best Leica 50mm lens for your new Leica camera?

Need film for your Leica?

I hope you find this very simplified guide of some help.  I enjoyed researching the information and I now know how to distinguish the difference between my Leica M2 and Leica M3 at a glance from the front!  The Leica M3 has a plain frameline illumination window and the Leica M2 has a fresnel type illumination window (vertical stripes in the window next to the viewfinder window). 🙂

Looking to buy a good cheap Leica film camera?  The Leica M4 P is strangely cheaper than the other Leica M cameras and I now use it more than my Leica M3!

In this Leica M4 P review I share 5 points on why I bought not 1 but 2 Leica M4-P cameras including a Leica M4-P vs M6, M3 and M2 comparison and some film portraits.

12 months on since my last Leica camera purchase, the Leica M6 Classic, I found myself buying another Leica M film camera.  It was completely unplanned (as usual) and I happened to have a free hour researching cameras online.  I stumbled across to me what seemed a real bargain.  The often less regarded Leica M4 -P.

The Leica M4 -P is a 35mm rangefinder camera like all other analogue Leica M film cameras.  I bought a black chrome M4-P and it has a 0.72x viewfinder the same as my Leica M6.  The Leica M4-P was in production from 1980 until around 1986 and was based on the earlier Leica M4 camera and followed the Leica M4-2.

To take a step back, the Leica M4 was released in 1966 and saw Leica introduce a few new camera features including; a film rewind crank to replace the vertical rewind knob of the M2 and M3 (will make rewinding film so much faster!), a new angled film advance lever and faster film loading by removing the need for the separate take up spool (as used in the Leica M2 and M3).

The Leica M4-2 was released in 1977 and was similar to a Leica M4 but with a hotshoe rather than a cold shoe (The Leica M2 and M3 also have cold shoes).  The later Leica M4-P variant was similar to the Leica M4-2 but also had 28mm and 75mm framelines added so it could be used with the newer Leica M lenses. Frameline pairs are 28/90, 35/135, 50/75 meaning you always see two framelines in the viewfinder.

As a Leica photographer and a strobist and someone using a Leica Elmarit-M 28mm f2.8 ASPH lens and Leica Summicron 75mm f2 APO lens three words above have already sold the camera to me – “hotshoe”, “28mm framelines” “75mm framelines”. (OK it was 5 words sorry!)  More details below.

4. Leica M4 -P is regarded as not the best Leica M camera

5. So why do I need another Leica camera!?

I guess I don’t really need another camera but I managed to construct a good argument for the purchase!  Here is a summary of the Leica M4-P vs. my other Leica M cameras.

The Leica M3 viewfinder does not have 28mm or 35mm framelines and does not have a hotshoe so I can’t use the M3 with flash triggers and off camera flash.  The M3 also has the slower to use film take up spool and rewind knob (meaning it takes more time to load and unload film) which is not ideal if working fast at a Leica wedding or on location with a model / client.

The Leica M3 is arguably better built and smoother to operate than the Leica M4-P.  The Leica M3 has THE best rangfinder viewfinder,  I think, if using 50mm lenses. But, because I use flash I use the Leica M4-P camera the most unless shooting with available light only.

The Leica M2 viewfinder does not have 28mm framelines for accurate framing with the Leica Elmarit-M 28mm ASPH. (I have just used the entire M2 viewfinder field of view as 28mm to guesstimate to date).  The M2 like the M3 does not have a hotshoe so I can’t use it with flash triggers and off camera flash.  The M2 like the M3 also has the slower to use film take up spool and rewind knob which are not ideal if working quickly.

The Leica M4-P is basically the same as my Leica M6 Classic, just without a built-in light meter.  The same viewfinder/ framelines, same zinc top plate and base plate, the same film rewind knob and film loading .

My Leica M6 currently jams at around 25 exposures.  I bulk load my own 25 exposure film so not to waste the last 10 or so shots on a standard 36 exposure roll of film.  It can be repaired but other than that the M6 is a great camera.  I use the M6 perhaps second most of my analogue film M cameras because of the hotshoe, after the M4-P.  The faster to operate film rewind crank is also a great help.

For completeness, the Leica M4-P is better than my Leica M8, Leica M240 and the Leica M9 I replaced as the M4-P is analogue! I probably don’t need to say any more other than to use the hashtags #believeinfilm, #filmisthefuture ! 🙂

For anyone that has just treated themselves a new M4 / M4-P here is a good video I found showing Leica film loading for the Leica M4/M4-P, M6 and later models (*not suitable for the Leica M2/M3).

After reading this article hopefully you are now ready to get out and start shooting!  Have you got film ready to load?  Here are some of my favourite / the best films that I use in the Leica film cameras for portraits.

When I saw the Leica M4 P price (used) (on sale at a reputable online store in the UK) at almost half the price of my Leica M6 Classic and half the price of my new Leica Elmarit-M 28mm f2.8 ASPH lens (*Blog post to follow) and that I can use with flash and hopefully shoot an entire 36 exposure roll of film in I jumped at the chance!

I love Leica cameras (and lenses!) and I love a cheap Leica camera even more (more affordable Leica camera*)!  I buy Leica cameras to use rather than to polish so to get a slightly more used Leica camera at a discounted price is far better for me than a mint boxed camera at full price.  I am also not a Leica puriest as for one I use flash photography a lot but also I don’t mind too much where a camera was made or if the top plate is made of zinc or brass.

Finally I reveal how I make my Portrait Images!

If you want to know the exact photography equipment I use to make my Leica M4-P portraits, other than the Leica camera (or other cameras I use) see the links below.  I used to avoid writing about my non-camera gear but I thought it was time to reveal all!  I detail the specific speedlights and wireless triggers I use together with the other photography gear needed for my portrait photography. 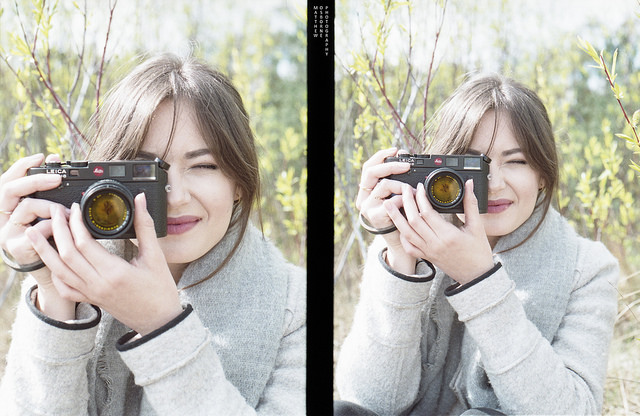 A short Leica M6 review article written just after I bought my M6 Classic (Now including a YouTube review!).  If you are looking for impressive Leica M6 photos please skip down to the link below where I take the M6 head to head with my Hasselblad 6×6 for a model shoot. (The Leica M6 Classic did well!) 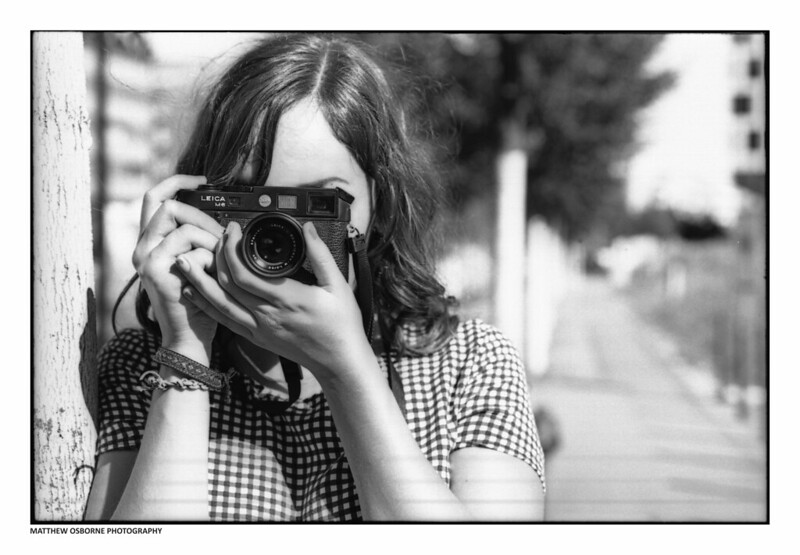 For Christmas I treated myself to a Leica M6 Classic 35mm film camera. It is one of the older versions with the Leitz red dot badge. It is black with the 0.72x viewfinder and looks in pretty mint condition for its age. The base plate still has the plastic on and it has the plastic bumpers on the edges. It came with box and I collected it from the private seller so I was able to see it before I paid which made a nice change to eBay!

I shot a test roll through the camera and the Leica M6 rangefinder seems spot on with my fast lenses shot wide open. Why another Leica film camera?

Why did I need another Leica film camera? The Leica M3 has been my favourite Leica camera since I discovered Leica but the camera only focus to 1m closest focus and my most expensive modern Leica glass work to 0.7m. It seems crazy I am not using my Leica Summilux ASPH 50mm f1.4 or the Leica Summicron 75mm f2 APO.

For events such as a wedding it is useful if a film camera has a built in meter. I normally use a handheld Sekonic light meter or spot light meter but when I want to travel light it is nice not to need to carry one. The Leica M6 uses a lithium LR44 battery to operate the light meter but the camera is fully mechanical and can operate without a battery (just no light meter).

I am looking forward to using the Leica M6 for wedding photography and with my modern fast and sharp lenses. I will share some results as soon as I get chance!

Here I did a comparison between the Leica M6 and the might Hasselblad!  The Leica M6 did surprising well! – Leica M6 Classic vs Hasselblad 501C

Leica M6 sample photo from this article to wet you appetite! – 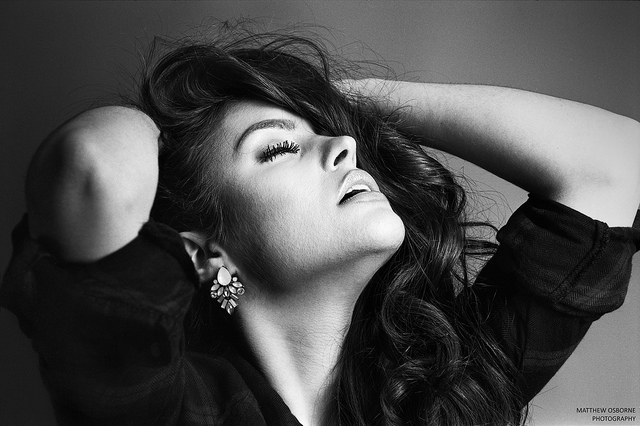