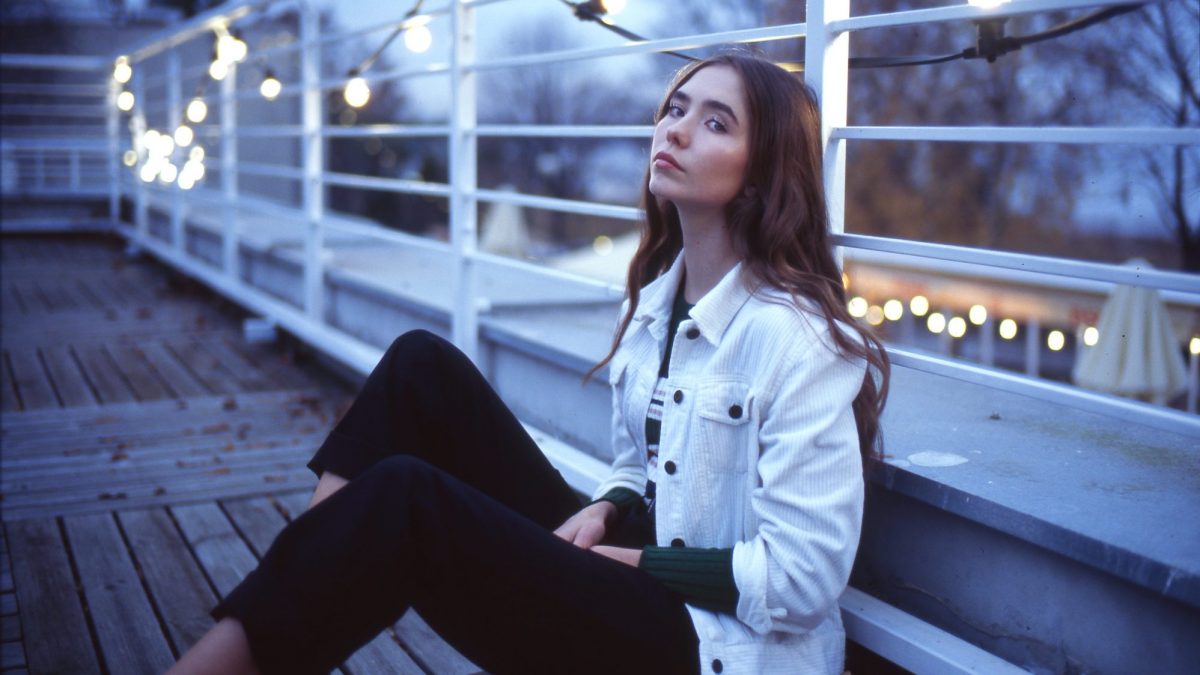 It took me over 6 months to get my first roll of pre-ordered exposed Kodak Ektachome E100 slide film finally lab developed. I’m always stretched for time and the weeks past faster than I realised. Prior to the release of the new Kodak Ektachrome film I had previous experience using Fuji Provia 100F slide film. I was interested to see how Kodak Ektachrome compared to Provia as they are both 100 speed E6 films.

Poland was already booked for the end of last year so I took my pre-ordered roll of 35mm Kodak Ektachrome E100 film and a roll of the Fuji Provia 100F film ready for a mini shoot out. (Poland trip write-up)

Cameras and lenses used in the test

In addition to trying out the new Ektachrome film I was also testing a new lens for my Nikon film cameras. As such rather than shoot Leica vs Leica which would be the obvious choice and make more sense I shot Leica vs Nikon. (It’s not like digital where the camera brand sensors and computers play a huge part in the final image. With film cameras they are just different brand boxes to hold the film in. That’s why I use some many different film camera brands). The camera lens will have some impact on the resulting photos but not enough to notice for this type of review.

For both the Leica and the Nikon setup I used each camera lens at f2 aperture to make it more comparible. Both lenses missed some photos to my annoyance (mis-focused).

The Voigtlander 35mm f1.2 ASPH lens can focus to 0.5 meters but a Leica film camera rangefinder only works to 0.7m. That means if you don’t concentrate you can have the lens set to 0.5m-0.69m and the camera rangefinder set to 0.7m and it will mis-focus. Easily done during fast paced model photography.

The Tamron 45mm f1.8 lens is an autofocus lens and it missed on some of the images. I don’t remember the lens hunting for focus and I use single point autofocus to lock on to what I’m shooting. The models may have moved but there was a higher miss rate than usual that why I think it was the lens.

Or I guess I could say I missed on some photos with both cameras! Not a good thing when shooting expensive slide film and especially when I tend not to miss when using cheap film back in the UK ha.

To see what each film could do I tried to shoot Kodak Ektachrome E100 and Fuji Provia 100F in a variety of lighting conditions. E6 slide film is known to have limited latitude compared to colour negative films. As such it is more common to shoot slide film in subdued light where there is less contrast. Personally I love hard light such as direct sunlight so I put the films to the test.

Please note that my main interest was to test the new Kodak Ektachrome E100 film as I had shot Provia before. That being the case I was shooting with the Ektachrome in mind and if I got chance I tried to shoot some Provia too. This is not a side by side film A vs film B test of each photo. Sorry. There are lots of those types of reviews on YouTube already. This was more for my interest but I enjoy sharing the results.

Here are some portraits shot in high contrast direct sunlight and metered for the mid greys (exposure). The Kodak Ektachrome image may have been shot just as the sun went behind a cloud as it was less bright vs the Provia example. Some of the Fuji Provia 100F film highlight detail was lost but the image was not terrible.

Shooting with the sun rather than across it the Kodak Ektachrome blue skies looked good and the film captured nice skin tones. (See below for blue sky examples of Fuji Provia).

These images shot in the blue hour mixing cool daylight and warm tungsten light were my favourites of the Ektachrome images. Sadly there were no Provia examples from this set. (Rubbish test I know! Apologies!)

Some images were taken in complete shade. The characteristics of the Ektachrome film in this light are completely different to the colours captured when shooting in direct sunlight.

Would I buy Kodak Ektachrome again after seeing the results? I would if Fuji Provia 100F didn’t exist! I tend to prefer Fujifilm colours to Kodak colours. When I’ve shot colour film in the past I find Kodak films can often be too yellow for my taste. This is the same when I view the work of others so it is not how I process the film which causes the yellowing. Kodak film is just more yellow. That is the look Kodak go for. Personally I prefer the cooler tones of Fujifilm. From my photos I would say this is true for Ektachrome vs Provia and also Kodak Portra vs Fuji Pro 400H. Provia blue skies look slightly cooler to me (see below) and the skin tones slightly less warm which I like. All personal preference so it depends what you prefer.

As a portrait photographer colour negative film would usually be the film of choice for skin tones. (I shoot a lot of black and white film normally but of the colour film photography I have done it was mostly C41 film). The colour film I’ve shot the most is probably Kodak Portra but I prefer the Fuji Pro400H look. I just happened to be gifted a batch of Kodak Portra when working with Kodak a few years back.

Would I shoot portraits on slide film again? Absolutely! I plan too. I really like the colours of slide film, specifically Provia and Ektachrome as featured here. Velvia can often be a bit too saturated for portraits but it is not impossible (again see below).

The fine grain of the E6 slide film is far superior to the detail captures than most colour negative films. Kodak Ektar 100 grain is finer than Kodak Portra and Fuji Pro 400H. Cinestill 50D (Kodak Vision3 50D) is also very fine grain but with it’s own colours. Personally I find 35mm Kodka Portra 400 often too grainy for my taste and I sometimes opt for the cheap Fujicolor C200 film that has less apparent grain.

Slide film is not suited to all conditions due to the limited exposure latitude. It is easy to blow the highlights (lost highlight detail) and crush the blacks (lost shadow detail) with slide films. Colour negative films however can be massively over exposed yet still retain the highlights or slightly under exposed and still show some shadow detail. For an every day film colour negative film is definitely a safer option.

The best thing about E6 vs C41 film is slide film colours scan true to what you remember seeing. That means no colour grading / colour correcting required. That saves hours in post processing for me! When colour negative film is scanned the colours can often need adjusting to get them back to how you remember and it takes me much longer than I would like.

One big negative against E6 slide film is the fact that it is not cheap. No film is cheap, especially colour film but slide film is some of the most expensive. If you have a special holiday or photo trip booked, or perhaps a client shoot that would benefit from slide film then definitely treat yourself to a few rolls to try. It is good stuff but I couldn’t afford to shoot it every week!

Film prices often fluctuate a little depending on supply and demand. Fuji Provia 100F is currently slightly cheaper than Kodak Ektachrome E100 (at the time of writing). Kodak Portra 160 seems to be the cheapest option if you want to shoot medium format colour photos. In the past 120 Kodak Ektar was cheaper than Portra 160.

See the latest film prices by clicking the links below –

The closest match colour negative film to the colour positive slide film Ektachrome, is Kodak Ektar 100. Both are Kodak films, 100 speed, fine grain, saturated colour film stocks. Here are a selection of Kodak Ektar portraits to help give a comparison between the colours of Ektar vs Ektachrome shared above.

Here are some more Fuji Provia portraits to give additional examples of the colours of this film stock. I’ve not shot a huge amount of colour film portraits but I was really impressed by the colours and detail of Provia. As with the Kodak Ektar portraits, the images are shot with a variety of film cameras (click each image for more info).

As many people think you can’t do Fuji Velvia portraits here are a few portraits that I shot on Fuji Velvia film. It wouldn’t be my film of choice for portraits but it’s not that bad either (and can be quite nice!). I think of the Fujifilm stocks available Fuji Provia is more suited to portraits than Velvia.

If you want to see how slide film compares to colour negative film this video is a great resource. The video includes side by side portrait examples and shows how each film behaves when underexposed and overexposed. It really illustrates what I described above with regards to lost highlight and shadow detail. (Great video!).