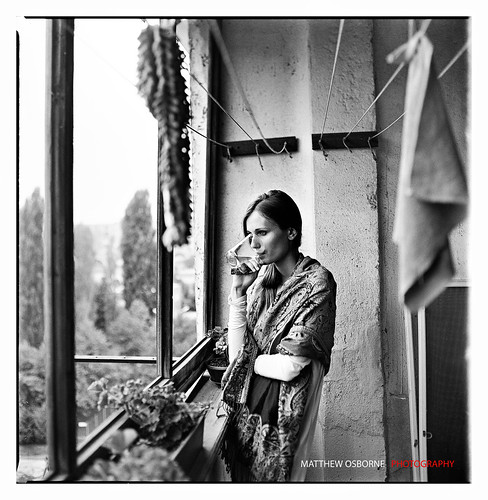 I develop my own black and white film using a Patterson tank. Here I used Rodinal Stand Development, 45mins 22 degree with 1 inversion (so semi-stand developing really). I used 1:150 rodinal to tap water. Once dried negatives were scanned with a Epson v600 scanner then cleaned up and contrast enhanced in Photoshop Elements 6. I found the negatives to be a little flat (with lens contrast) so next time I will develop for less time so the shadow stay black. I will also invert more than once to make the highlights brighter (as during stand developing highlights develop first then if left longer shadow detail next. I normally use Kodak T-Max 100 and 400 film. T-Max has a finer grain structure and can look more like digital if very sharp and contrasty. Ilford FP4+ film is more grainy with nice tonality give a more filmic look i think. I like it but i think for 35mm film FP4+ developed in Rodinal may be too grainy for my portraits (however fantastic for architecture). 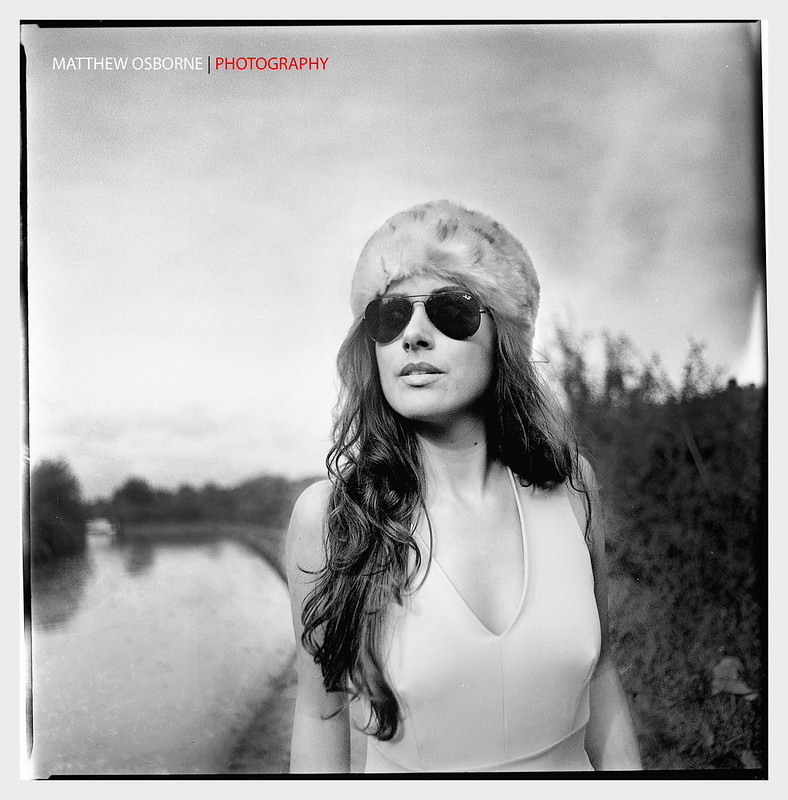 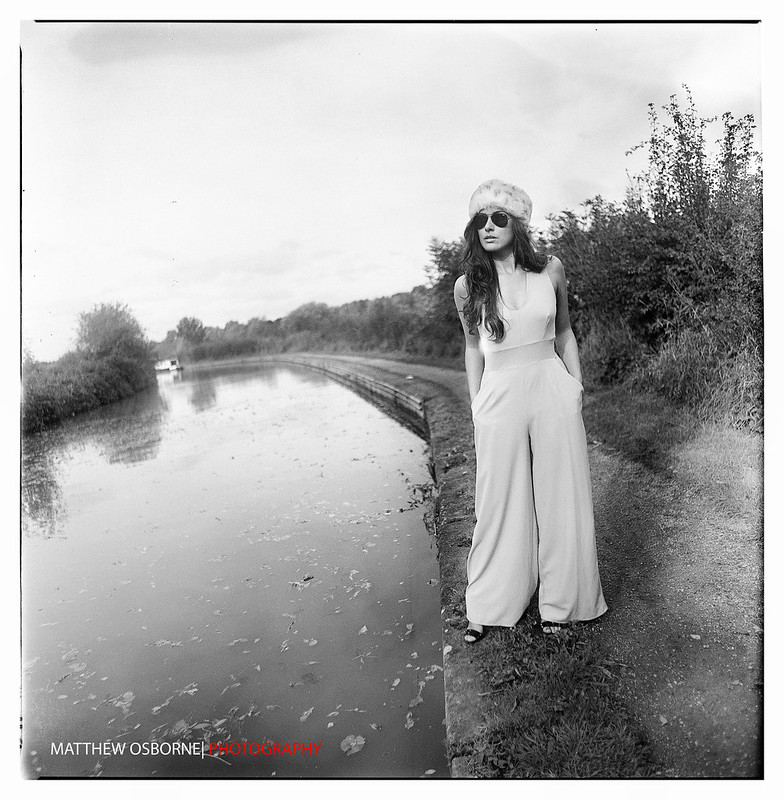 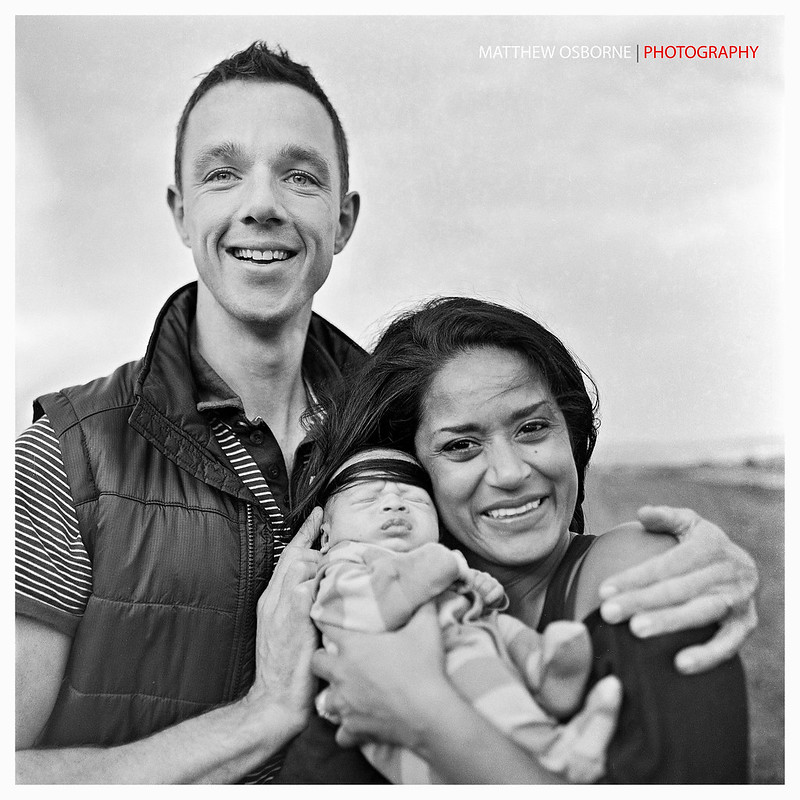 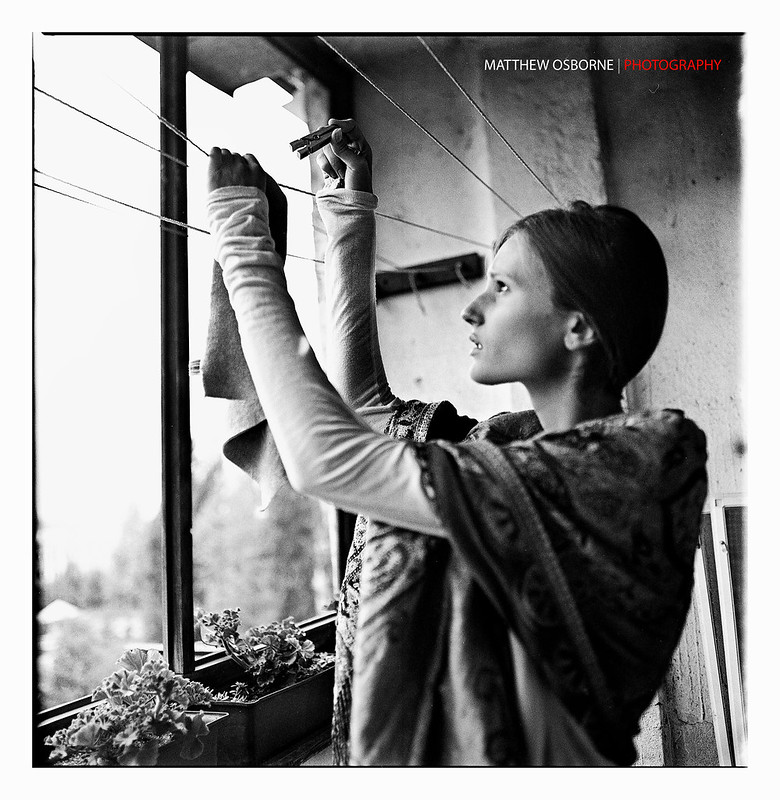 As a comparison to the above photo shown, here is the same photo with the Leica M9 in colour. I have to say on this occasion for me the 35mm digital vs. medium format film battle is won by the 35mm digital. 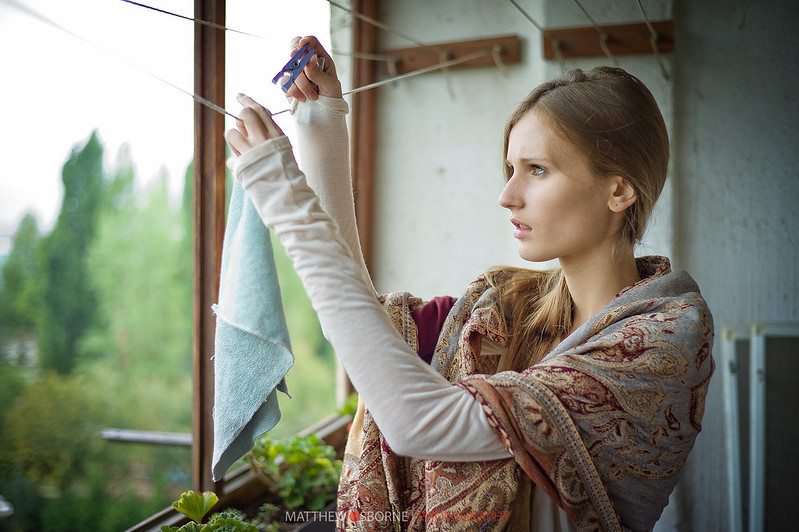 Here are a few old photos from when I shot my very first roll of black and white film on my late Grandfathers 35mm Yashica MG-1 .  It was also the first roll of film I ever developed – December 2012. I was both amazed and overjoyed when this seemingly old fashioned process of developing black and white film at home actually worked!   Even now they are some of my favourite film shots. They look like film and have a great retro feel, rather than all the later 35mm Kodak T-Max shots that looked more modern. 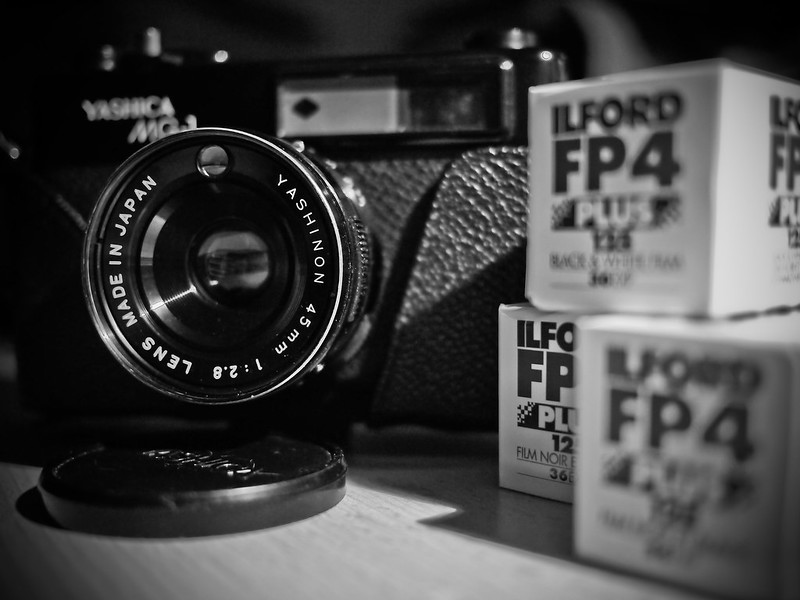 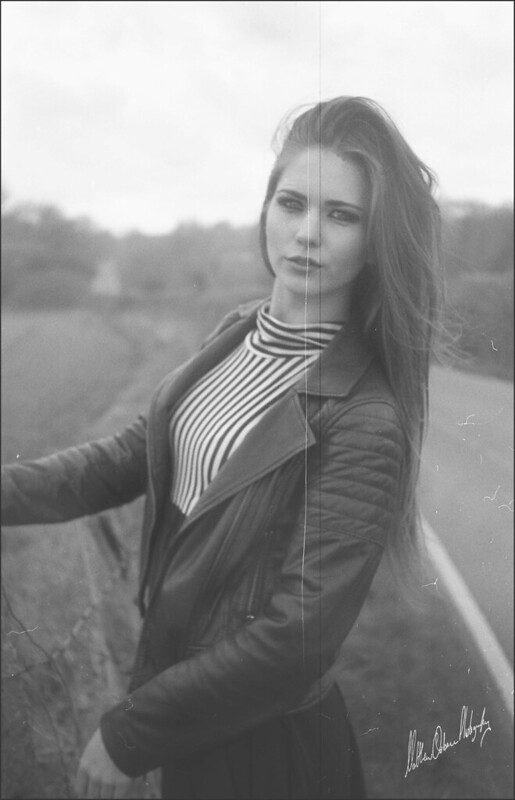 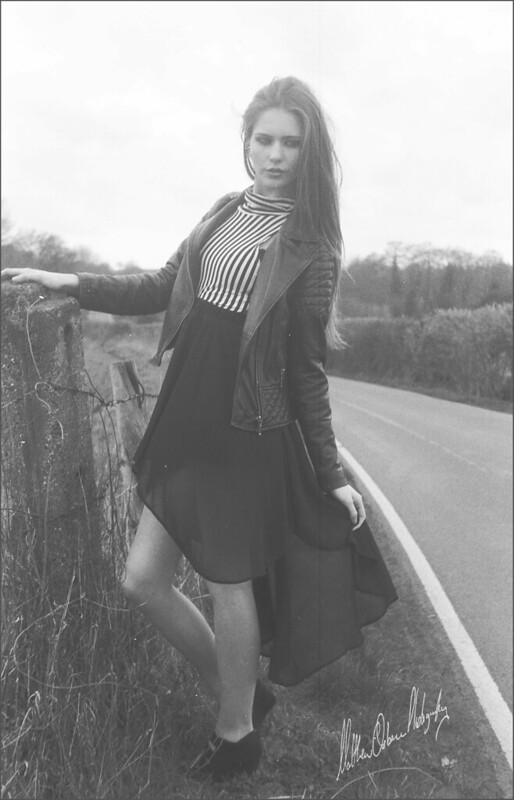 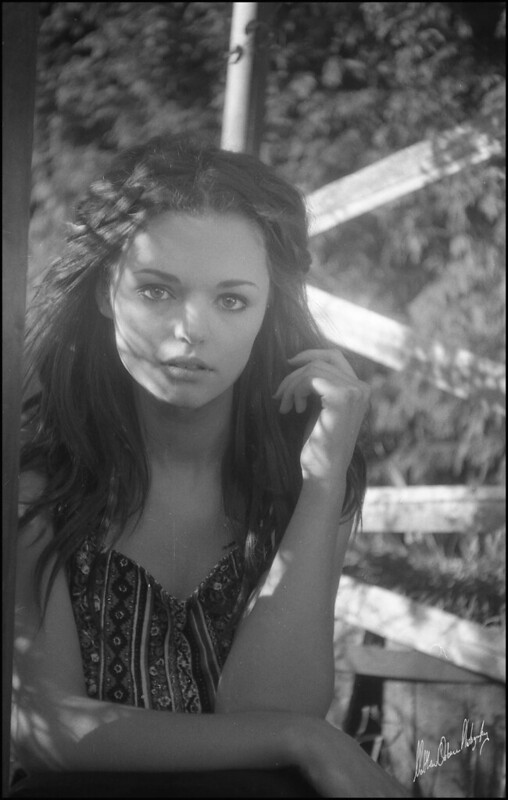 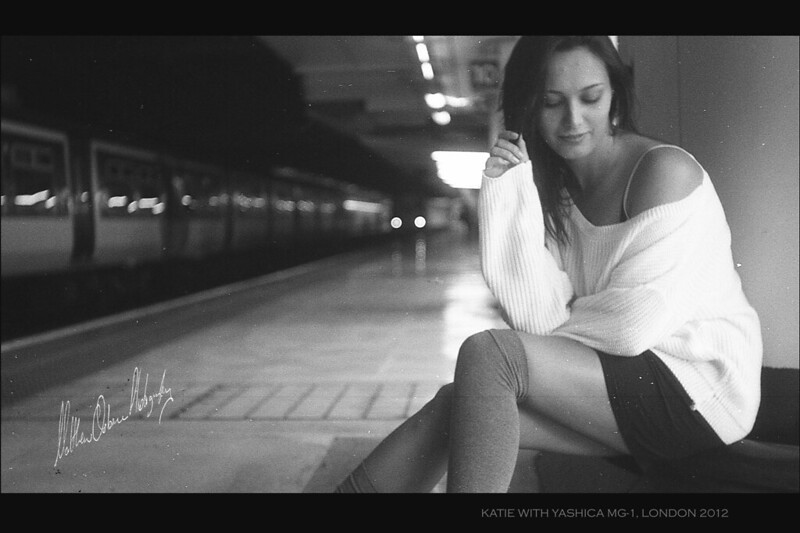 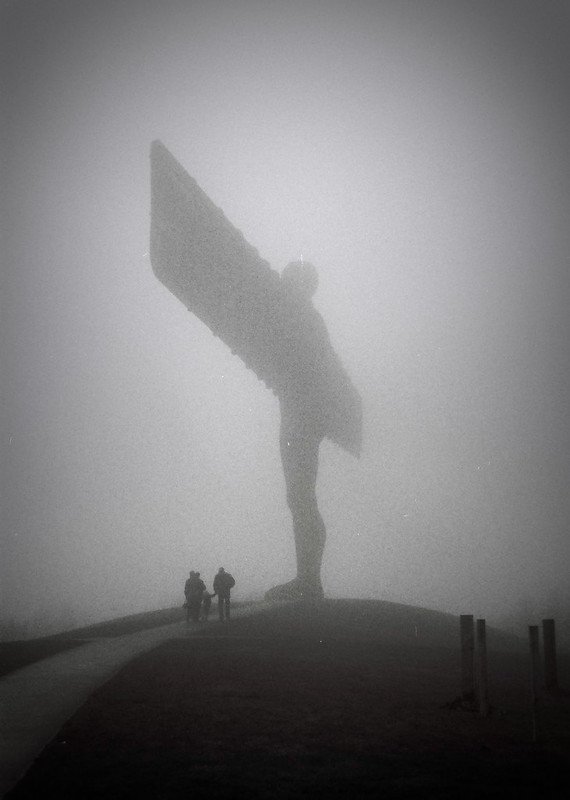 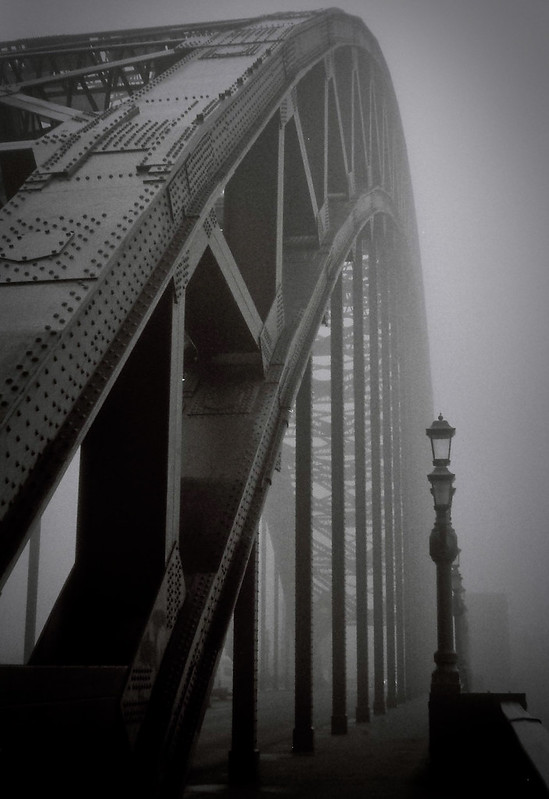 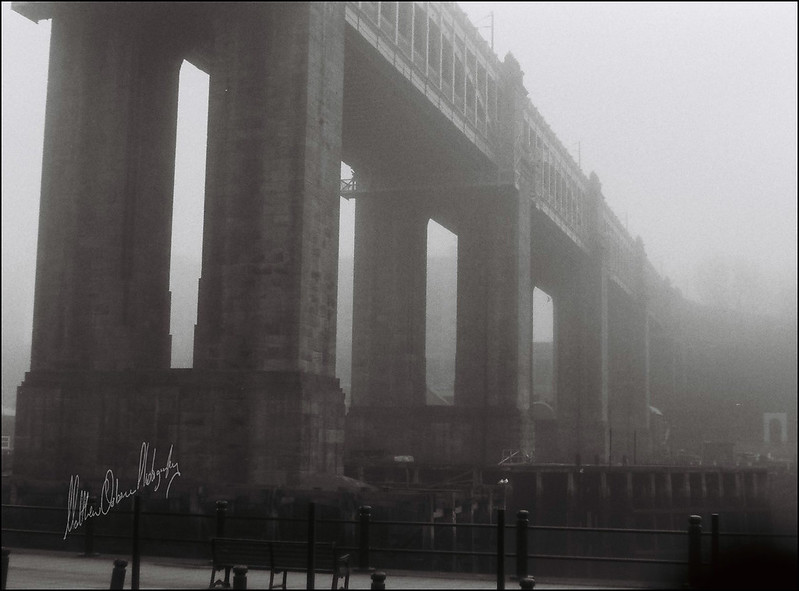 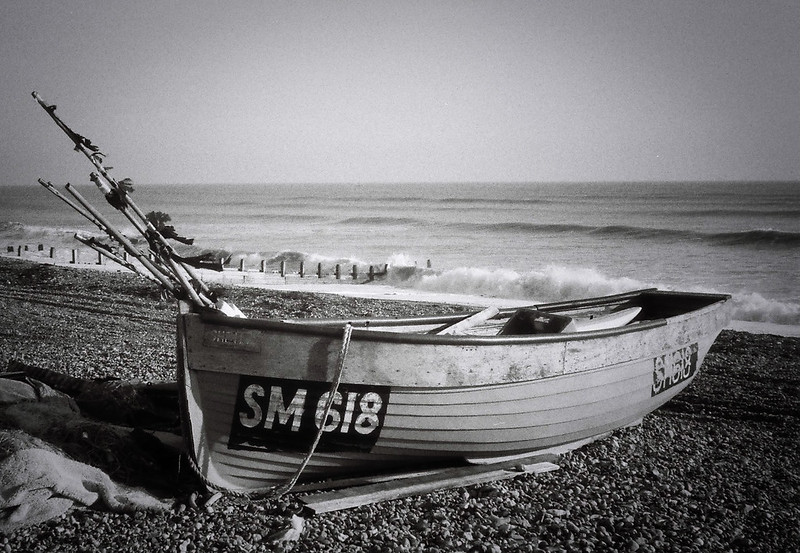 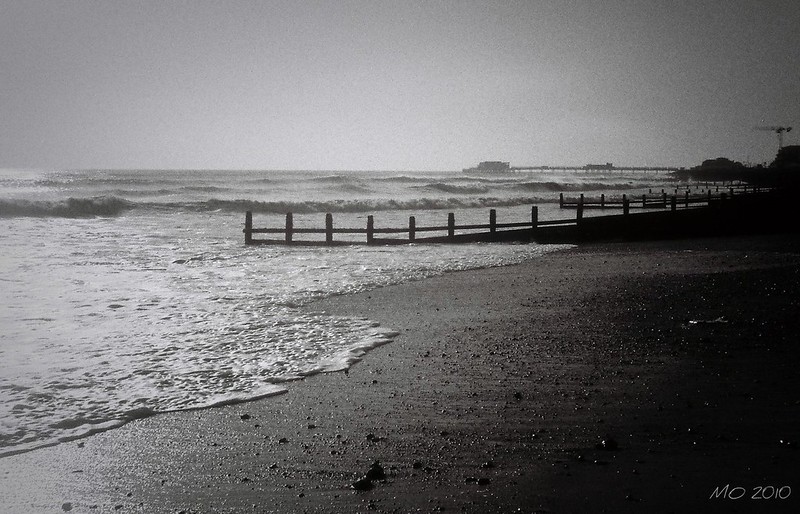 I think when film can offer me something extra or different to digital then I get excited. During 2013 I shot almost all Kodak T-Max film. I then bought a digital 35mm Leica M9 rangefinder camera. The results from the M9 look filmic due to the Kodak CCD sensor. As a result my use of film temporarily stopped. Ilford FP4+ film gives a look that is more grainy that the images from the digital Leica and with a much greater dynamic range.

As I still have a Voigtlander Bessa R3A 35mm rangefinder film camera that uses my amazing Leica M mount lenses I am now excited at the prospect of shooting some 35mm Ilford FP4+ film. I have a roll of 35mm Kodak T-Max 100 in the camera at the moment and but I will definitely order some 35mm FP4+ film to try next. I also want to try some ADOS film as I have a soft spot for high contrast black and white images.

Tonight I developed a roll of 35mm T-Max 100 that was shot on the Voigtlander Bessa R3A at ISO 400 at the start of the summer (before the Leica M9 arrived). Most of the photos were shot at the end of the day in low light conditions using the Voigtlander Nokton 40mm f1.4 lens at f1.4. Taking this into consideration, I decided to use Rodinal stand development 1:150 ratio again for 45mins but this time with 3 inversions during the stand. The plan was to push the highlights (so brighter) and underexpose the shadows (to give black blacks) to give some punchy high contrast negatives. The negatives are currently drip drying over the bath but I think at first glance I will have contrasty negatives that may be a little dark (perhaps) but I can brighten the highlights when I scan tomorrow if I need to. I did the shoot while in Edinburgh on a work trip with local model Emma and that combination usually produces some very rewarding images. New Kodak T-Max images coming soon!

Ilford FP4 125 35mm film was the first film I tried, in my late Grandfathers 35mm Yashica MG-1 back in 2012.  FP4+ film has a classic grain structure and negatives often have a vintage low contrast grainy appearance.  I find the grainy appearance of FP4+ and Kodak Tri-X 400 can sometimes be too much for my female portraits shot on 35mm film so I wanted to try to minimize grain when developing. 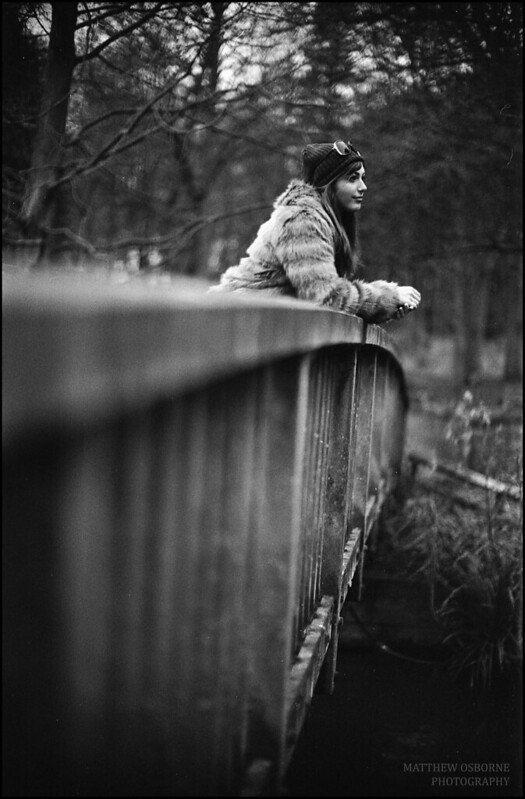 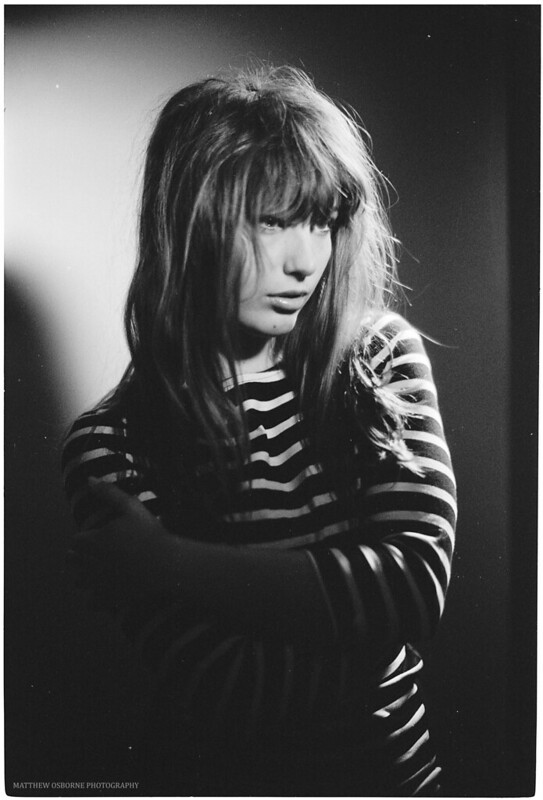 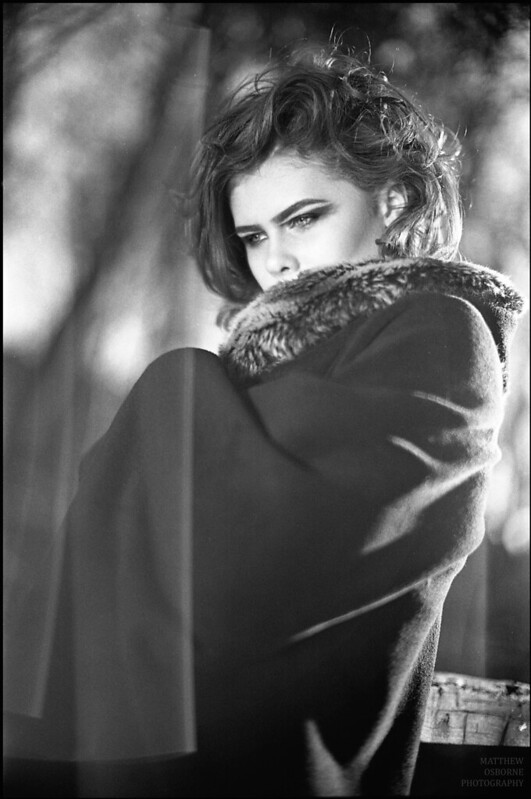 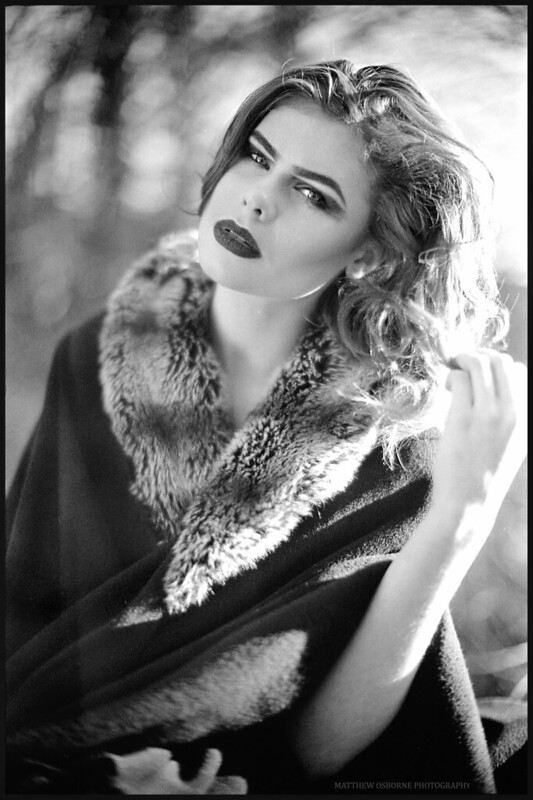 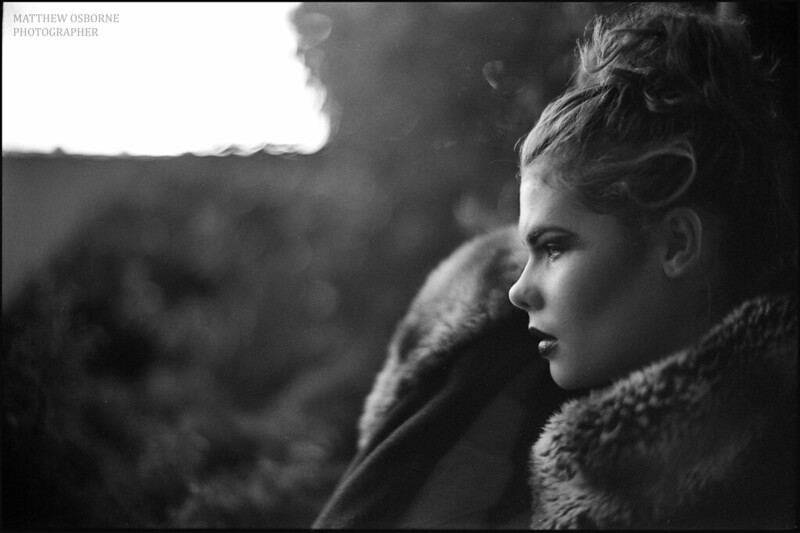 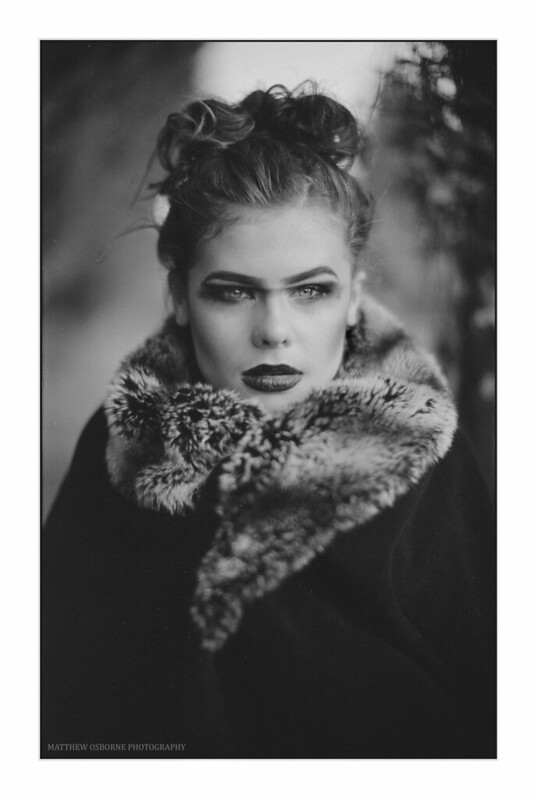