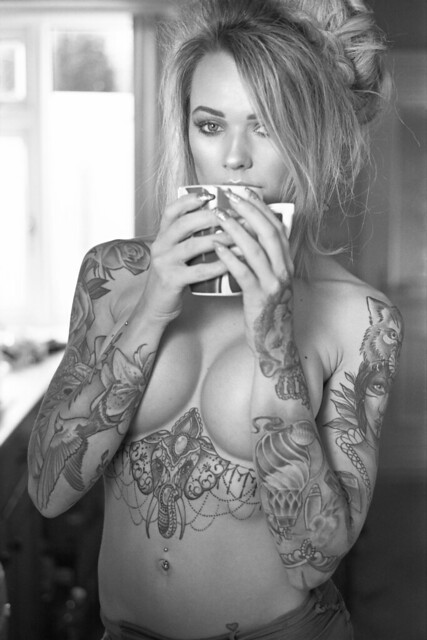 A short Kodak TMax 400 review / article to share some of my 120 and 35mm film portraits using this film. For me T-Max 400 is one of the best black and white films currently manufactured / available.

“TMax 400 film has a high efficiency, multi-zone T-Grain emulsions, raises the bar for 400 speed black and white film performance. T-Max 400 has fine grain, high sharpness and delivers , a level of clarity previously only achievable from a 100-speed film”.

When people think of Kodak black and white film they probably first think of Kodak Tri-X not TMax. Kodak T-Max 400 film was revised in 2007 to the fine grain film that we know today. 3 years earlier, in 2004, Kodak celebrated 50 years of Tri-X which was first released in 1954. Kodak Tri-X has been around a lot longer than TMax and was popular with photo journalists and amateurs alike. For me however I prefer Kodak TMax vs Tri-X. I don’t mind 120 format Kodak Tri-X film but for my portraits I find 35mm Tri-X too grainy. Kodak TMax 400 however is amazing in both 35mm and 120 formats (*for my taste).

It was merely coincidence but at the time I was starting to get into film photography Kodak had released their new T-Max 400 film/ formula. I was shooting Kodak TMax 400 film together with Tri-X 400 and other black and white films, enjoying experimenting with this new-to-me photography medium. I shot an image of a young girl/ model-to-be in Ukraine while there on business.

My camera at the time was a rebranded Kiev 88 called an ARAX-CM, also know as a “Hasselbladski” or a poor man’s Hasselblad. I shot an image of Julia on Kodak TMax 400 film and Kodak spotted it and got in touch. Kodak invited me to write a piece for their Kodak 1000 Word Blog and to share some of my work. At the time it was pretty amazing to be spotted by a big brand and it was all thanks to the TMax 400 film I was using.

Mr Leica on the Kodak Blog!

Here is the article I wrote for Kodak after they spotted this image I took of Yulya (“Julia”), Uzhgorod, Ukraine – Kodak 1000 Word Blog – Shooting Film

Even though at the moment I shoot mostly Fomapan 100  Classic 120 film (due to the low cost and reliable results) I still shoot the occasional roll of Kodak TMax 400 120. (More so in the past but only because I currently bulk buy Fomapan film) Using 120 Kodak TMax 400 in my Hasselblad cameras and other medium format cameras (Mamiya RZ67, Fuji GF670 as two examples) has given me some nice images. I enjoy the fine grain and sharpness especially from TMax so for this reason I find 35mm TMax 400 particularly impressive/ useful (see more below).

I use Kodak TMax 400 35mm in the Leica film cameras (currently the Leica M4-P or Leica M3 mostly), the Nikon SLRs (usually the Nikon F5), the Hasselblad Xpan plus other 35mm film cameras. I love the sharp detailed images and TMax is quite forgiving when it comes to developing.

My current favourite film in 35mm format for when I need great results is Kodak T-Max 400. I’m still a big fan of Ilford Delta 100 (and Ilford Pan F 50 film) but when shooting in the UK often there is limited available light. T-Max 400 gives me a 400 speed Ilford Delta quality (to my eyes) and coming from shooting mostly Kodak B&W film I tend to go for TMax 400 vs Delta 400.

My usual Kodak TMax 400 developing method is to use Kodal Xtol developer or to use a soup of Xtol and Rodinal. Most of the example images in this article were developed in Xtol. When I first started out with film photography I used to develop Kodak TMax 400 in the Rodinal developer. See below for a few older images and some Rodinal – TMax examples.

For Ilford HP5 Plus film I was a bit of a late comer. When I started out with film I was been using mostly Kodak black and white films, both TMax films and Kodak Tri-X. I wouldn’t consider buying 35mm Ilford HP5 today as I prefer fine grain films but for 120 Ilford HP5 I have started to use it, especially for low light. I would happily shoot Kodak TMax 400@800/ 400@1600 but I don’t think I would try it at ISO 3200 or ISO 6400.

For Ilford HP5 I shoot it at ISO 3200 and have meant to shoot it at ISO 6400 but haven’t had chance yet. HP5 is a low contrast film so is easier to push process from my experience. Kodak TMax 400 has nice contrast normally but when pushed too far I expect to lose shadow detail. (*I still need to do a write up for Ilford HP5 film – I will link it once available).

Here is a Ilford HP5 Plus Teaser as an example –

As with all film stocks, sadly in the time I have been shooting film the prices seem to increase year on year. I buy multi-pack film as often as I can to try to get to lowest unit cost. Amazon stock both Kodak TMax 35mm and 120 formats. Click here for the current TMax 400 prices –

As you probably gathered from this article, I am a big fan of Kodak T-Max 400 film. I especially enjoy the 35mm TMax and just hope the price of film doesn’t keep increasing at the rate it has been doing. (The price of TMax 400 film today is 50-60% more than when I was buying it 3-5yrs ago).

More Black and white film posts (a sample of!)