(1) This post covers my first impressions during the first week of getting my new used Leica M9 camera (and first thoughts vs my Nikon D800).

As you may have read in my recent blog posts I just bought a used Leica M9 camera body on eBay.  Seller Jefferson was a super nice guy and answered all my many questions before I parted with my hard earned cash. 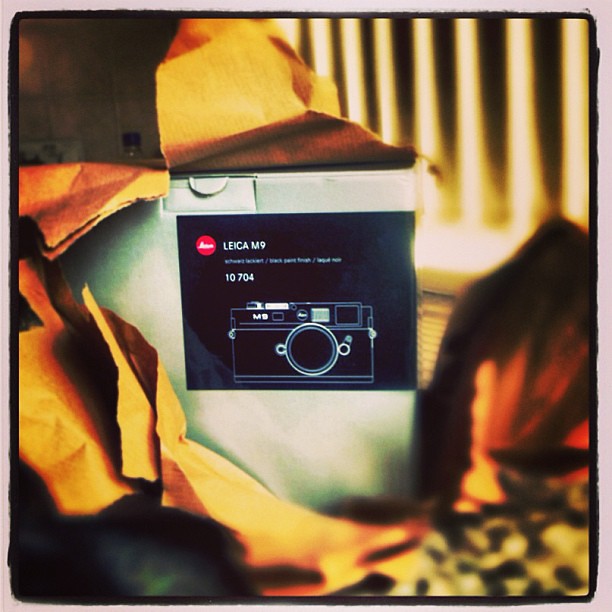 So, onto my first impressions Leica M9 review. I was immediately impressed just by the box it is packaged in. You can see a lot of thought when into it. As I only bought a body the first thing I did was to attach my Voigtlander Nokton 40mm f1.4 lens. A favourite and the reason for getting the M9 strangley enough. Jefferson had kindly charged the battery so I spend the first evening taking photos of random objects around the house. I chose this photo to share as firstly it shows you what the Leica M9 & Voigtlander 40mm f1.4 combo can do but mainly how having a Leica M9 in your hand makes you see the world differently! More of that to come.. 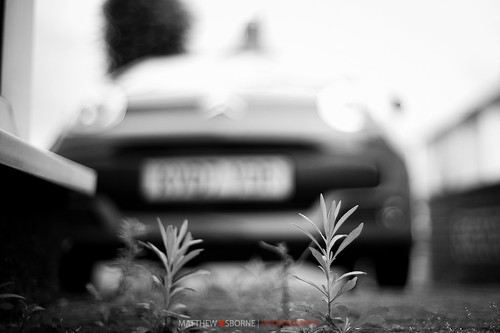 Leica M9 – Test Shot, a photo by MatthewOsbornePhotography_ on Flickr.

I normally shoot as a model photographer / wedding photographer so I put an advert up on Facebook “Test Shoot – Model Wanted” ready for the next evening.  I wanted to test the Leica M9 for Model Photography.

Model Vickay came over and we shot around 200+ images, some with strobes, some without, all on ISO 500 as I had not worked out how to change the ISO at that stage! (Thanks Ken, on Flickr for coming to my rescue!)

Here are a few samples from the model shoot: 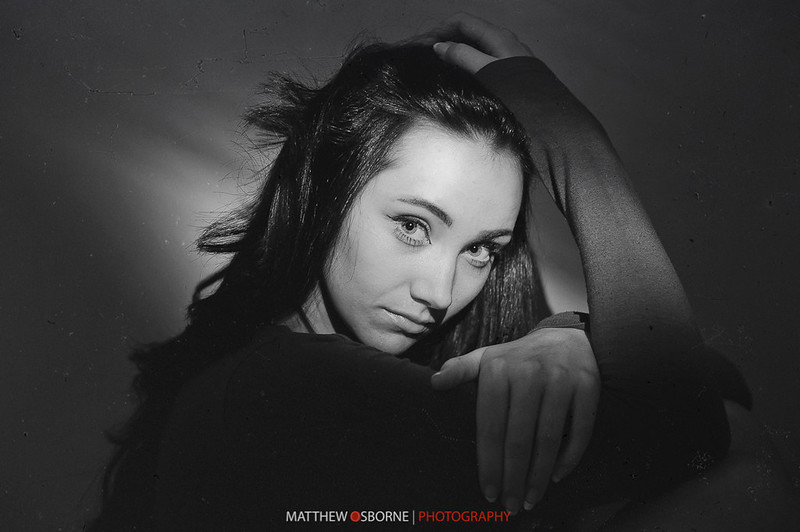 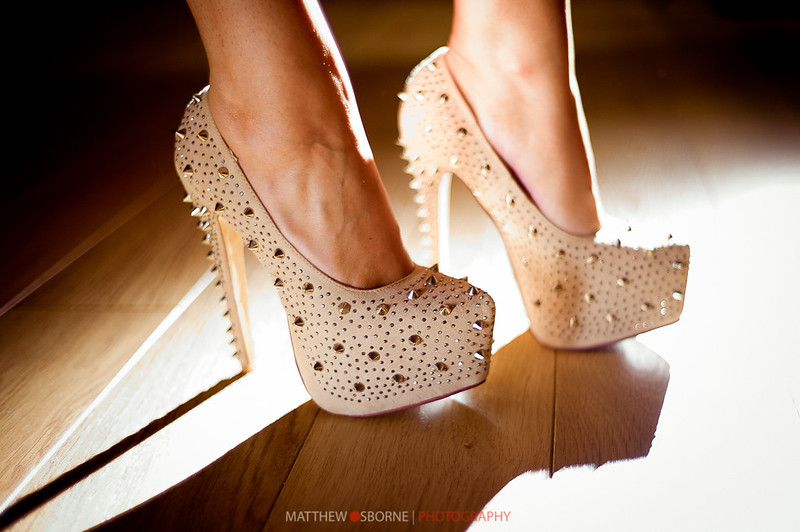 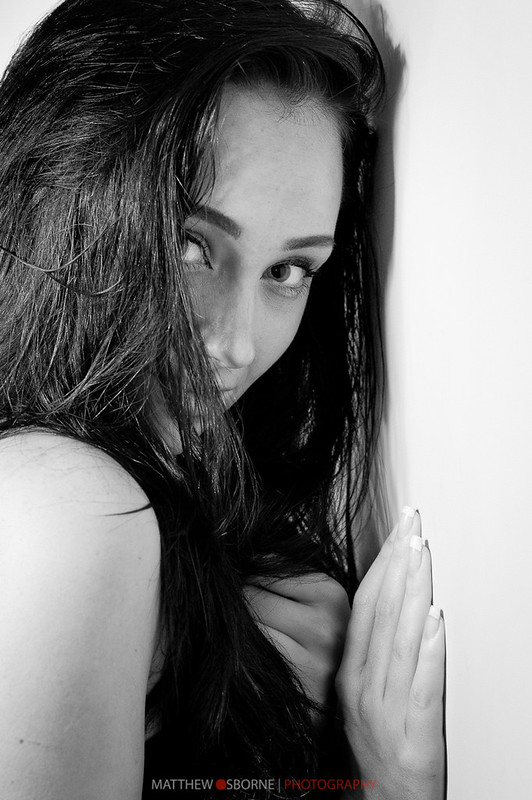 After 2-3 hours of model photography style photos I had some clear opinions on the Leica M9. To give this article some context I normally shoot with a Nikon D800 36MP DSLR as my main camera (using MF lenses in manual mode) plus medium format and 35mm film cameras. (I will do a seperate Leica M9 vs Nikon D800 comparison in a separate post).

The next point I must make is I realise the Leica M9 is not normally used for fashion photography or anything that can be fast paced but I like to push myself I think that just because othes don’t do it, it doesn’t mean I can’t! 🙂

Small size makes it appear less threatening to the model (especially new models) when compare to the Nikkor 200mm f2 AI-s lens on a DSLR body.

The tiny lenses mean location shoots would far easier with less gear to carry. I could have the Leica M9 around my neck and have an addition (perhaps wide lens) in my pocket and that is it for camera gear. This make me far more flexible as to the locations I can work in.

I love the fact you can shoot static subjects handheld without leaning against something at 1/4 at obtain sharp results.  With a wall or other support I think 1/2 or 1 second is do-able if there is insufficient light and you want to keep ISO below 800.  This is FAR better than a DSLR and the soft touch feature of the Leica M9 helps minimise camera shake when taken a photo. Nice.

Super solid and far more like my old film cameras than modern day flimsy plastic ones. (see my very short lived experience with a Sony NEX6 on a previous post!). The Leica M9 feels like it is build to last and is on a par with the build of most Leica M glass from Leica, Zeiss and Voigtlander (to name a few).

This was an unexpected Biggy* for me. Many lenses (I’m sure some don’t) have a minimal focal distance (“MFD”) of 0.7M. I am used lenses on a DSLR having a MFD of 0.5M or less so I now realise my photography style is often to get in very close for tight crop shallow DOF photos. I found myself frustrated and having to back up for each model photo until I was at the 0.7M range for the lens to focus.

I have used this focus system on my Voigtlander Bessa R3A and Yashica MG-1 but I prefer the SLR style see-the-photo in the viewfinder, in every way. Using my huge Mamiya RZ67 is a dream because of that viewfinder and seeing exactly what you will get in your photo. I much prefer this plus I do not have to focus my subject in the centre of the viewfinder and then re-compose for each shot.

DSLRs are made to fit the hand and I can do a 14hour wedding without too much discomfort. The Leica M9 is not build for comfort so I may look at getting either the hand grip, plastic eye cup (if exists) and any other assessories that may help.

Again coming from DSLR roots, when shooting in full manual mode/ manual lenses I found I can work fast and keep a nice tempo for model photography so model are rarely waiting. The rangefinder focusing is slower (for me) so I need to master it, but for now this is a negative for me. (Note this is being marked for the model photography / wedding photography environment that I most often work).

Practise makes perfect… I need to shoot more with my Leica M9.  I have only had the camera 3 days so an update will be posted once I have had the camera longer.  The Nikon D800 will not be going on eBay and I look forward to using both camera side by side going forward.

I’m sure you have learnt nothing new from that mini hands on review and I am sure everyone with tell me the Leica M9 is a street photographer’s camera but this review is just my thoughts for my style of shooting.

Check a back soon for more examples and updates!  🙂

My last post – Leica M9 For Model Photography tested the Leica M9 in my normal field of work. Yesterday I got some down time with the Leica M9 so wanted to give my first impressions for the Leica M9 as a Creative Tool.

Here is a shot from yesterday after morning coffees. Taken with the Voigtlander Nokton 40mm f1.4 lens at f1.4. DNG file converted in LR3. Leica M9 – Coffee Time, a photo by MatthewOsbornePhotography_ on Flickr.

The Leica M9 is a fantastic creative tool. Because it feels like using one of my film cameras every shot taken is carefully considered which often results in a better photo. A Leica M9 with a single lens such as the Voigtlander Nokton 40mm f1.4 menas you spend less time worrying about what lens to use and more time chosing your composition. Due to it’s small size it is very easy to take the Leica M9 everywhere with you meaning you are more likely not to miss a special shot.

For anyone that used to follow me on Flickr, when I first started out with my photography journey back in 2010, I used to use a Panasonic Lumix G1 and often with a Voigtlander Nokton 40mm f1.4 lens attached. My style was varied and creative. As my cameras increased in size – Nikon D90, then Nikon D700, then Nikon D800 and the lenses got bigger too peaking at the Nikkor 200mm f2 AI-s I was less and less likely to have a camera with me unless on “a shoot”.  A shoot being a model photography or wedding photography job. As a result the variety of my Flickr stream plummeted and I was posting 99% people photos.

I think the Leica M9 will help me capture what I see when I see it and in turn let me produce a wider variety of creative pictures.

Here is another from yesterday. 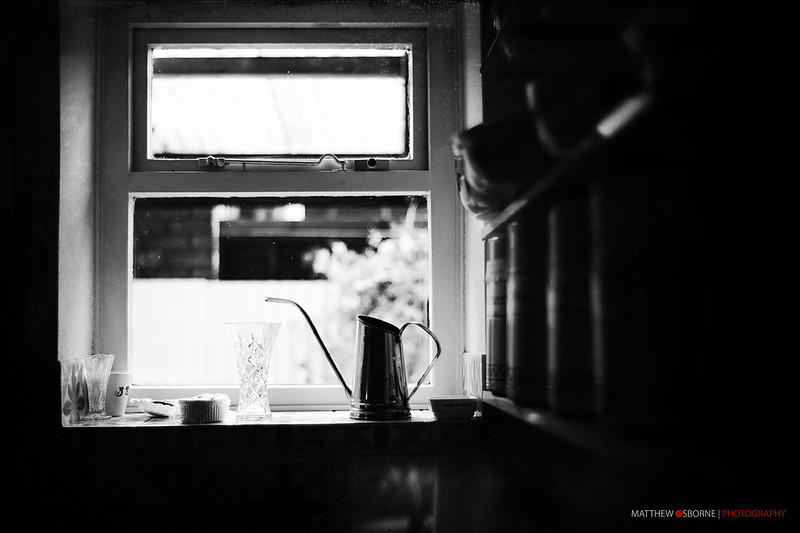 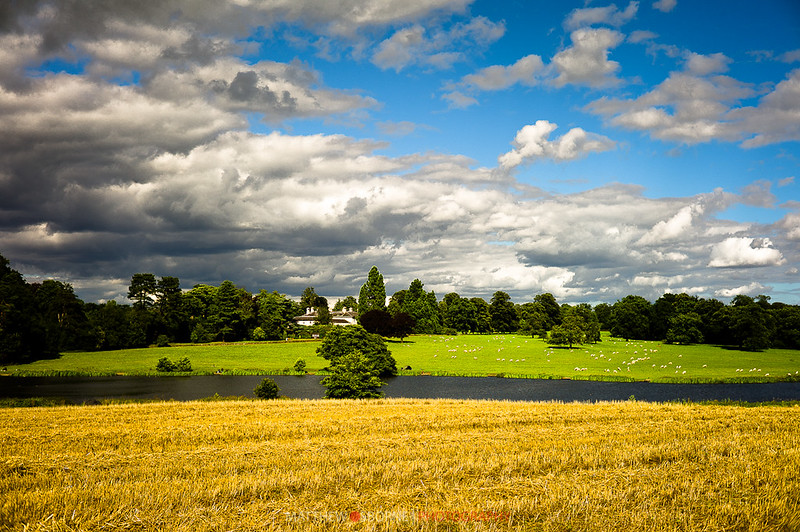 On Day 4 I am happy with my Leica M9 purchase and am getting to grips with fast focusing using the rangefinder. I like how the Leica M9 lets me see and capture the day to day objects and in creative form.