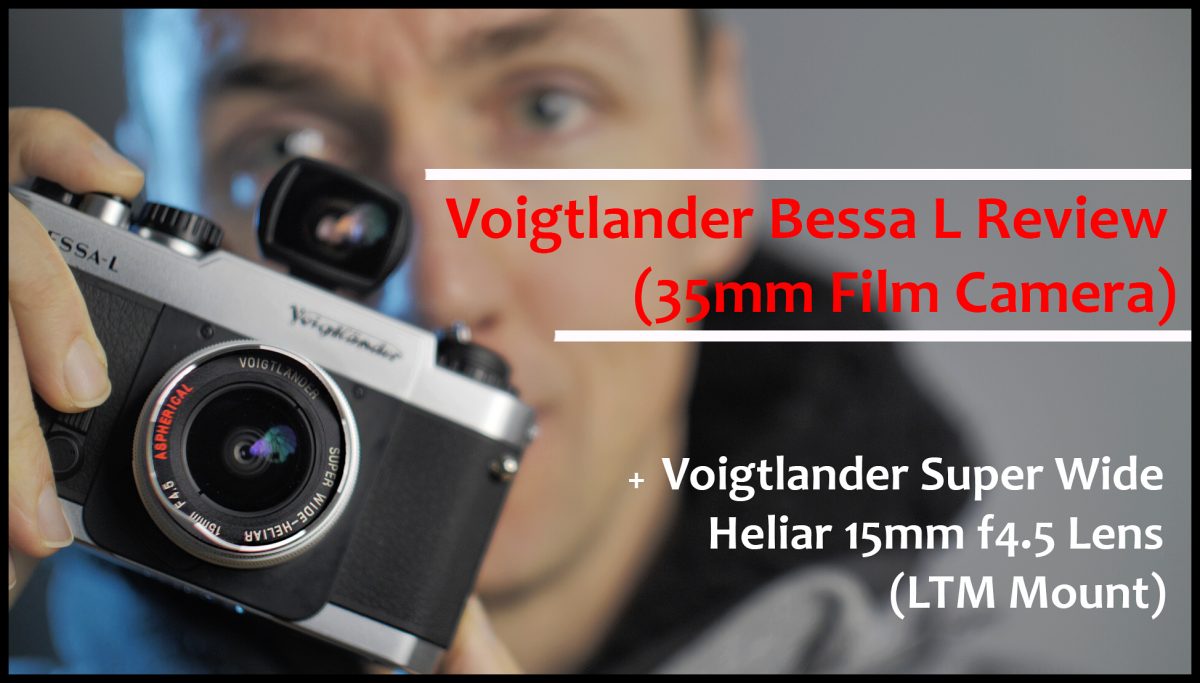 The Voigtlander Bessa L camera is my most modern film camera.. I think. (Actually my Fuji GF670  is my newest film camera, released in 2008 and made until 2014). The Bessa L camera was slightly earlier and was introduced in 1999 and produced until 2003. That makes this camera 60 years newer than the Leica iiia camera I use! Funnily enough it was the Leica iiia camera that lead me to buying the Voigtlander Bessa L!

As with most of my camera purchases the Voigtlander Bessa L camera buy was completely unplanned. It wasn’t until the end of the buying decision when I was deciding between different Voigtlander film camera models that I went for the Bessa L model. I was not on the market to buy another 35mm film camera but when I discovered the Bessa L there was no going back!

Voigtlander Bessa L vs T (or R and variants)

One decision you may have if you look to buy a Voigtlander Bessa film camera is which model to buy. There is the Voigtlander Bessa L, T, R, R2, R3, R4.. I wont list all the camera specs of each version of the Bessa as you can find this information online already. What I will do is just list some of the key features to be aware of – see below. (This is what appeared important to me but your camera specs wish list might be different).

The Voigtlander Bessa L has the following features. I compare the Bessa L to my Leica M6 as that is a camera many rangefinder camera fans probably know of.

3 Reasons why I bought the Bessa L camera

My ‘need’ that related to buying the Voigtlander Bessa L is could I find a lighter version of my beloved Leica iiia camera. The camera had to weigh less than the 410g Leica iiia (which is already around 100g lighter than a Leica M camera).

The camera also needed to be LTM mount as my smallest lightest lenses are LTM lenses (Leica thread mount). (Review and YouTube video of my LTM lenses soon!). When searching the web for such a camera I somehow stumbled across the Bessa L camera. At first I was tempted by the Leica T camera which has a Leica M mount. Why. Because I have more Leica M mount lenses so it seemed to make better sense. I then realised my sole purpose of this camera purchase was to get the lightest setup. The Voigtlander Bessa L is only 320g(!!!!) making it the lightest Cosina Voigtlander camera as far as I know. The Bessa L is also LTM mount. Tick box.

The final reason that sold the camera to me was the fact that the Voigtlander Bessa L has no rangefinder. Why is that good? It is good as my Voigtlander Bessa R3A camera rangefinder has nearly always been out of alignment (even after having it repaired at least twice). Cosina Voigtlander rangefinders are not built as well as a Leica rangefinder. Repair guys have said to me “just buy a Leica”, in the days before I had a Leica!

One reason why you don’t need the Bessa L!

The obvious argument against buying the Bessa L is I could just use the Bessa R3A camera and zone focusing. Wallah! I have the same setup as the Bessa L and I save some money. Yes except the Bessa L is smaller and lighter so that was my argument to buy.

If you are a normal person (and are not trying to save one or two grams like me!) you can use any Leica M or Cosina Voigtlander camera. Get the 15mm Voigtlander lens and zone focus and you have basically the same setup as I am enjoying.

For my ultra running training miles and cycling adventures (previous called Ironman training!) I just prefer to have this lighter camera setup.

As a portrait photographer I wanted to try the Bessa L for portraits even with the Voigtlander 15mm lens attached. Here was my first attempt! (Cropped as a square).

Do you remember the APS film cameras of the 1990s? I do. I had one myself (as a non-photographer/ starting to realise I maybe like photos person). It was years later before I got into photography so i’m not even sure what camera I had. Some cheap point and shoot I think. I just remember being able to capture these ‘amazing long photos’ (panoramas / panoramic images).

It wasn’t until very recently that I gave this topic any thought. Did you know that the long impressive APS film images are just a narrow crop of a standard 35mm film negative!? I feel stupid for not realising this sooner but the point I am very slowly trying to get to is I can now do panorama images with my wide lens Voigtlander Bessa L camera setup!

(I may cover this in more detail in a future post if it is something I get into but in very simple terms it gives me a cheap lightweight compact Hasselblad XPan to play with!). (The XPan is of course better but for fun photos I want to experiment with the Bessa L).

If you see the Kentmere 400 film review or Ilford Pan 400 film review you will find more example images using the Bessa L camera. (I will link these reviews once they are written!)

As mentioned the Voigtlander Bessa L comes with a 15mm lens attached and it’s own hotshoe mount Voigtlander 15mm viewfinder. The standard lens on the Bessa L camera is the Voigtlander Super Wide Heliar 15mm f4.5 lens which is the LTM mount version. The LTM mount lens is different to the Leica M mount Voigtlander Super Wide Heliar 15mm as it is smaller and can focus to 0.3m vs. 0.5m. A great feature that I will use/ am already using. The LTM lens can be used on a Leica M camera via the Leica M – LTM adapter.

For Leica M film cameras and Leica M digital cameras I already use the Voigtlander 15mm f4.5 Super Wide Heliar M mount lens. Optically I believe both versions of the lens are the same so you probably don’t need both. I only bought the LTM mount lens (which came on the Bessa L) to use specifically on LTM mount cameras (to get the smaller possible setup).

On my digital Leica M240 and Leica M9 cameras I experience purple edges from the Voigtlander 15mm lens. This is not an issue if you shoot in black and white or on a crop sensor camera body but it’s worth noting. The lens should be fine on the Leica CL or Leica M8 for example.. or even a Lumix GH5.

If this article hasn’t given you an idea of how much I am liking the Bessa L camera then my YouTube video might (below). If you are looking for a lightweight LTM camera body or a cheaper alternative to a Leica you may like the Bessa L. If you enjoy the Leica i, ii or iii but want a camera that you can use faster (faster film loading, film advance, film rewind) and/ or you want a built in lightmeter then the Voigtlander Bessa L is a camera you may want to consider.