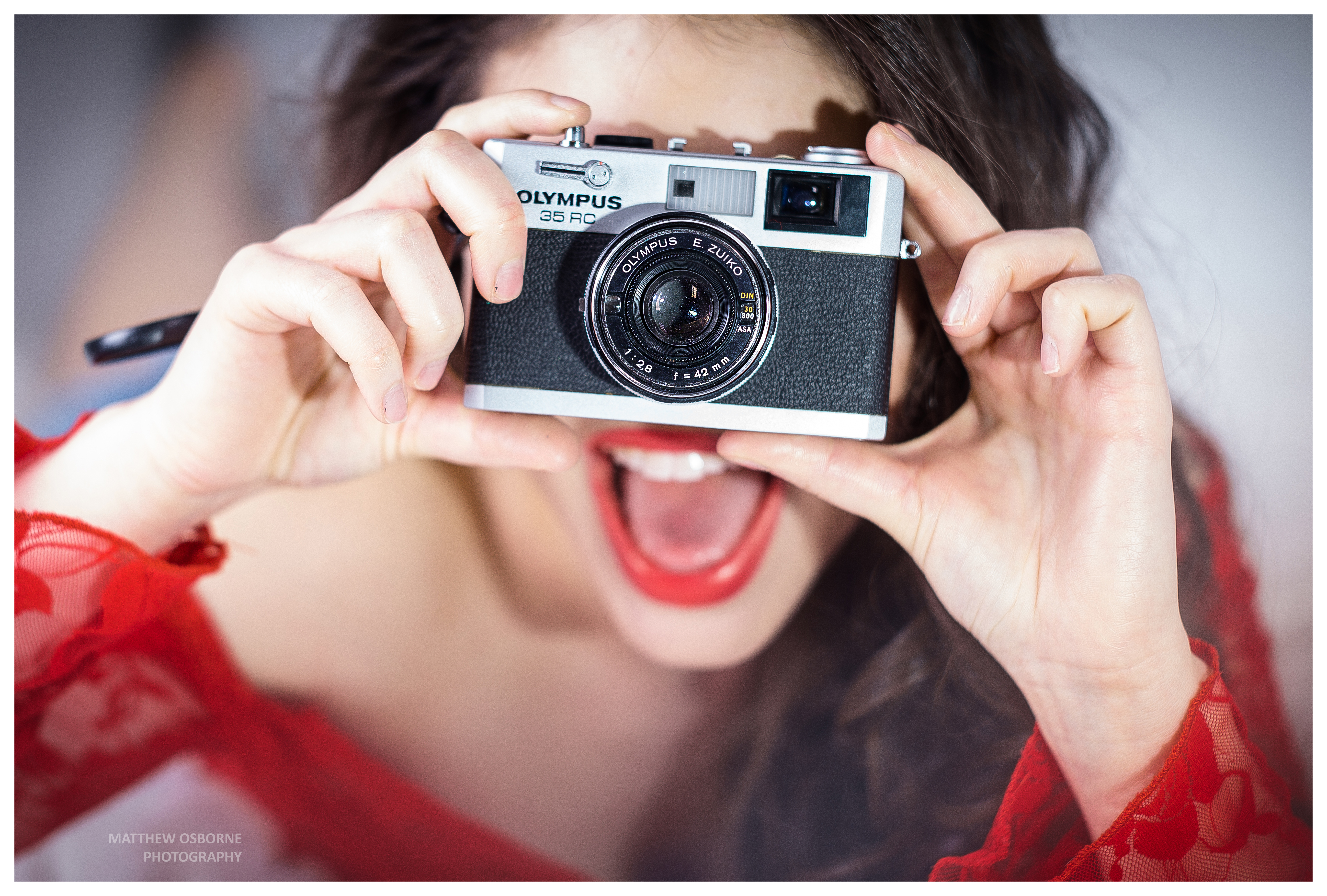 My Olympus 35RC review after buying the camera – Bargain priced little 35mm film camera that can be found on eBay.  Some of my Olympus 35 RC Flickr images below together with camera specs and more info.

After buying my little Olympus PEN-F 35mm SLR camera in January it got me thinking about something similar but a rangefinder camera.  I tend to prefer rangefinder cameras as I find them easiest to focus.  I do love using the Pen-F SLR up close (when I am used to having to be 0.7m meters away from my subject with my Leica M cameras) but for subjects more than a meter away give me a rangefinder every time.  I loved the small size and lightweight build of the Pen F so I looked for a similar sized Olympus rangefinder camera that had received good reviews and with decent quality example images on Flickr.

I decided on the even smaller and even lighter 35mm Olympus 35RC rangefinder camera.  Weighing only 415g the 35RC is now my lightest and smallest camera.  Released in the 1970s in Japan the 35RC claimed to be the smallest 35mm rangefinder camera in production.  The Olympus 35RC unlike my Leica M cameras (and the Olympus Pen F) is a fixed lens camera and comes with a Olympus E Zuiko 42mm f2.8 lens. 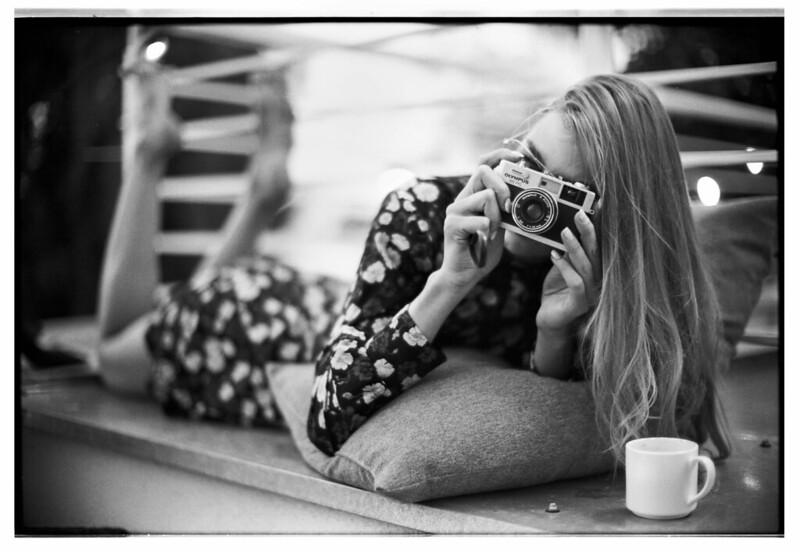 The first thing I noticed about the Olympus 35RC was the tiny size and it’s weight.  I loaded a roll of film into the camera and then next thing I realised was how tiny the rangefinder patch was in the viewfinder.  I am spoilt by the 0.91x magnification of the Leica M3.  The Olympus 35RC is only 0.6x magnification.  The focus throw is so short verses the lenses I normally use it is very easy to find focus once you get used to the small RF patch.  The next surprise was the sound when I pressed the shutter.  The 35RC sounds weak and lifeless but at the same time is quite quiet so I can’t complain.  The shutter sound certainly wouldn’t startle anyone!

One amazing feature of the Olympus 35RC (if you like this sort of thing) is the 35RC can sync with a flash at and up to 1/500 shutter speed.  Compared to the very slow flash max sync speed of 1/50 for most of my Leica M film cameras this feature is a great for me.  It is worth noting that the Olympus Pen-F has the same 1/500 flash sync feature.

Here are a few test shots from me trying my Olympus 35RC camera in the studio with model Sophie: 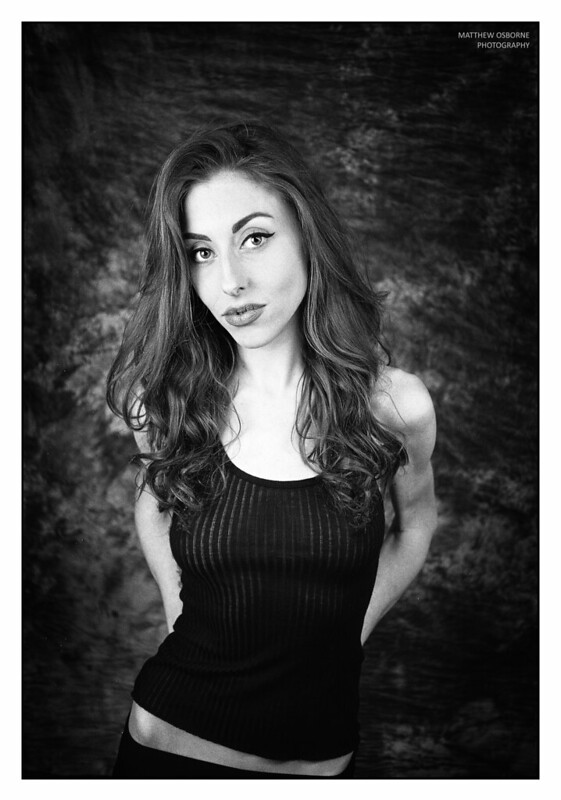 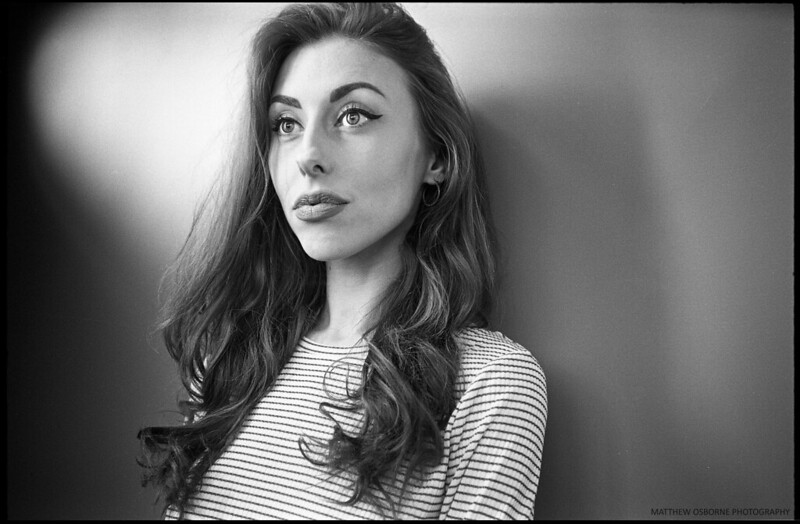 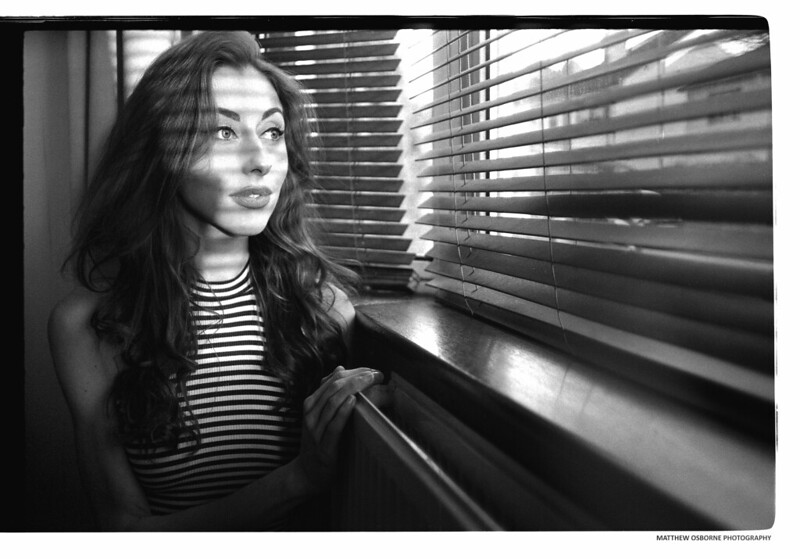 I must admit I am very impressed with the images taken with the low cost Olympus 35RC camera. It is not as sharp as say my Leica Summicron 75mm f2 APO lens shot wide open (with the 35RC stopped down a little) but I think it will match many medium priced lenses. The 35RC is probably at least as sharp if not sharper than some of the vintage Leica glass and once stopped down a bit is produces some great images.

If I put some Olympus 35RC film scans next to similar photos shot with a Leica M film camera (and a similar quality lens) I doubt I or many other photographer could tell the difference. For me the Leica M cameras (and lenses) shine when shot wide open verses other cameras. When both cameras and lenses are stopped down a little the results are not so different.

Both the Olympus 35RC and Olympus Pen F cameras have their uses. The 35RC is smaller and lighter but I much prefer the sleek look and solid build of the Olympus Pen F. The Pen F is great for detail shots where I can get in close and for happy snapping with 72 shots per roll. For subjects further away the 35RC is better for me. Different tools for different jobs but both very usable.

The Olympus 35RC camera is definitely a keeper for me. The Leica M cameras are quite small but they are not super light. If I ever need to pack super super light (such as running up a mountain or along a beach on holiday) or squeezing in a backup film camera when on a model photography trip abroad the 35RC is the camera for the job.