No need for film labs!  Here is how to develop film at home (without a darkroom), whether black and white film developing, C41 colour film or even Kodak Motion picture film developing! 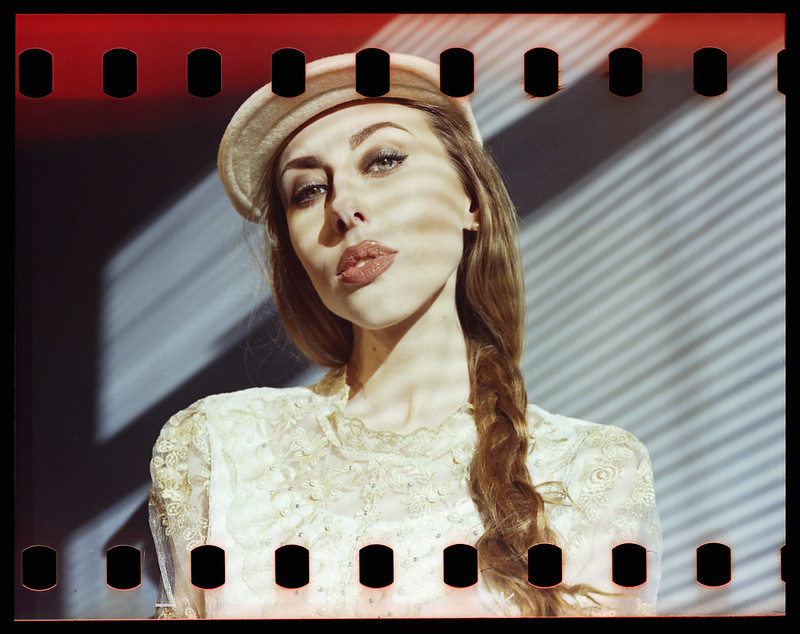 My Film Developing Essentials List – Do you have what you need? 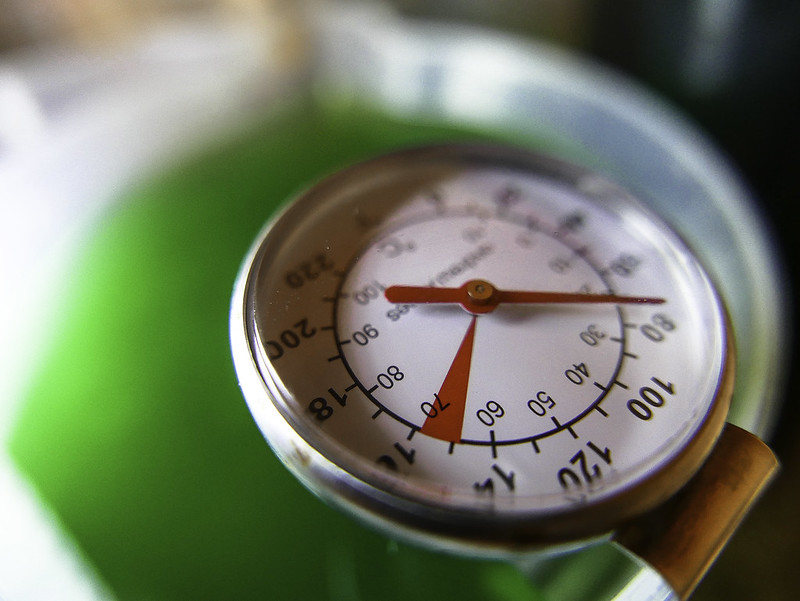 How to develop film at home without a dark room 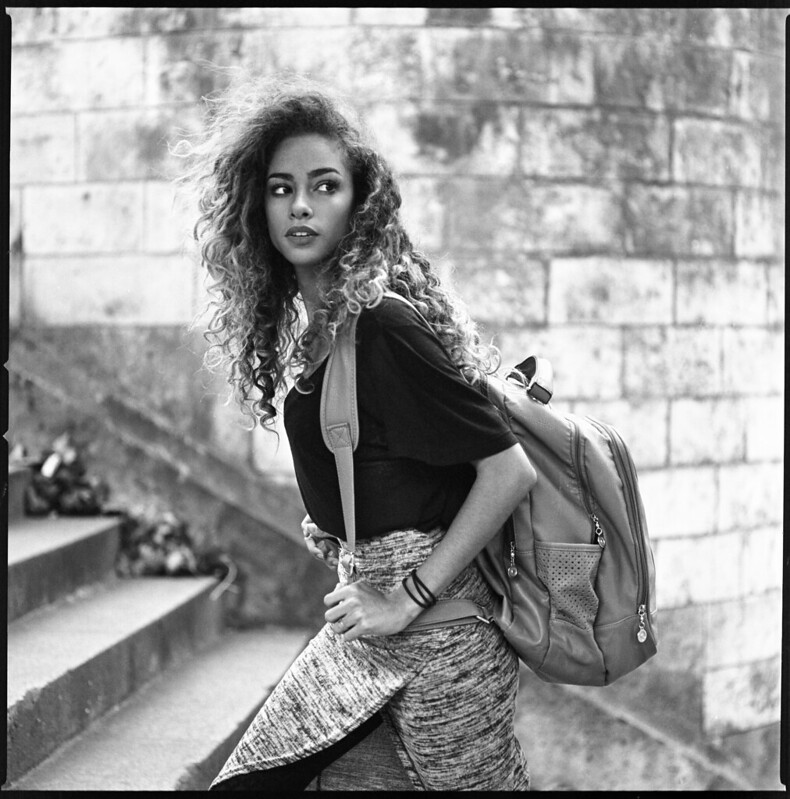 B&W Film Developing: How to develop film recap – as already covered in a previous article

I got my first film camera in 2010 and as my interest grew I wanted to see how to develop film for myself.  I have developed my own black and white film now since the beginning of 2013 and I am pretty comfortable with the process as I shoot so often.  I have quite a casual approach to black and white film developing and it still seems to work for me every time now I know the basics.  I have a degree in science so I like to apply the common sense approach as to how chemicals work rather than strictly following the film/ developer guidelines.

Since my early Rodinal days I move to Xtol and have settled with that for the meantime. I am happy with the results Xtol gives me so don’t see a need to change yet.  For fixing black and white film I use Kodak T-Max fixer. 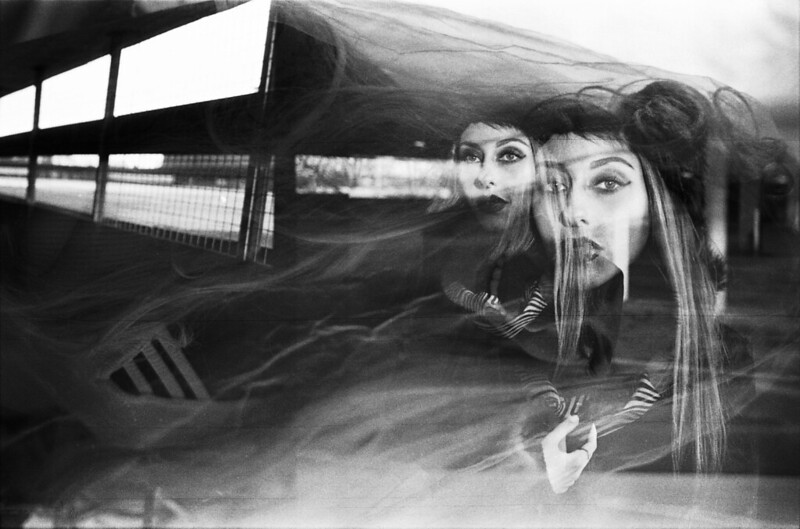 I develop all my film (colour film and black and white film/ 35mm, 120 and 4×5 film formats) in Paterson style developing tanks (a 2 reel tank plus a 3 reel tank). For readers new to film developing a 2 reel tank can accommodate 2 rolls of 35mm film or 1 roll of 120 film.  A 3 reel tank holds 3 rolls of 35mm film or 2 rolls or 120 film.  Sometimes I wish I had a 5 roll tank but I haven’t got to that stage quite yet! A Paterson developing tank for those that don’t know is a light tight tank so film can be developed in daylight without the need of a dark room.  Film must be loaded into the developing tank in complete darkness using a changing bag or a room with no windows.  (I just wait until it is dark outside and use a part of the house where there is no windows).  I then bring the developing tank into the light and develop the film in my kitchen.

3. How to Develop Colour Film

After avoiding colour film developing for the best part of 18 months I finally took the plunge when my local film lab rejected my first roll of Kodak Vision3 motion picture film that I sent for developing.  I had bought a bulk roll of Kodak Vision3 500T movie film which is ECN-2 colour negative motion picture film and not the standard C41 colour negative film.  In brief, ECN-2 film has an additional rem-jet or remjet anti-static / anti-halation layer, a black carbon layer that needs to be removed prior to film developing.

ECN-2 film cannot be developed in a standard film lab C41 process and doing so would contaminate the C41 chemicals resulting in machine downtime.  I removed the remjet layer from the Kodak Vision3 film at home (see below) and then sent it to the lab for standard C41 developing. Unfortunately some remjet layer residue remained on the film so the film lab returned it back to me undeveloped.  *I would not recommend trying to send ECN-2 film to a lab as C41 film as in hindsight I don’t think it is not fair to risk other peoples C41 film if any remjet residue remains on the ECN-2 film resulting in film not being developed properly and the developing chemicals failing.
As a result of not being able to develop my Kodak Vision3 ECN-2 film at my local film lab I decided to purchase colour film developing chemicals and try to develop the film at home myself.  I looked at a few different colour film developing chemicals and decided on the Tetenal C41 Kit 2.5L kit. 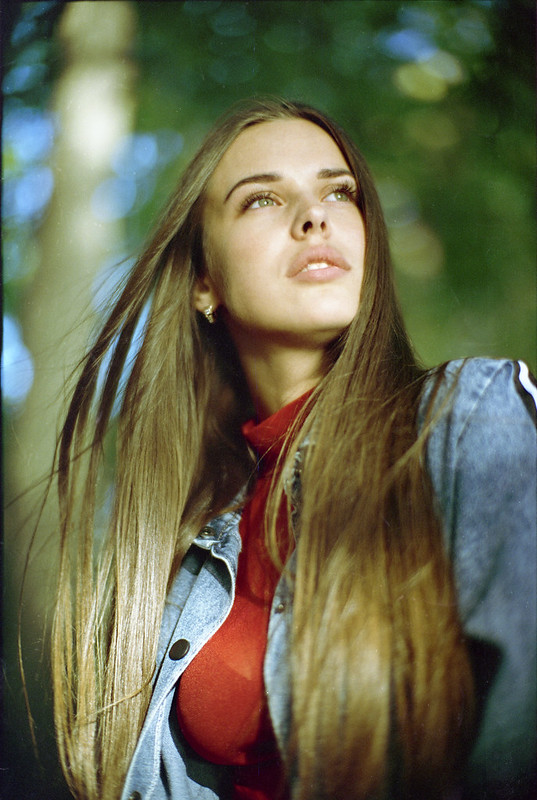 Before attempting to develop my own ECN-2 film I did some reading to try to understand how to remove the remjet backing on the film.  Popular choices seem to be to use washing soda or baking soda.  Both make an alkaline solution when dissolved in water.  Personally I tried baking soda as I found that in my local shop first.  My remjet removal method is as follows:

*Note – The above remjet removal process has worked for me but there may be better or alternative methods if you search online.  If you search “Rem-jet removal” or “Rem jet removal” on YouTube there is also similar methods shared but with the advantage of the visual aid! 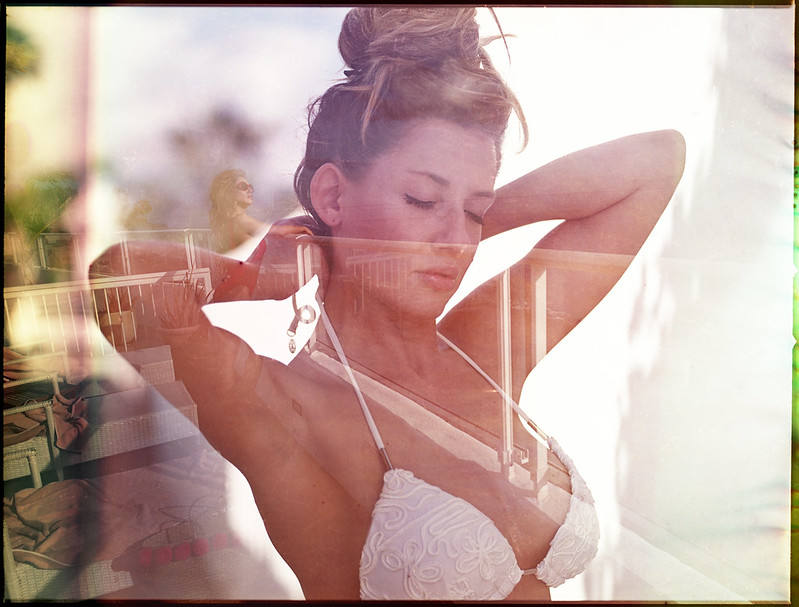 What is in the box – 6x 0.5 litre bottles, including 3 bottles of film developer (Part 1,2,3)(mixed together to make the developer solution), two bottles of bleach fix (“BLIX“)(Part 1&2) and 1 bottle of stabiliser.
Product description – “The Tetenal Colortec C-41 kit is ideal for the enthusiast, professional or home user looking to process their own colour negative films. This kit will process around 30 35mm or 120 films or equivalent in sheet film. This is a 2 bath kit, a simplified version of the C41 process where the fix and bleach are combined. May be mixed to make 2.5L of working solution in one go, or smaller quantities may be made retaining concentrate for future use”.

My colour film developing is nothing mind blowing.  I simply followed the Tetenal C41 film developing instructions and opted for the 38 degrees Celsius method.  In summary this involves the following stages/times/temperatures (based on developing times recommended to develop the first 1-4 films in fresh chemical dilutions from concentrate): 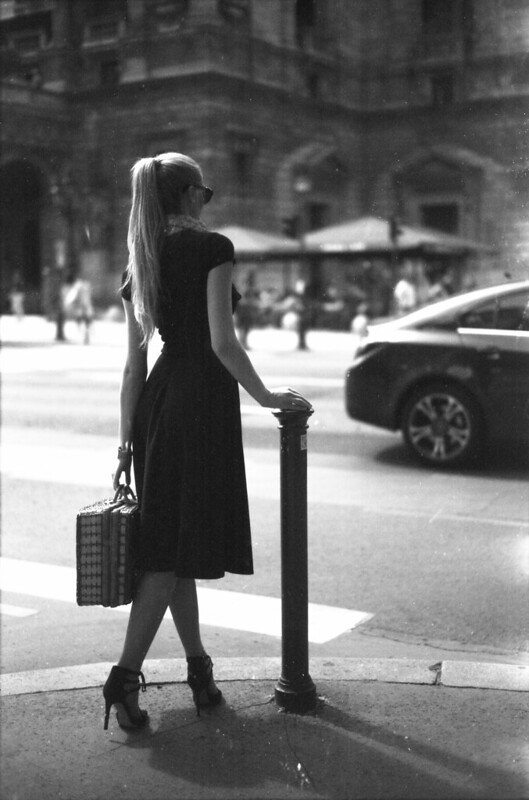 The common term you always hear associated with colour film developing is “very temperature sensitive”.  To give myself the best chance of keeping the film developing chemicals at the required temperature I filled my kitchen sink bowl with warm water at around 40 degrees celsius.  I made up 1 litre of working solution for each of developer, bleach-fixer (BLIX) and stabiliser per the Tetenal C-41 film developing instructions and put the 3 solutions into 3 used plastic pop bottles and labelled accordingly.  My bottles are not as good as the recommended 1 litre collapsible film developing chemical bottles but they function OK to start me off.  I ensure all the air is squeezed out of the bottles after use and store in a dark cupboard out of the light. 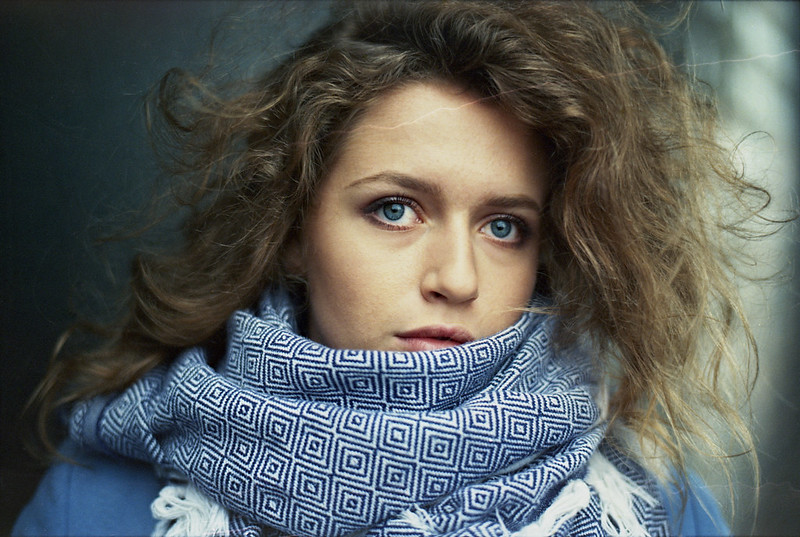 So should you develop film at home?  ..and is colour film developing as impossible and risky as I feared!?  Not at all and absolutely yes you should try developing film at home yourself!  I really wish I had started developing my own colour film 12-18 months ago.  Yes for colour film you need to watch the time and temperature of the developing chemicals more than if developing black and white film but it is merely like following a recipe in a cook book.  If you follow the instructions the results are a success!  I love the fact that I am now self sufficient and can develop and scan all my film in house.  It gives much better control in terms of not having the risk of film being lost in the post, a much much faster lead time (as can develop the film the day it was shot) and a big cost saving if you use the chemicals within their active lifespan (per above).

Going forward I will buy bottles of colour film developing chemicals separately rather than as a developer kit as each chemical has it’s different shelf life.  I also read that by doing a 3 bath C41 development (developer + separate bleach and fixer) rather than a 2 bath C41 development (developer + bleach-fix)(above) it gives greater control so win win. I understand you cannot ‘fine tune’ colour film developing like you can with black and white film developing but I will certainly try to modify my process after each film batch developed to try to get ‘better’ and better results. 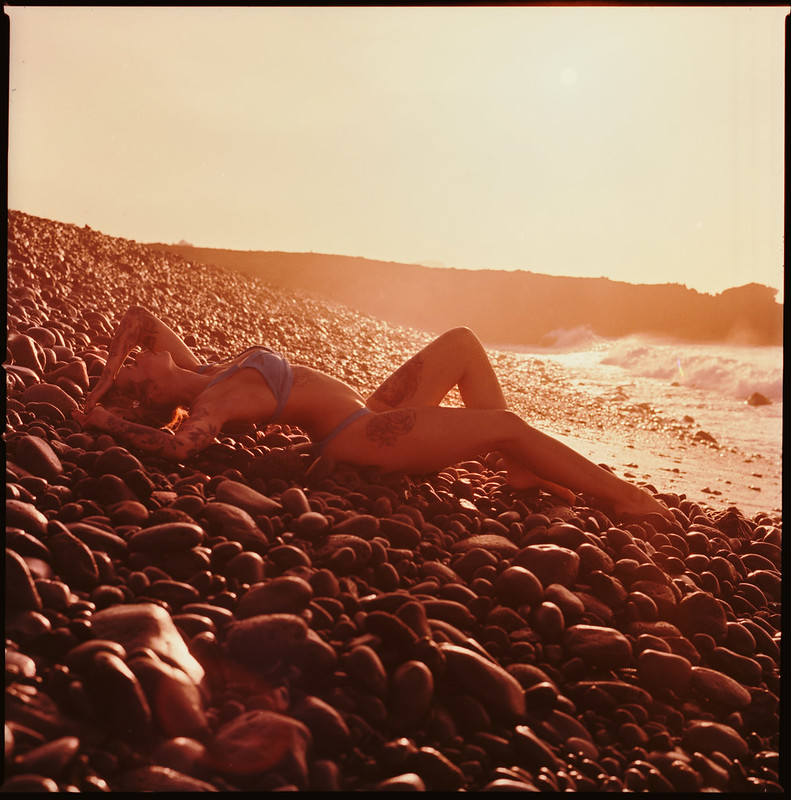