As crazy as it sounds, I was back out teaching model photography in New York again this week. I’d never visited NYC before then to go twice within 4-5 weeks was quite a surprise! I feel very fortunate that was asked to go once let alone twice.

For my first workshop in New York I was teaching model photography using speedlights on location (mostly) and with iconic landmark backdrops (mostly). For this second NYC photography workshop I focused on using available light on location to light a model. This was normally daylight during the day then any existing light sources we could find for the night shoots.  It is one skill to create light but another to see existing light and visualize how it could light a model. This time we did not have to carry lights and stands so could work faster and lighter. With that intention, I decided to leave my beloved Hasselblad 501C medium format camera and monopod behind and instead used all rangefinder film cameras.

The recent purchase of my new Hasselblad Xpan 35mm panoramic rangefinder camera was no coincidence. I bought it quickly so I was able to take it with me to New York. On the first trip to New York I shot 6×6 film with the Hasselblad 501C and digital photography with the Leica M 240. I have been less than impressed recently with the Leica M240 CMOS sensor images for my model photography so decided to leave it behind and packed the older Leica M8 instead.

Amongst the high rise buildings of New York there is often less light when compared to say the open beach location I shoot at in Poland. As such I only shot one roll of ISO 100 film and that was on the last day photographing Brooklyn Bridge. For colour film I shot mostly 35mm Kodak Portra 400 and some old Fujicolor C200 plus a roll of Cinestill 800T. For black and white film I shot almost entirely with Kodak Eastman Double-X 5222 (aka Cinestill BWXX film), at both ISO 400 and ISO 800. Excited to see the results from all of the above!

I was super excited to try the new Hasselblad XPan 35mm film panoramic rangefinder camera. I bought the 45mm f4 and 90mm f4 XPan lenses. There is also a 30mm XPan lens but it is quite pricey and wider than I normally need.

Many purists write you should only shoot the XPan in panoramic mode (and not the standard single 35mm frame mode). To an extend I agree but in a real world situation and when traveling reasonably light the 90mm lens shot in standard mode makes for a nice portrait lens. I normally use and carry 35mm and 50mm lenses on the Leica cameras so the Hasselblad XPan 90mm gives me more reach and compression if needed.

The Hasselblad XPan is compact and easy to use. It is about the same weight as Leica camera body and lens but a little wider. I relied on the XPan light meter and used perhaps 50:50 the 45mm and 90mm lenses.

My only small complaint and observation at this stage with the XPan is if I load film and then want to change to a different film mid roll I can’t manually rewind so as such the film rewinds fully into the 35mm film canister. I then need a film retriever to pull the film leader back out so it can be used again. I realize it is probably not normal to swap film in a camera mid roll but I do it a lot with the Leica (and Nikon) film cameras.

I realized I don’t use my Leica M8 often enough. I enjoyed the crop factor that lets me focus tighter for portraits and the rich CCD sensor colours. I shot the M8 similar to my Leica film cameras so used it at a ‘normal’ ISO range (ISO 160-640 on the M8 range). I also enjoyed the sharper M8 images vs the M240 and Leica M9.  The M8 is still king for digital B&W photos for me (of the cameras I have owned).

I took the Leica M3 and Leica M6 film cameras so could load one body with colour film and one body with black and white.  As it happened having the Hasselblad XPan too (and keen to use it) meant I did not need 3x 35mm film cameras.  As such after the first roll of colour film in the M3 I then left it out my bag for the rest of the workshop. I enjoyed using the Leica M6 and built in light meter and did not use my handheld Sekonic light meter at all meaning I can travel lighter still and work fast.  I also made use of the Leica M6 35mm framelines and swapped between 50mm and 35mm with the Leica M8.

I packed the lightweight and compact medium format Fuji GA645 as I thought I would miss the larger film format.  I only took a single photo and I think that was a cityscape!

It was nice to work lighter and faster due to a combination of small cameras with built in light meters and using available light on location.  I did do some strobist work in the apartment for an evening shoot to give a Hollywood glamour styling lighting with a single speedlight and DIY light modifiers only.  We experienced a 50-60% cancellation rate from the models again but with a lot of emailing we still had models each day to shoot with.  A big thank you to models Aubrey, Sara, Olly, Cat, Laura and Rozi for joining us.

In 2014 I was teaching mostly in the UK and ran some small group workshops in London.  For 2015 I concentrated on teaching 1-2-1 photography tuition and taught both in the UK but also in Zurich, New York and Amsterdam.

For 2016 I will continue to teach 1-2-1 photography sessions both overseas and at home as requested.  Photography workshop costs vary on a number of factors so I now address each on a as requested basis.  I am happy to travel globally as long as the travel costs are covered.

For those of you that are unsure, I am normally asked to teach model photography workshops which includes providing the model(s) and showing you how I use light to illuminate the model on location.  I shoot both film and digital Leicas during the workshops but you can use whatever camera you normally use.

My website link below has a list of some of the photography topics you may want to cover during the workshop and each course is bespoke to your needs.

I will post some of the New York photography workshop photos once processed.   Due to the different cameras I was using I will share posts by camera rather than all together.  Posts to follow include:

Here is a sample! Aubrey with my Leica M8 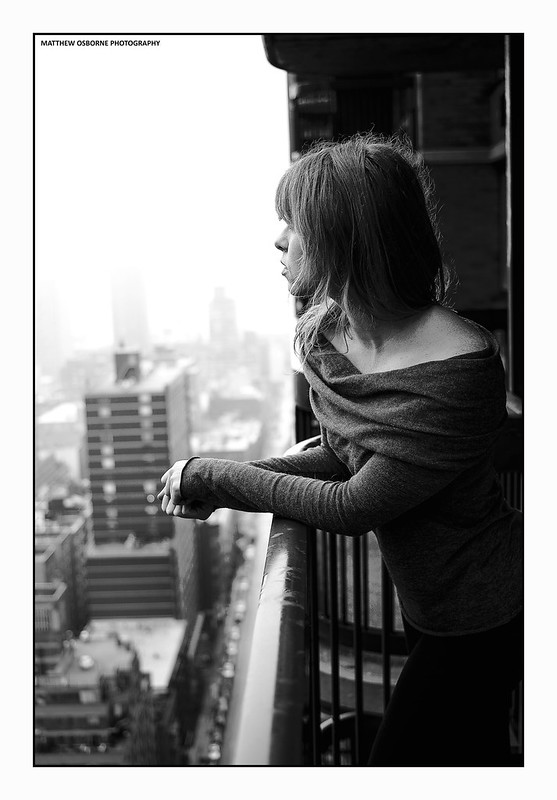 I still have the NYC (I) Hasselblad 501C photos to share.  I now have the colour film back from the lab so will share some 6×6 negative scans soon!

Sample! Tegan with the Hasselblad 501C 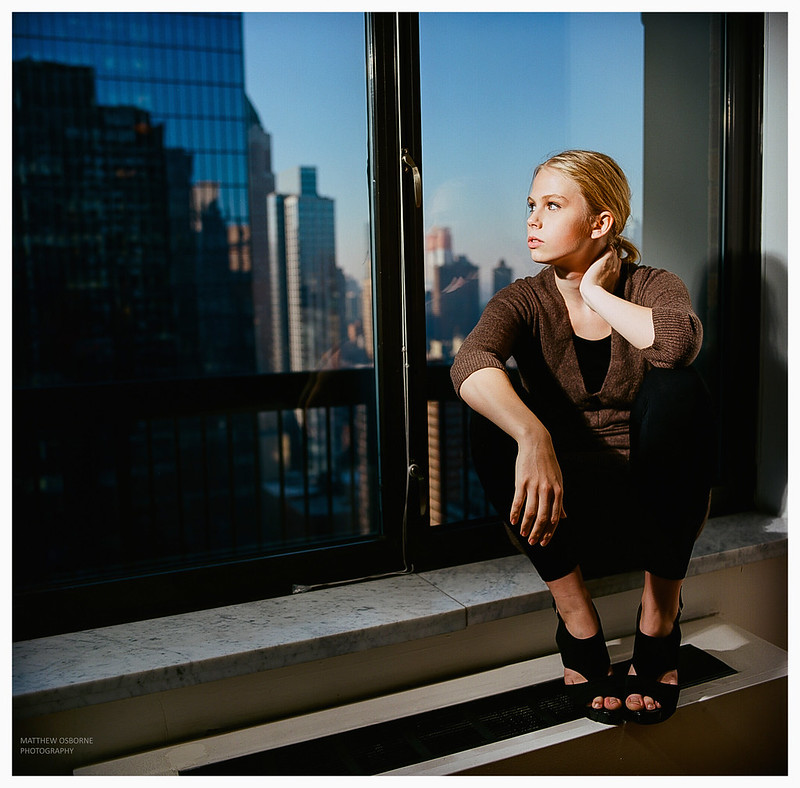