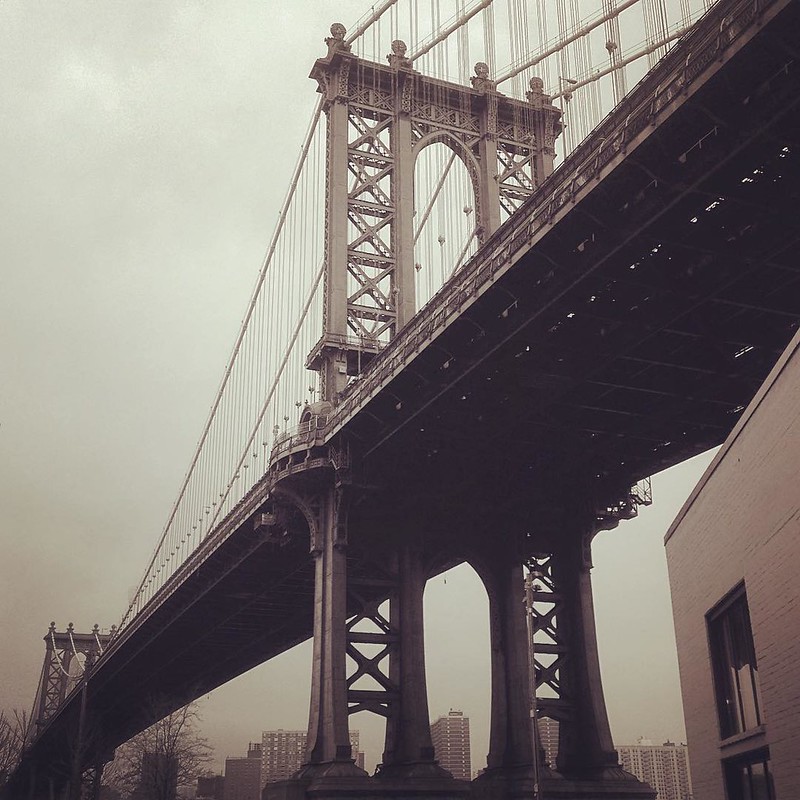 I was fortunate enough to be invited to New York City to teach 1-2-1 model photography for a week. It was my first visit to NYC so I had a lot to look forward to!

After organising the models for the week the next step was to select camera equipment for the trip. Not a quick task!  As you may of gathered from some of my recent blog posts, the camera of the moment is still the Hasselblad 501C.  Taking the Hasselblad was a given as was my digital Leica M Typ 240.  I then wanted a second film camera as a backup so I chose the compact Fuji GA645. Being Mr Leica you may have expected me to pack a 35mm Leica M3 film camera rather than the GA645.  I’m currently enjoying the medium format film negative resolution so I wanted to ensure I always had medium format film body to shoot with.  If I had taken one more camera it would of been a Leica M3 but I was trying to keep it simple with less gear (believe it or not!)

I selected the Leica M mount lenses based on their compactness.   50mm is my go to focal length and I wanted a small lens rather than dramatic result for digital test shots so I picked the Summicron 50f2 over the Summilux ASPH 50f1.4 or Noctilux 50f1.  The Voigtlander 35mm f1.4 is smaller than my f1.2 ASPH and the Voigtlander 15mm is super compact and great for landscapes and street photography.

I bought a few new Hasselblad lenses ahead of the NYC trip with a view to take them.  The Zeiss Planar 100mm f3.5 CF lens is sharp and compact but is designed to be best at infinity whereas my Zeiss Makro Planar 120mm f4 is designed for close up work.  As both lenses are a similar focal length I decided to return the 100mm Planar as I rarely focus to infinity with my portrait work.  The other lens I purchased was a Zeiss Distagon 60mm f3.5 CF lens to ‘replace’ both the Zeiss 50mm Distagon and Zeiss 80mm Planar for such trips.  The 50mmf4 Distagon is nice and sharp but distorts easily and the 80f2.8 Planar is not as sharp as my other Hasselblad lenses.  The 60mm focal length falls between the popular 50,80,150mm Hasselblad lens trio but is a real gem.  The 60mm Distagon is sharp wide open and seemingly distortion free. For my Hasselblad Poland model photography trip I shot almost exclusively on the 120mm Makro Planar lens and I found it pulled me in close for mostly head shots.  The Makro-Planar is my sharpest Hasselblad lens so would be the obvious lens choice but I wanted to mix it up a bit so instead packed the Zeiss Sonnar 150mm f4 lens.  The Sonnar will give me a different look and also more compression in the images.

I was based in mid town Manhatten, NYC so most photos were shot in the surrounding areas.  We tried not to travel more than 30 minutes to location shoots to avoid wasting time between models and also did some photos inside the apartment. Models were a mix of agency models, freelance and hobbyists and all were new faces to me.  I tried to select a varierty of looks to make the resulting photos as interesting as possible. A big thanks to models Tegan, Morgan, Melanie, Rozi, Stevie, Ashley,  Zohra, Desi, Olya and Hope.  We would have had perhaps double the number of models but experienced a high rate of cancellations for a variety of unforseen reasons. As such, some models came back for a second shoot and we also photographed some New York street scenes and landscapes to include in the photobook that will follow.  I enjoyed the printed Hasselblad images I made after the Poland model photography trip so look to print more photos going forward.

In addition to having the opportunity to shadow me while I worked I covered model photography by available light only, using a reflector,  using a single speedlight off camera as a key light, as a fill light and as a rim light both with and without light modifiers, using two speedlights, using coloured gels, mixing speedlights with continous light, on location and in a indoor environment.  I explained why I selected a certain lens for a situation, how coloured lens filters can impact black and white film, how film developing will impact the look of the developed film negative, my choice of film, aperture and shutter speed selection to balance the light. For models I explained the choice of clothes, hair, makeup, girl, and selecting a look for a certain location. 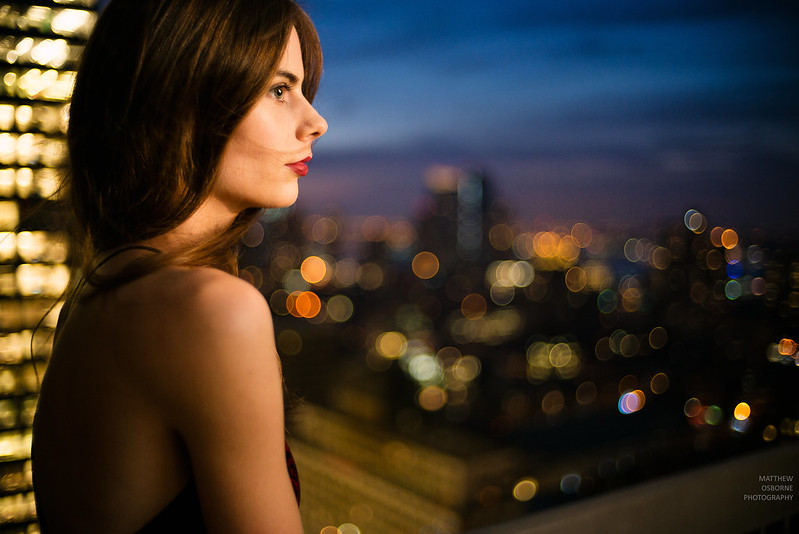 Thoughts after the trip

If I was asked to teach in NYC again I would pack my Leica M3 for low light available light photography.   I wished I had a tripod for the Hasselblad with me for such ocassions as when shooting colour film my low light limit was ISO 400, f3.5 1/60 or at 1/30 with risk of camera shake. If it was the M3 I could shoot at ISO 400, f1-1.4, 1/15-1/30 easily and be much more mobile too.  Another option is my Mamiya 645 Super with f1.9-f2.8 lenses (fastest) and it can be used handheld at 1/30 if careful.   I really hope the Cinestill guys manage to get 120 Cinestill 800T onto the market as it really would be the perfect film in such situations. Other than that I was really happy with the camera choice.

The Hasselblad was so much fun to use the poor Fuji GA645 didnt even get out my camera bag.  In Poland I shot the Leica M 240 with available light only and I found the images fairly uninteresting.   Using the M240 with strobes definitely helped me to enjoy the resulting photos more so I will try to fit in a speedlight for all my future model photography trips.  I am interested to see if the flash lit model photography images in NYC have more of a fashion look to them than when just using available light.  I would expect them to.

I am working my way through developing and scanning the Hasselblad black and white film negative images so I will list a separate gallery blog post once I have enough pictures to share.  I will send the colour film to be lab developed when I get chance too. 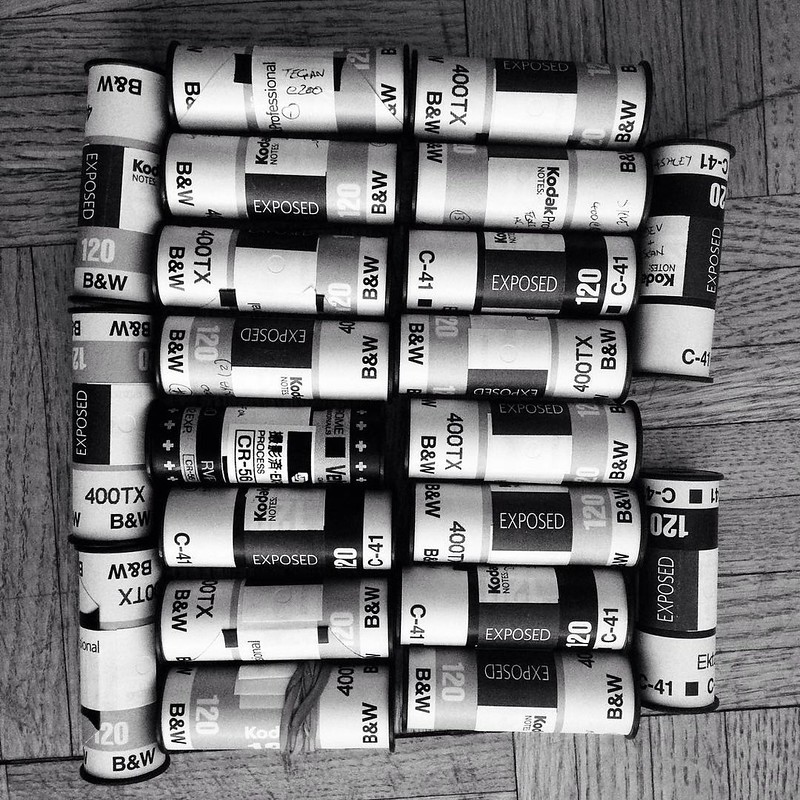 Here is a taster! 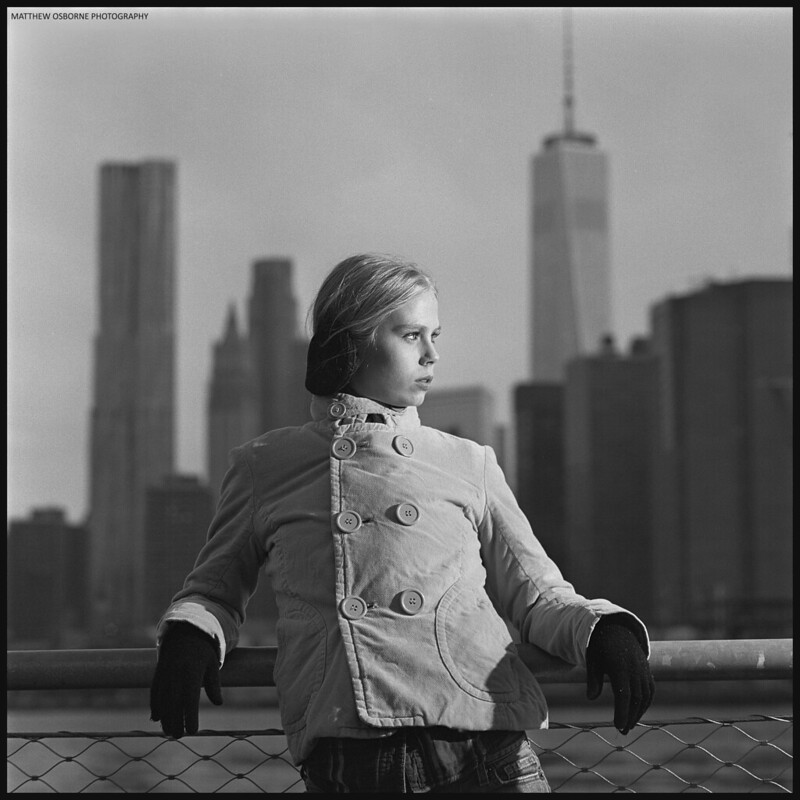