As usual I was struggling with what cameras to take but I decided on my recently purchased Hasselblad 500CM (that replaced 501C) as my main film camera and a 35mm Leica M4-P camera. I took a wide assortment of film to use including some expired 120 colour film for the Hasselblad. I also packed Kodak Ektar 100 film, both 35mm and 120, as I’ve not tried developing Ektar myself and was also hoping to use it on the beach for some saturated blue sky photos. Most of the film I packed was colour film as I’m enjoying the nice surprise associated with colour film developing (especially with expired film and Kodak Motion Picture film).  I love black and white photography but I still believe a good colour photo can have more impact that the same in black and white as colour gives another dimension and can be used to portray mood for example simply by warmer or cooler tones.  I took only a few ‘emergency’ rolls if black and white film for when a situation really benefits from monochrome (such as to simply an image if colours are distracting). 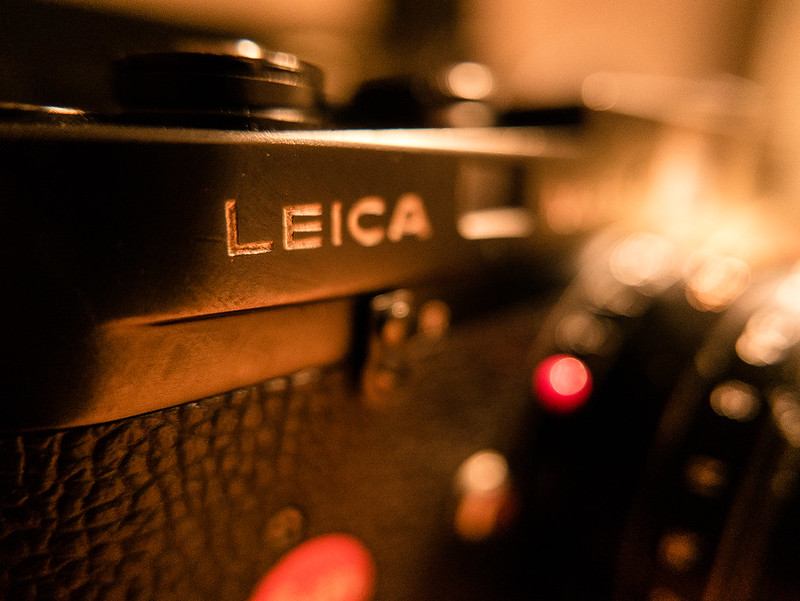 After now visiting quite a few different countries and during all season throughout the year I would say that my ‘go to’ hotel in Sopot is the least inspiring and offers the plainest canvas to work with. As such, the white wall model photos I captured look more a like basic (and potentially boring) white screen studio shoot which I even try to avoid in my own studio.  The white rooms produce very even diffused light when there is no direct sunshine so I relied heavily on my main speedlight to illuminate the majority of the indoor photos.  As it was less easy to create interesting light (or more importantly interesting shadows) I found myself trying to create the usual beauty lighting for the most flattering portraits for the models. That said, I did create a few nice lighting setups and it always amazes me how many different types of lighting you can make with just a speedlight!  I enjoy the problem solving aspect of creating light.

Using a speedlight was great when the Hasselblad sync cable is working but I found it intermittent at best so used the Hassy less than I had hoped. Two days of rain also meant there was not enough light to use the Hasselblad easily with available light only (f4, 1/60, ISO 100 film). I did try a few photos at 1/30 shutter speed but they might be blurry so I try to keep to 1/60 as a minimum.   I was shooting the expired film at ISO 100 so needed more light than say ISO 400 for Kodak  Tri-X.  I was mostly in colour shooting mode so had times when I didn’t want to shoot the black and white film that was already in the cameras as I was ‘seeing’ in colour.  I used all my fine grain 35mm colour film quite quick so should have taken more but when packing I was hoping to shoot as much as possible with medium format 120 film. 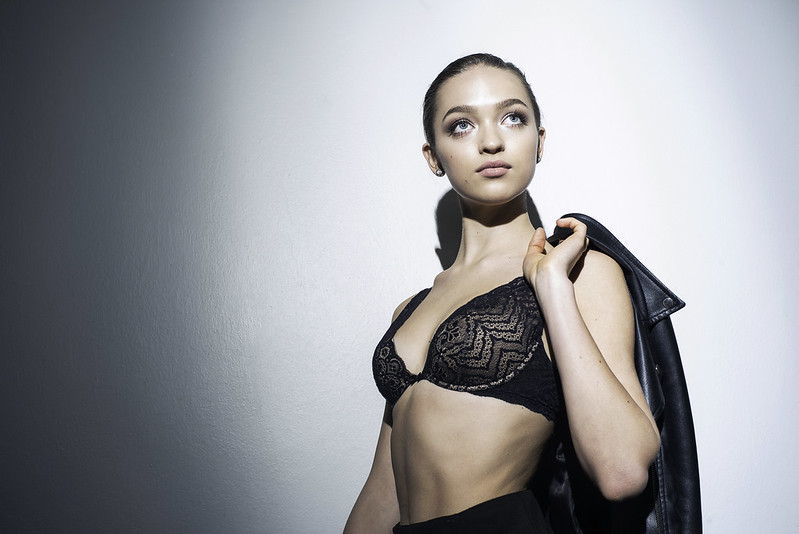 We did get outside on the beach on the second day and very briefly on day 3 but the last 2 days were almost entirely in my mock studio / hotel room.  Models (and the clothes they bring) suit certain locations more than others.  Lingerie is often better shot inside for example!  Some models are also better suited to digital photography and others I really want to shoot on either 35mm film and/ or 120 film.  I find I love the Hasselblad for headshots or tight portraits especially when using the Zeiss 120mm macro lens.  As such, sadly I don’t think I used the Hasselblad on the beach.  I often deem it a waste to shoot film against white wall backdrops but I found I did it anyway this time as wanted to use the film cameras! 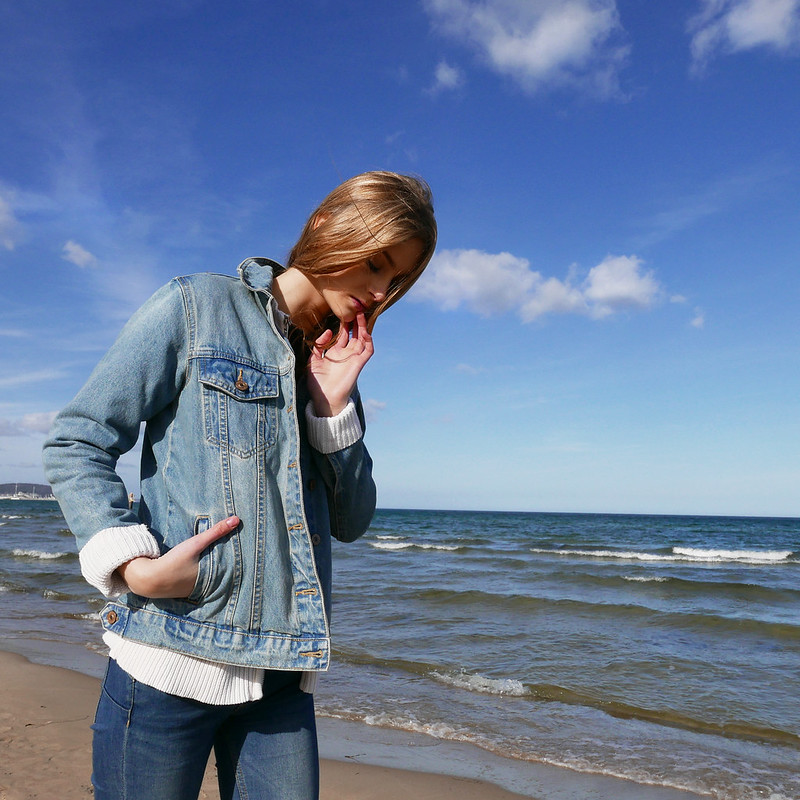 I had the real treat of working with a local Sopot MUA / model, Dorota and shooting her in her own apartment. A new location for me is probably almost as exciting as working with a new model. New light, new shadows, different views and backgrounds, new textures and colours all make for a very inspiring shoot.  Multiply all of that 10-fold and it was close to the amazing creative space that Dorota had created as her home / makeup studio. She even had not one but two ring lights!  I was impressed!  So that was the amazing location and then I had a very creative model/ MUA/ stylist/ photographer/ cool person who could add to the photos as much or probably more than I did.  Normally it is mostly my input to create photos so when models have their own cool concepts it’s really nice and the end result tends to be much stronger.  Two minds is always better than one!  The shoot was as enjoyable as it sounds and the photos are very different compared to my usual Sopot model photography, in all respects. Excited to see the results! 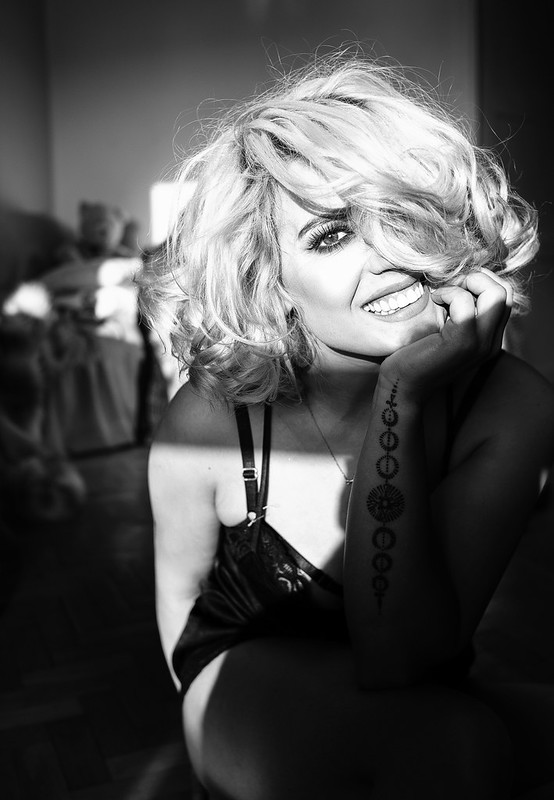 One of the new models I met was the 2015 Miss World finalist / 2015 Miss Poland finalist, Marta.  We shot in the hotel in the morning and enjoyed it and then a different model cancelled for later in the day.    Marta mentioned she owned horses and kept them less than 10 minutes from the hotel so suggested a photo shoot with her horse.  I have tried to plan model shoots with horses in the past but they never happened so I jumped at the chance. The weather was dry and in our favour and I shot film with both the Hasselblad and Leica M4-P.   It was such a rare opportunity for me and proved a very enjoyable experience. I can’t wait to share the photos and hope some are sharp / keepers despite a moving horse (at times). 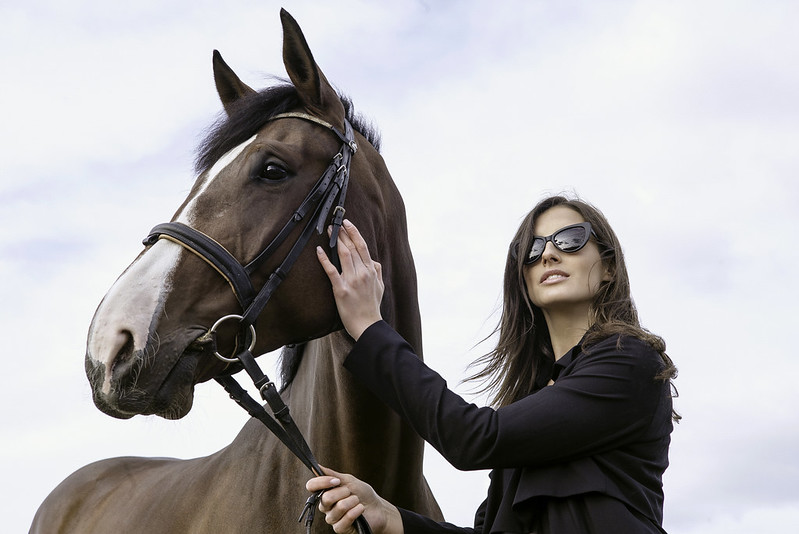 After visiting the small Polish beach resort of Sopot so many times now it still blows my mind at how many beautiful girls live in the surrounding area.  I go to capital cities like London and Paris and really struggle to find anybody to photograph and even when I do they are often just visiting the city themselves (Paris especially).  (Budapest is my exception as is now one of my favourite model photography locations).  Before travelling to Poland I wanted to try to find more new faces to work with. After many hours of Facebook and Instagram trawling I managed to organise 7 new faces of the 11 different models I worked with.  Quite a good result for how many times I have visited the same location. The standard was generally very high and even some of the models I had met on previous trips seemed to have become very body confident so we did more lingerie themed photos than previously.  I guess for some of the photos I was also shooting with Instagram in my mind so the results might be a little different to my usual photos.

I love working with new models especially those that are already very talented or have something special but lack the confidence to take it to the next level.  In the modern age of Instagram filters it is difficult to know how a model will look when they arrive, both face and body. Literally everything can now be artificially enhanced for Instagram!  I was impressed with I think all the new models where they almost all seemed to photo far better than their existing images portrayed.

As always a huge thanks to all the amazing models that entrusted me after just a few messages online and then gave up their often very limited free time arriving between study periods or work. I find it all very humbling. In no particular order a big thanks to models Dorota, Marta P, Marta M, Agnieszka, Izabela, Irmina, Gosia, Laura, Kinga, Klaudia, Julia, MUAs where applicable and to Monika at the hotel.

I wasn’t planning to go back to Poland for a while as I have a busy summer ahead but now I think I will ‘have’ too. There are just too many amazing individuals I want to collaborate with again!

Next stop, Budapest again in May but first I have all the new Polish photos to look forward to. Coming soon on Instagram (@MrLeicaCom), Flickr and here on the blog as I get time.