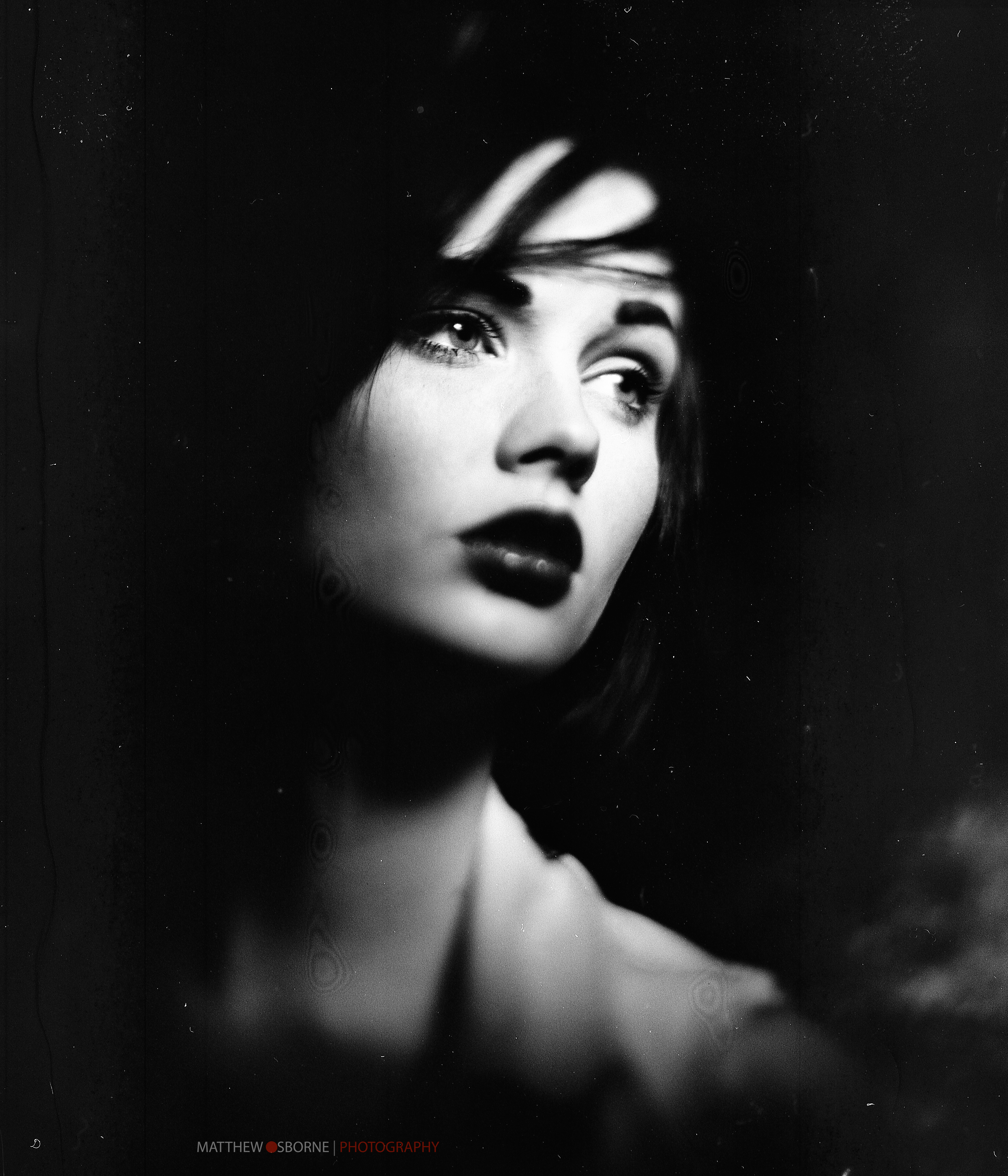 Now I have had my new 4×5 large format camera for a few weeks I thought it was time to write a short Pacemaker Speed Graphic camera review!  I recap on my progress so far and share some photos taken with the Speed Graphic. 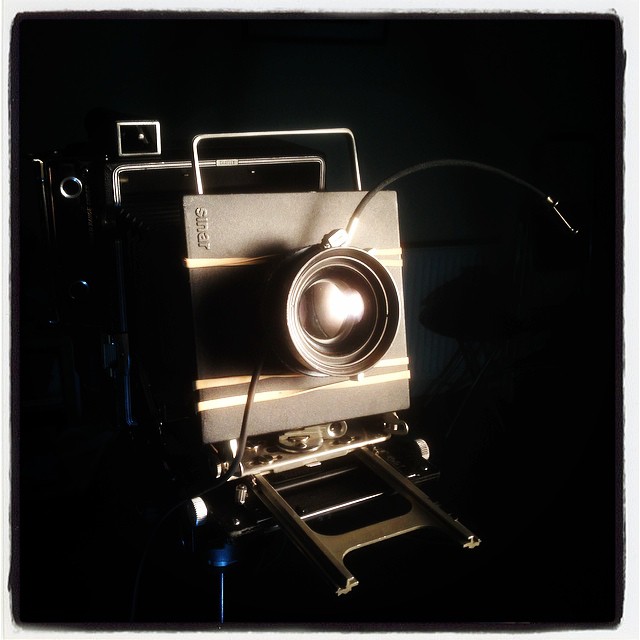 Size – Well it’s bigger and heavier than my Leica M cameras for sure!  Yes it is big and heavy and with the lenses I use attached the camera cannot be folded for carriage.  I also use a heavy study Manfroto tripod that adds to the weight.

Focusing – I use an 8x magnifying loupe to focus the image on the rear ground glass and find it very easy from f5.6 and smaller, sometimes even without a hood.  I currently pull my coat over my head if it is too bright to see the glass.

Speed of use – It is not as slow as I perhaps expected.  I bought the large format camera for 4×5 portraiture rather than landscapes so I knew I would have to work fast.  If you have a good rapport with a model it doesn’t cause any difficulties.

Image quality – If you nail the focus, then as you would expect the details captured by a large format camera far surpass 35mm and medium format.

Large format on location – I did a location shoot with model Elizabeth in a local woodland and I then realised I had quite a lot to carry.  That said it was possible but the camera suits locations closer to the car (10-15min walk max perhaps) rather than being a trekking camera.

6×7 120 Roll film – I have shot one roll of 120 Kodak T-Max 100 in a my Horseman 6×7 roll film back and they were perhaps my favourite images so far.  They are far from perfect but the negatives are much sharper than when using instant film (photo scans and reclaimed negative scans).

4×5 Camera lenses – So far I have (1) Kodak Aero Ektar 178mm f2.8 lens than has an aperture ring but no leaf shutter.  I am yet to get the best from this lens but it suits available light photography. (2) Schneider Symmar-S 180mm f5.6 lens with aperture ring, leaf shutter and pc sync port.  This is my go to lens for large format strobist work. 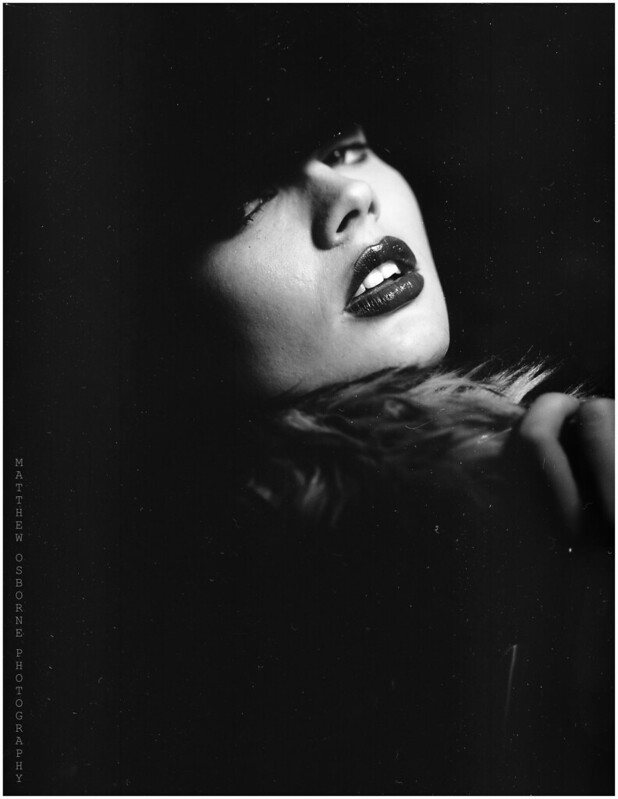 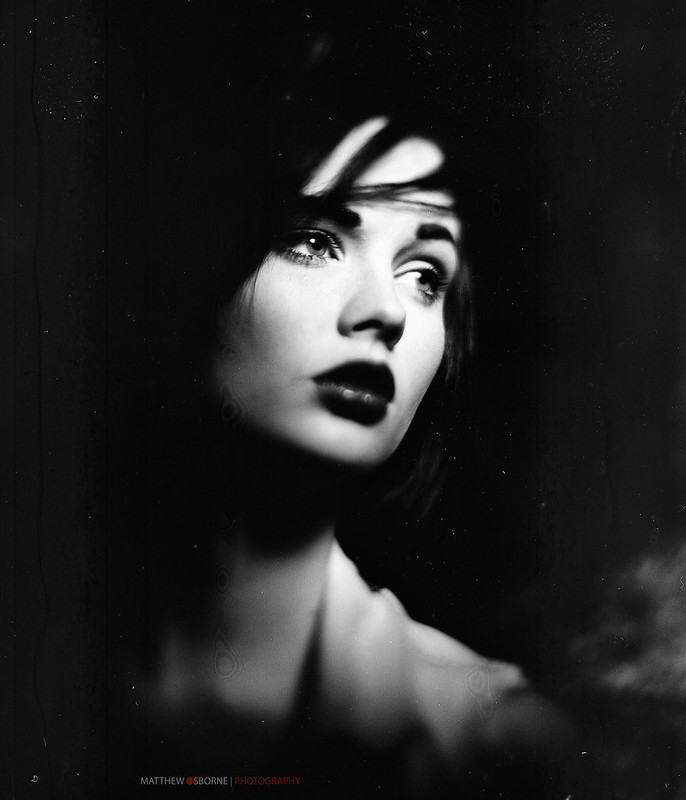 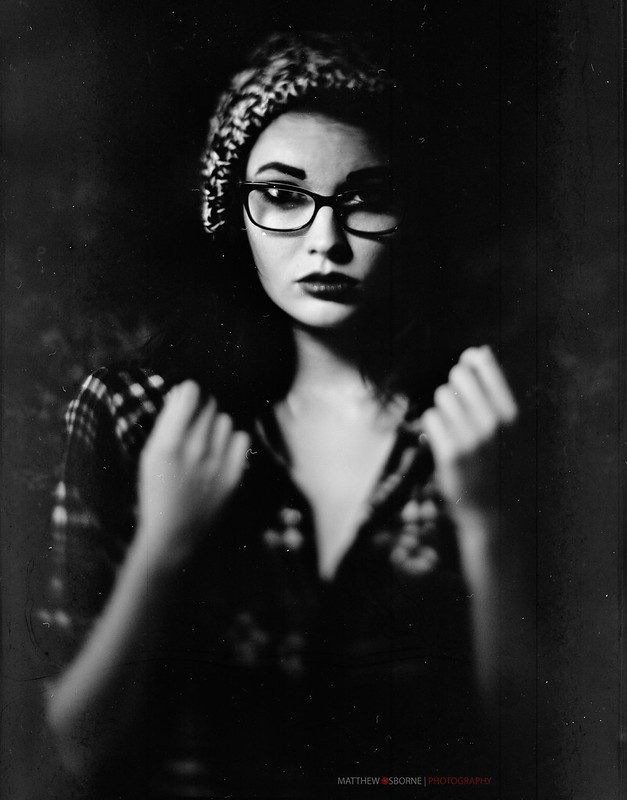 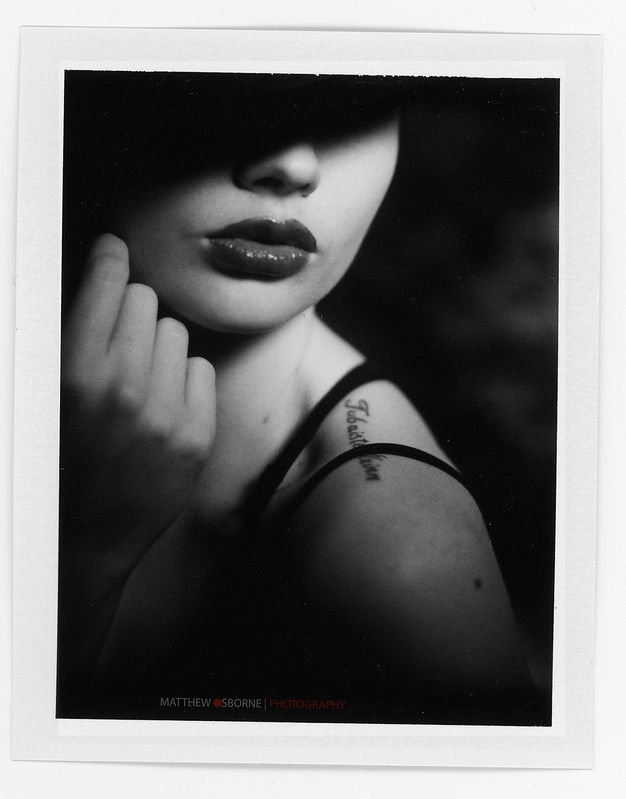 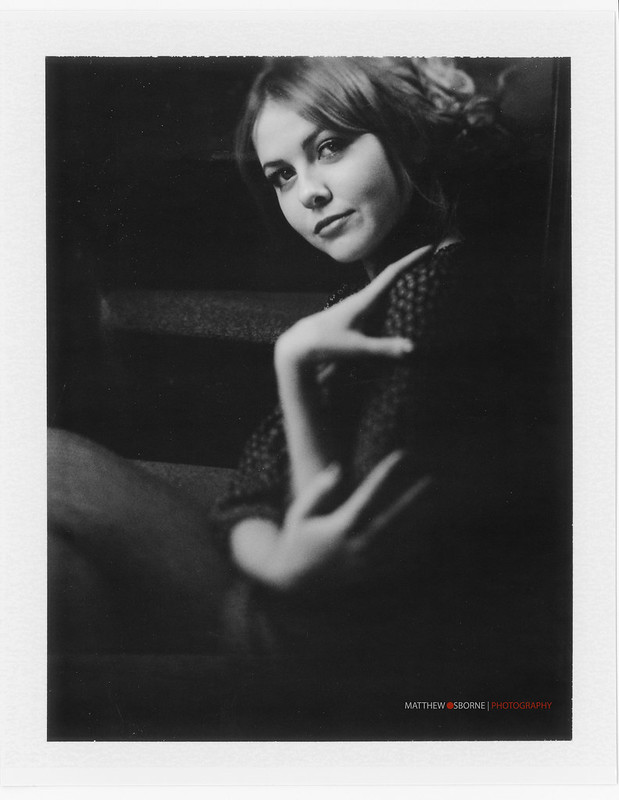 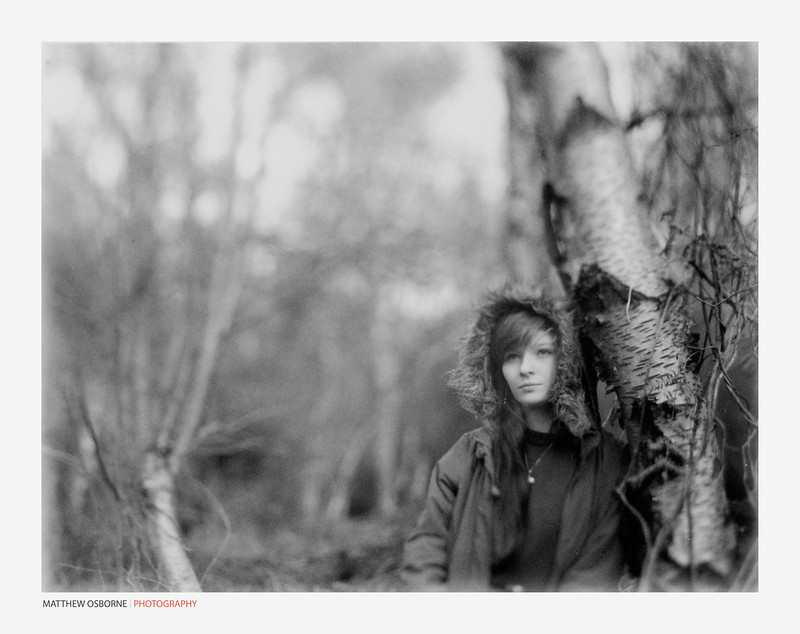 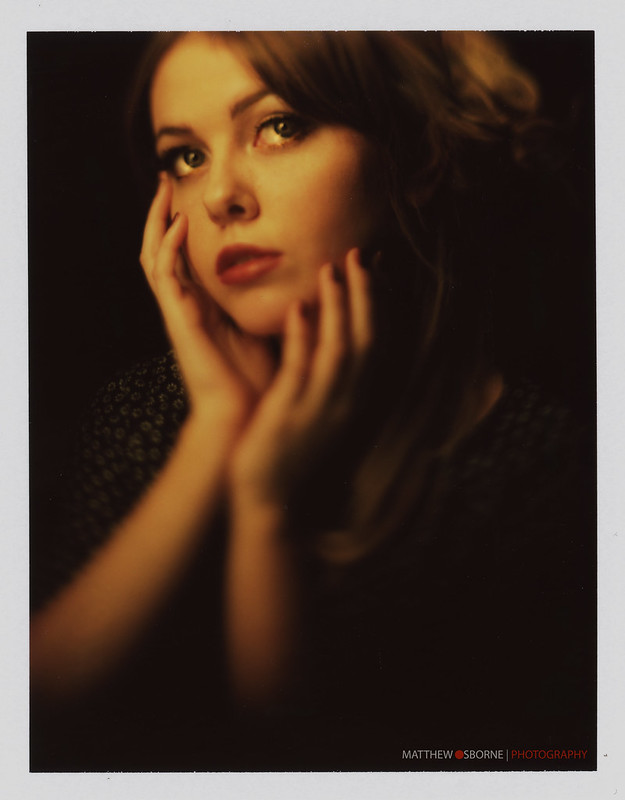 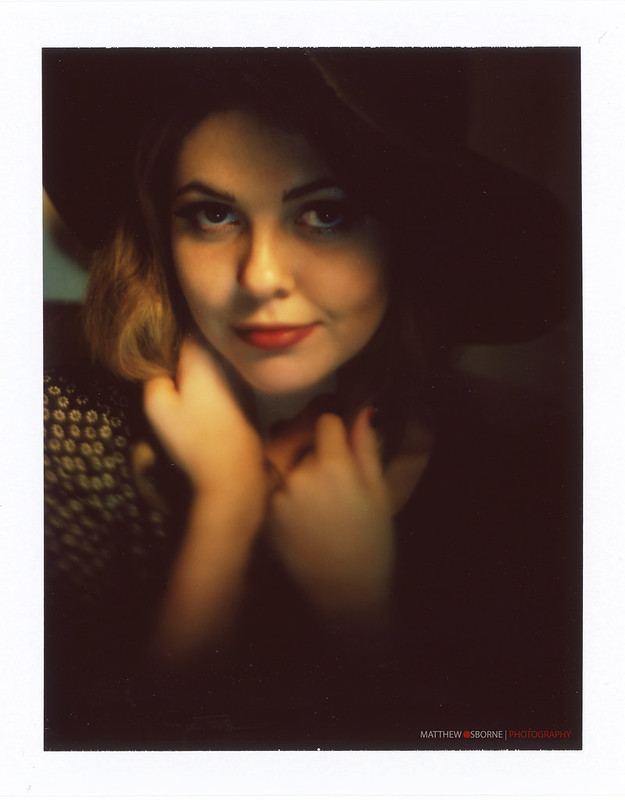 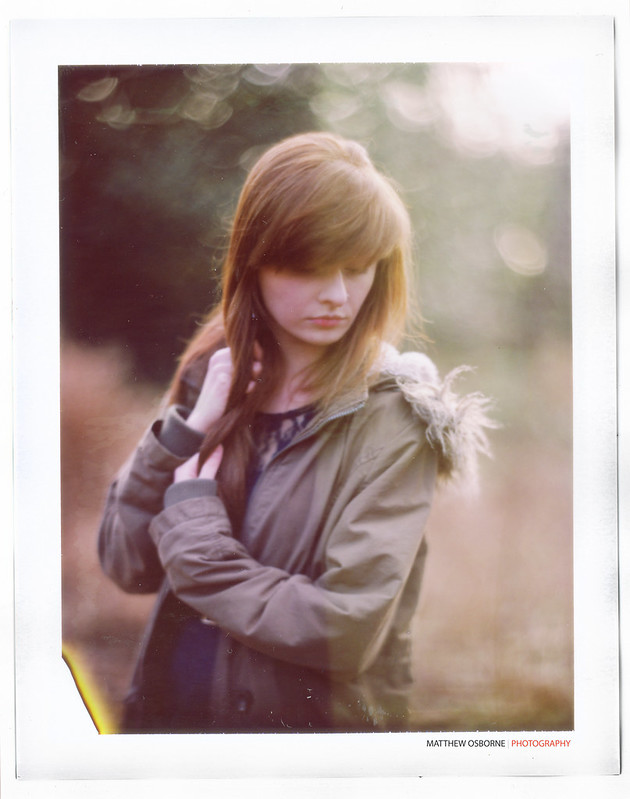 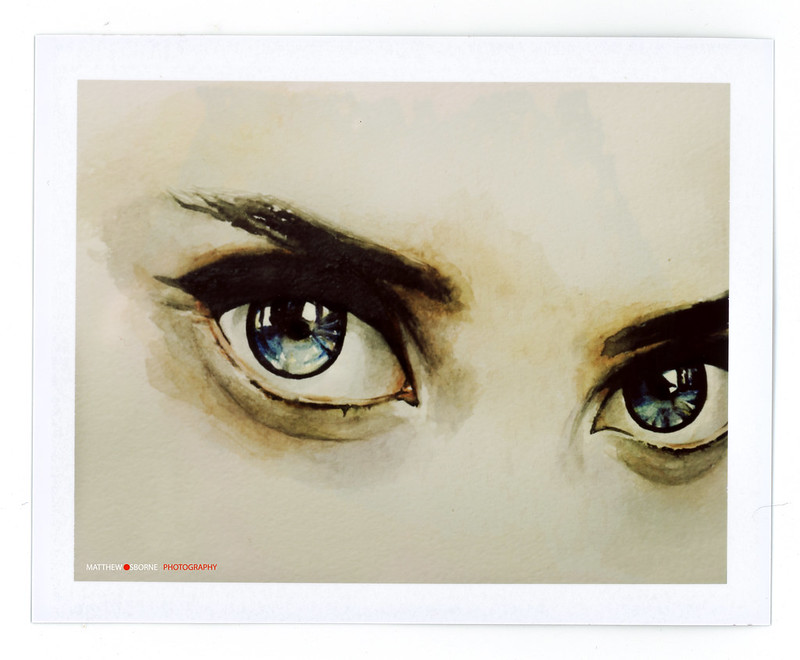 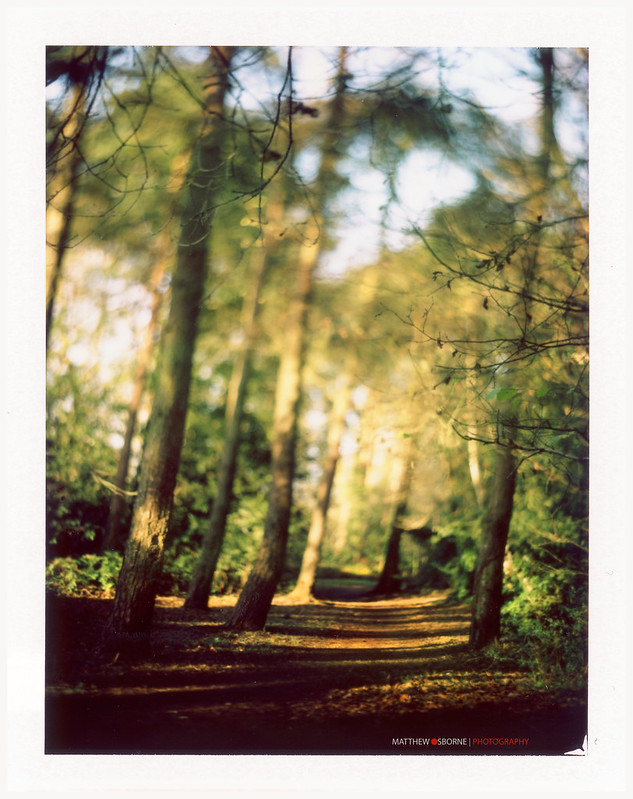 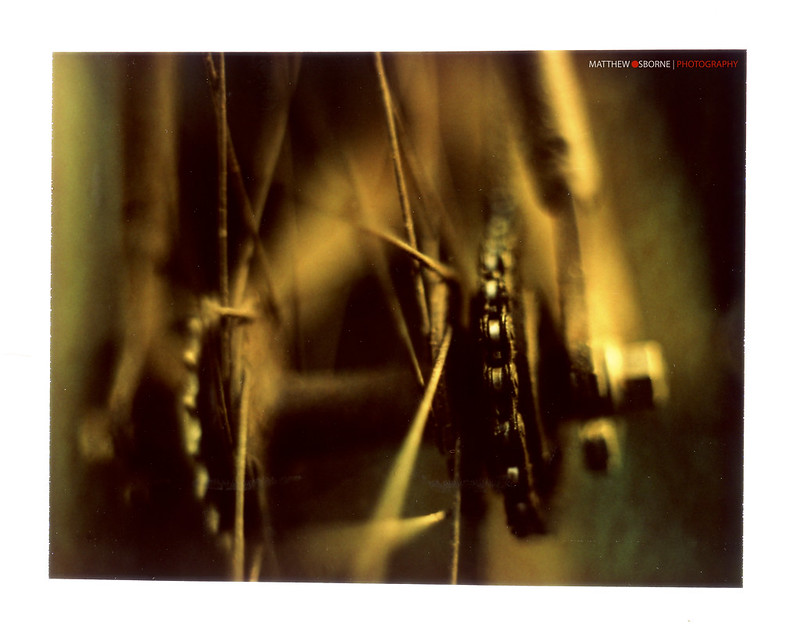 How does a Leica man enjoy large format? I love my Leica M cameras due to their size, build quality, image quality and simplicity.  Large format is, when you stop to think about it, almost as basic as photography can get.  A big light box where you attach a lens one end and film back on the other.  (Like all cameras really but the size and modular form makes it even more obvious).  Yes the size is a big hindrance and requires forward planning, and yes the time to take each photo means it is difficult to retain a flow during a portrait shoot but the end result is to me worth it.

I like to create images than are different (in camera) and not the run of the mill digital photos.  Almost everyone now owns a camera (on their smart phone or otherwise) so I want to create images that these common devices can’t.  The first two photos shown above are my favourites so far and the second image especially is not something you could create easily with a DSLR (I think).

Do I have the large format photography bug?

Yes.  I just purchased my second large format camera and a third lens to use on both cameras.  I will share more in the coming days.. 🙂