Yesterday I had a special wedding to photograph in London. Every wedding is special but for the camera geeks among us this was special on a different level. I was chosen by a fellow Leica M 240 photographer’s wife to cover their wedding as I use a camera they both know and trust. In the lead up to the wedding I was looking to buy a Hasselblad medium format film camera so asked them if they would be happy for me to use it on their wedding day. It turned out the Leica shooter was actually a previous Hasselblad nut and had all the best equipment, bodies, lenses, finders and even a digital back! Not only that but he was selling it all to concentrate on Leicas. To cut an even longer story short, we agreed that the wedding payment could made in a currency I know well… Cameras!! 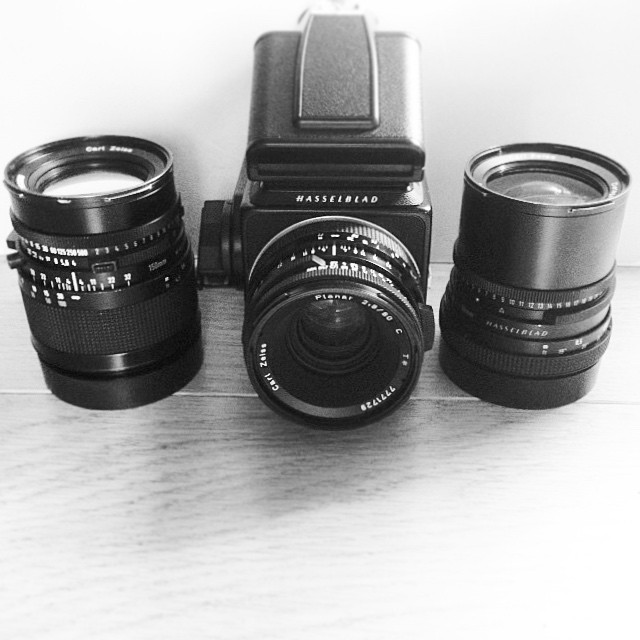 I knew the wedding venue was going to be a low light affair as I had visited in advance to meet the couple. ISO 800-3200 using available light. I was glad I had upgraded my Leica M body from the M9 to the M 240 with its higher usable ISO. That said I was worried that there would not be sufficient light to handhold the Hasselblad camera without motion blur.  With that in mind I treated my new Hasselblad rig to a lightweight monopod and head.  I already have an aluminium Manfrotto monopod but find it too heavy to lug around with ease so it tends not to get used. I read various monopod reviews and the clear winner to me was the Sirui.  As such I bought –

Leica cameras are not ideal for macro photography so when I take more than one camera to a wedding I like to have the option to shoot close up with the second camera.  As such before my Hasselblad arrived I bought a 21mm Hasselblad extension tube.  Used on the 80mm Zeiss Planar it lets me get very close to my subject and on the 150mm Sonnar something inbetween the Planar with the macro extension tube and the lens without.  I fitted the 21mm extension tube to the 80mm for a few wedding detail photos during the day so it was money well spent.

Cameras for the Wedding – 2 Bags!

The Hasselblad kit consisted of the items listed above but with the addition of a loan lens for the day, the amazing Zeiss Distagon 40mm f4 lens for the wide angle shots. I used this instead of my new 50mm Distagon as I needed the extra width indoors.

I knew I needed a film that I could push up to ISO 1600 and maybe even ISO 3200. My first plan was to buy Ilford Delta 3200 film but then I noticed on Flickr that people push Ilford HP5 400 film +2 stops to ISO 1600 with ease and even +3 stops up to ISO 3200.  Delta 3200 film can be quite grainy even in 120 format and is more pricey than HP5.  HP5 400 film looks like it can be pushed +2 stops to ISO 1600 and still get reasonably clean (low grain) negatives. As such I bought a supply a 120 Ilford HP5 film for the wedding. Luckily we had some sun outide so I was able to expose the HP5 at ISO 800. I used a shutter speed of 1/60 where possible and 1/30 where insufficient light. When there was even less light in the evening I added strobe light to boost light levels.  I used all lenses at their widest apertures with the Hasselblad on the new monopod and with a shutter cable release.  I also used the 45 degre PM prism for all photos as find it much easier to focus. 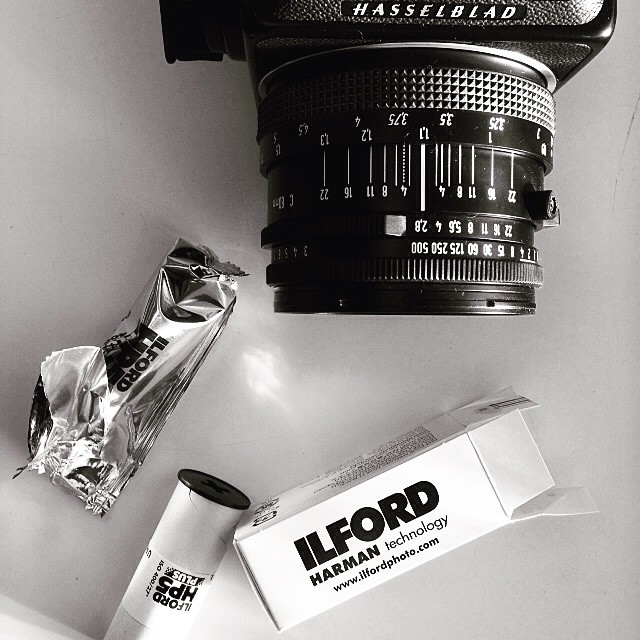 At times like this it really makes me appreciate my little Leica M3 rangefinder cameras. With a f1.4 lens I could have shot at the equivalent of ISO 200 (vs Zeiss Planar 80f2.8)(2 stops brighter) and handheld the camera for still photos at 1/15 (vs 1/60 with Hasselblad) giving me the equivalent of a useable ISO of 50 on the M3 vs ISO 800 on the Hasselblad.

I’m looking forward to reviewing the digital images from the wedding but I absolutely can’t wait to develop the Hasselblad film negatives to see how I got on.

It is nice to think that the Hasselblad 501C camera that the groom had bought new over 19 years ago (and that the bride remembers him using while she waited!) was used to photograph part of their wedding day.