After buying my Leica M9 roughly 3 months ago I have so far used all non-Leica lenses for my portraiture, model / fashion photography and Leica wedding photography. I have also learnt a great deal from reading about the various lenses available for the Leica M mount. I started by buying Voigtlander lenses and then some Zeiss lenses also. My current line up is:

I avoided Leica glass initially as it is well known that lens prices start at over £1k. But, when reviewing the cost of my non-Leica lenses I noticed I am getting close to or exceeding that bench mark already. So, I then started to review Leica lenses. Many Leica lenses have had the same basic design for years and different versions have been released with updates over time. As a generalisation, the older lenses still have the amazing Leica glass and build quality but without the latest modern lens coatings. The end result of which is the older lenses give a lower contrast apparent less sharp look verses the latest lens releases. The more I read the more I wanted to join in with the Leica shooters using Leica glass. What surprised me the most is how cheap some of the older Leica lenses can be bought for second hand. Better still, Leica lenses are known to hold their value so any purchases I did make would be as much an investment as something to get enjoyment from.

As a result of all that reading I got myself on eBay this week to see if there were any potential bargains to be found. My first purchase was a very cheap 1960s Leica Elmar 135mm f4 lens. Ken Rockwell for any readers that know him, absolutely raves about this lens so after seeing some example photos using the Elmar 135/4 I purchased one.

I then spent many many hours looking at 50mm lenses. As you may have read in one of my recent posts I just bought the Zeiss ZM Sonnar 50mm f1.5. (I will post an update with more Sonnar example photos soon). Although it is a great lens with lots of character it is not practical to use the Sonnar on my M9 for Leica weddings. My copy of the Sonnar is optimised at f1.5 so it is sharp shot wide open but if I stop down to say f2-5.6 (perhaps to shoot in very bright light) it will not focus accurately due to the well known Sonnar focus shift. Using the ZM Sonnar for weddings when using a single Leica body (plus Nikon D800 as backup) would be crazy so I looked at Leica 50mm lenses. The latest Leica Summilux ASPH 50mm f1.4 is said to be one of the sharpest 50mm lenses but when I reviewed many many sample photos I was not really ‘feeling’ it.

(What makes me laugh/ confused is Leica cameras and lenses are known to be some of the best in the world yet if you ever spent 10 minutes reviewing some Leica camera photos, say on Flickr, I would say at least half are out of focus or very soft. It’s crazy! I know a photo does not need to be sharp to be good but it still amazes me at the masses of ‘low’ quality photos posted by Leica camera owners)(IMO)(By this I am only talking about photos that are not it focus. Nothing to do with composition, subject, colour or any other photo characteristic).

So, the well regarded ‘Lux’ currently doesn’t seem to impress me so I continued my research. That brought me to the Leica ‘Cron’ or Summicron. A small, compact 50mm f2 lens with sharpness at f2 said to be the same as the ‘Lux’ at f2. Ken Rockwell has done a great review comparing the 5 pre-APO Summicron variants. Thanks Ken! I liked the results of the Summicron version 3 looking at examples but then spotted a low price auction for the latest pre-APO Summicron with the built in hood. I placed a last minute bid and I am now the proud owner of my first modern Leica lens – Leica Summicron 50mm f2 v5 (made in 2003). There are lots of opinions on the internet but many people regard the Cron as their favourite 50mm lens due to the sharpness, small size and smooth focusing ring.

You may note that I already own a Zeiss ZM Planar 50mm f2 and in comparison reviews the results of the Planar vs. Summicron are almost impossible to tell apart. My ZM Planar is crazy sharp wide open (almost too harsh for some female portraits) and I am expecting the Cron to be slightly less sharp and less contrasty. I can then decide my favourite lens and whether or not to keep both or sell one.

Here is one of my favouite ZM Planar photos. Shot in Ukraine with model Yuliya 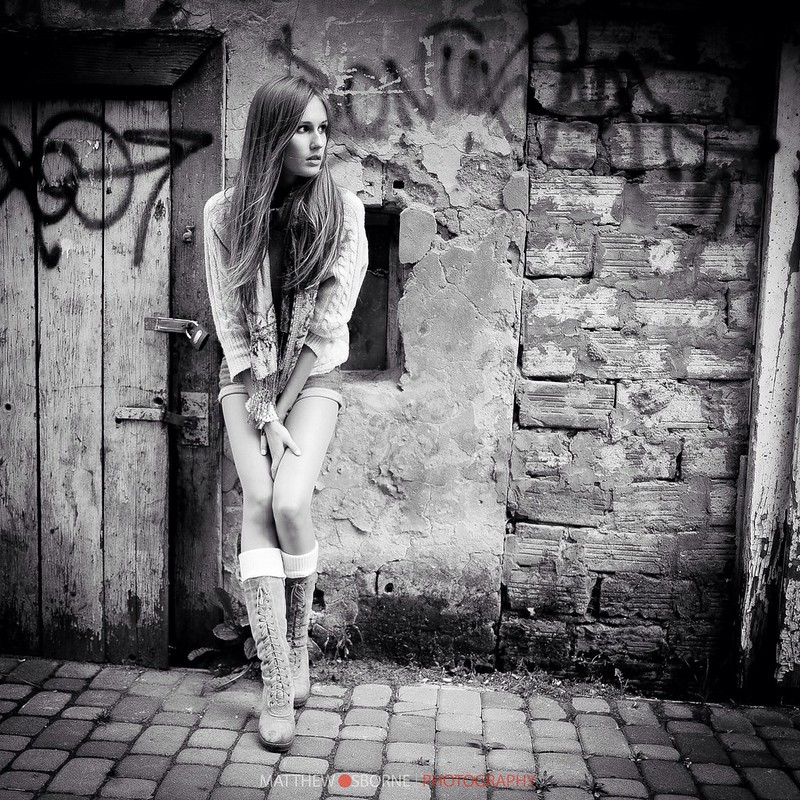 So, after 3 months of non-Leica lens photos the Leica lenses are coming! Examples using the Leica Elmar 135mm f4 and Leica Summicron 50mm f2 to follow.

If you think Leica lenses are too expenses have a look on eBay.. you might get a nice surprise 😉

2 thoughts on “Leica Lenses Are Coming!”