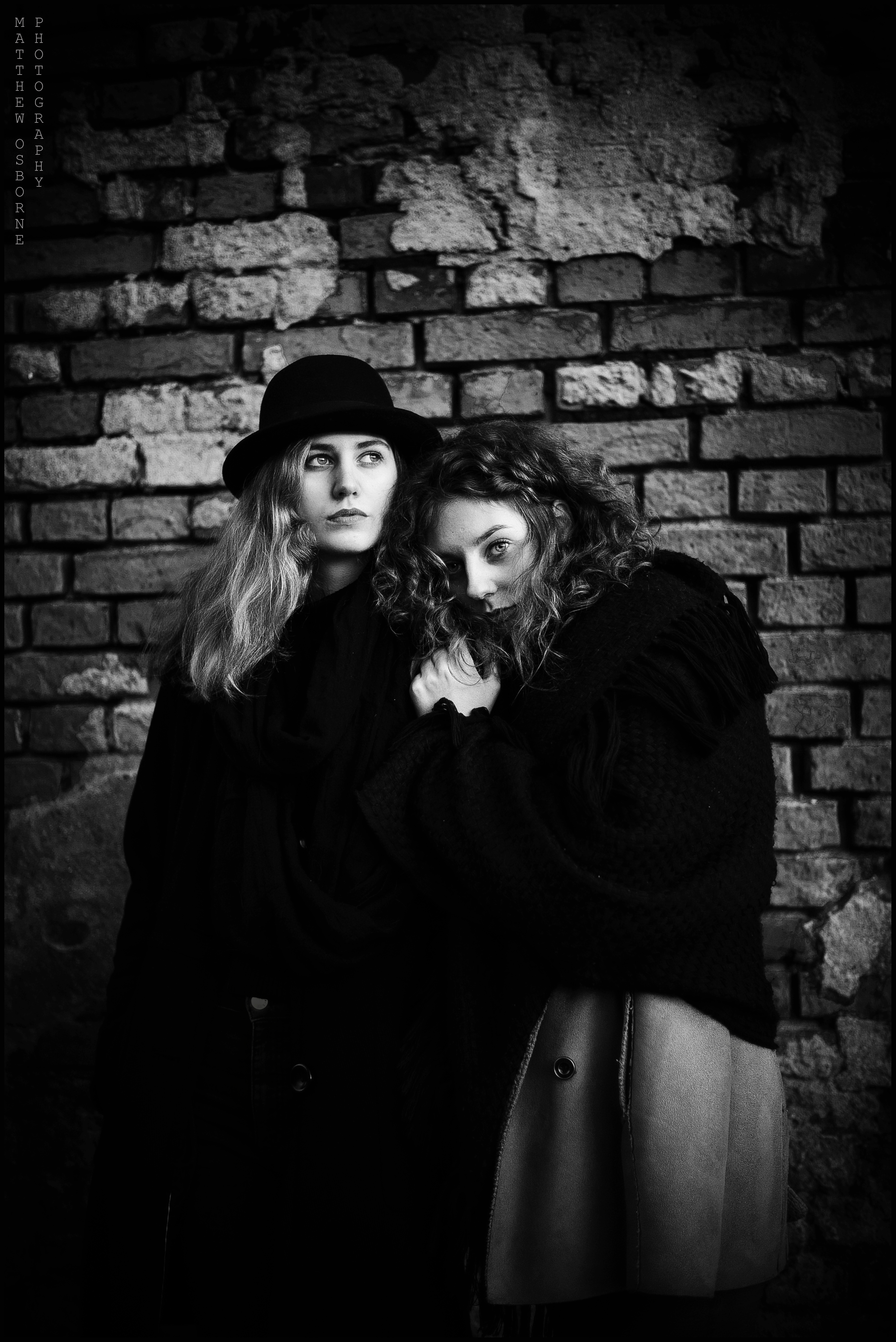 I flew out to Poland again on Sunday for a few days to meet up with friends / models in Sopot and Gdansk. I spend time ahead of the trip booking myself up with models to try to see as many people as possible. Plan was to catchup with some familiar faces but also work with some new ones. After flying into Gdansk I met up with model Zuza and her sister Wera in the old town for the afternoon. We got lucky with the weather and had blue skies and sunshine. That said it was still cold so we had regular hot tea breaks to keep them going. After the shoot and once it was dark I caught a train from Gdansk to Sopot. I stayed at the same hotel as last time overlooking the beach, hotel Bursztyn.  As it was out of season the hotel owner kindly gave me a big double bedroom with roof top terrace free upgrade so I could use the space for my model photography!  Amazing and so kind!

Monday I had a visit from a friendly face, agency model Agnieszka who had travelled from Bydgoszcz. I had met her there on a work trip in the past when a Bydgoszcz model agency kindly supplied me with models.  I think this would be our fourth or fifth meet and it was well overdue.  The last time we were together she visited me in Coventry so we could use the studio and lighting equipment I can’t fit in my hand luggage. The weather was cold and grey outside so we decided to just make use of the hotel space for all the photos. Last time we shot I was using a Nikon so it seems like ages ago now. I normally shoot in black and white but wanted to use colour film so decided to do some colour photos with the M9 also.  Agnieszka has a nice tanned skin complexion,  blonde hair and bright blue eyes so I told her in advance to bring a few coloured clothes.  All photos were available light only and I stupidly decided not to pack a reflector as bag was already full. For this reason I had to work smart to make use of the window light available to get the results I needed. Luckily we soon got the photos flowing as I visioned and they were probably the best photos we had done together, I think. Great model and very different to many of the others I work with here. Just as it was starting to get dark I met with a new young model Karolina.  It was to be an outdoor available light only shoot in the dark so would push the abilities of the Leica M9.  We did some photos outside in Sopot then went for a tea to thaw out and get a few photos inside to finish.

Tuesday morning the plan was to meet a model at Sopot railway station for a location shoot then finish at the hotel.  I awoke to a white beach covered lightly in snow but it was still snowing.  I walked to the station and waited but no model so decided to head back to hotel via the beach. I took a few snow photos of a fishing boat and a walker and then M9 battery was drained so walked back to hotel. Normally I would change the battery as have three spares for wedding photography but the camera was getting quite wet and the lens had no hood so thought it best to stop!

I was only at the hotel 5 minutes when the models face appeared with a big smile and dragging a massive suitcase behind covered in snow!  Hoorah we have a shoot! I was to be working with Teresa who was one of the most experienced models here having modelled in Milan as a catwalk model and with a trip to Asia soon after my visit. With the snow outside we decided to do the photos inside instead, again making use of the hotel room.  Teresa didn’t disappoint and her experience really showed. She knew the poses that worked for her and I directed to use the light we had. The time went too fast and within no time the next model arrived who had travelled two hours by car with her parents. I met Vicky on my last visit but thought we could do better so was looking forward to meeting again.  Vicky, Teresa, Karolina, Zuza and Wera all know each other through the Malva Model agency so I asked Vicky and Teresa if they wanted model together to give Teresa more photos and let Vicky work with an experienced model. I wasn’t really sure what to expect but Vicky is very confident and they soon jumped into action needing very little prompting.

Teresa did both their makeup and we went on the beach for a few photos together until they were both cold and windswept.  For the last hour I worked just with Vicky and we got some nice photos both inside the hotel room and outside on the hotel terrace in the snow.  Snow acts like a gigantic reflector and makes for beautiful portrait photos so I felt lucky we had it. The last shoot of the day was with a male model, Max. He had a good look and I fancied a change from the female models. As with Karolina it was available light night photography so I had to use the last of the daylight and after that light from buildings for all photos.

Reasons for gear selection
I knew I would be doing portrait photography and with some in low light so wanted fast lenses.  I wanted 50mm for the M3 and 35mm for the M2 and didn’t mind for the M9. My interest was the film cameras and results on film more than digital photos. I wanted fast lenses but also compact size so the small Voigtlander lenses were the obvious choice.  I get less worried about sharpness as my photography matures and planned to use all lenses wide open for all photos. The Summilux lens was only taken as I needed the f1.4 aperture.  I would have prefered to take the smaller Leica Summicron lens.  For film I was interested to try the new CineStill 800T in bad light and also see how much grain I got using 35mm Kodak Portra 400.  I shot the Portra overexposed 1 or 1.5 stops as I prefer the results when it is brighter.  CineStill is 3200k tungsten balanced film so for daylight photos I used an orange 85A filter. Portra is 5500k daylight balanced film so I tried a few tungsten lit photos and attached a blue 80C filter. For CineStill they recommend rating the film at ISO 500 for daylight photography so I was metering at roughly ISO 400-500. For night I rated the film at ISO 800 but they recommend it can go to 1250 without pushing.  For 2015 I want to learn my colour films as I know black and white films like Kodak Tri-X 400 and Kodak T-Max. I need to be able to predict how they will perform in any given situation.  I think this is important for film wedding photography as I need to be able to get the shots and be confident the results will be as I expect.

Surprise
The biggest surprise of the trip was I found I had no desire to use the medium format Mamiya 645 Super camera once I got into action. In the past I felt I needed a medium format camera as 35mm is somehow not good enough.  This time I was happy that the Leica M3 and Leica M2 35mm rangefinder cameras were more than capable.  I tried not to swap lenses too much and keep things as simple as possible. For the next trip to Poland I will take the Leica Noctilux 50mm f1.0 lens instead of the Mamiya and a Summicron 50mm v5 instead of the Summilux. I will also ensure I pack a reflector!

Voigtlander Nokton Classic 35mm f1.4
This was my first oppotunity to test my new 35mm Nokton lens so I had it on the Leica M9 when I was not using the Leica M2.  It looks near identical to the Nokton 40mm and is the same compact size.  I forgot how much I enjoy using these little lenses for all their quirks. Lots of vignetting at f1.4 and harsh bokek. Just how I like it! 🙂 Results to follow.

As expected, I had a very enjoyable trip and think it was more like the first visit where I was working 1-2-1 with models with their own clothes and makeup. I can work fast and hopefully produce better results when there are less distractions.  It was fun working with multiple models and also working with a male model as I had more to think about.  For my last visit most photos were taken on the beach in non directional diffused light. I really struggled to get the wow results in such lighting.  This time I worked mostly closer to buildings or inside so I was able to control light hitting a model more easily. For me low light is much easier to work in as I use the pools of light and shadow to contour a models face or body.

I will share a few digital sample images soon and then the analogue film photos once they are back from the lab. I can’t wait! Fingers crossed I did OK! Already looking forward to the next trip!  Next time with longer days, warmer temperatures and more sun hopefully! 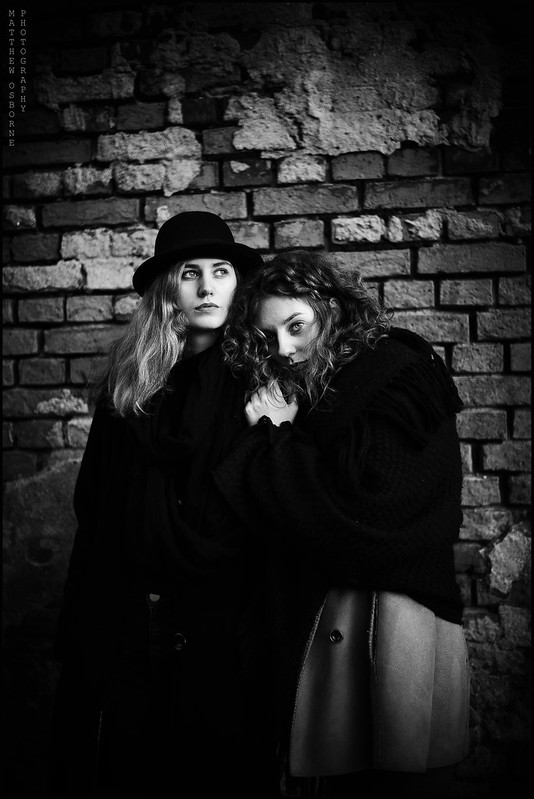