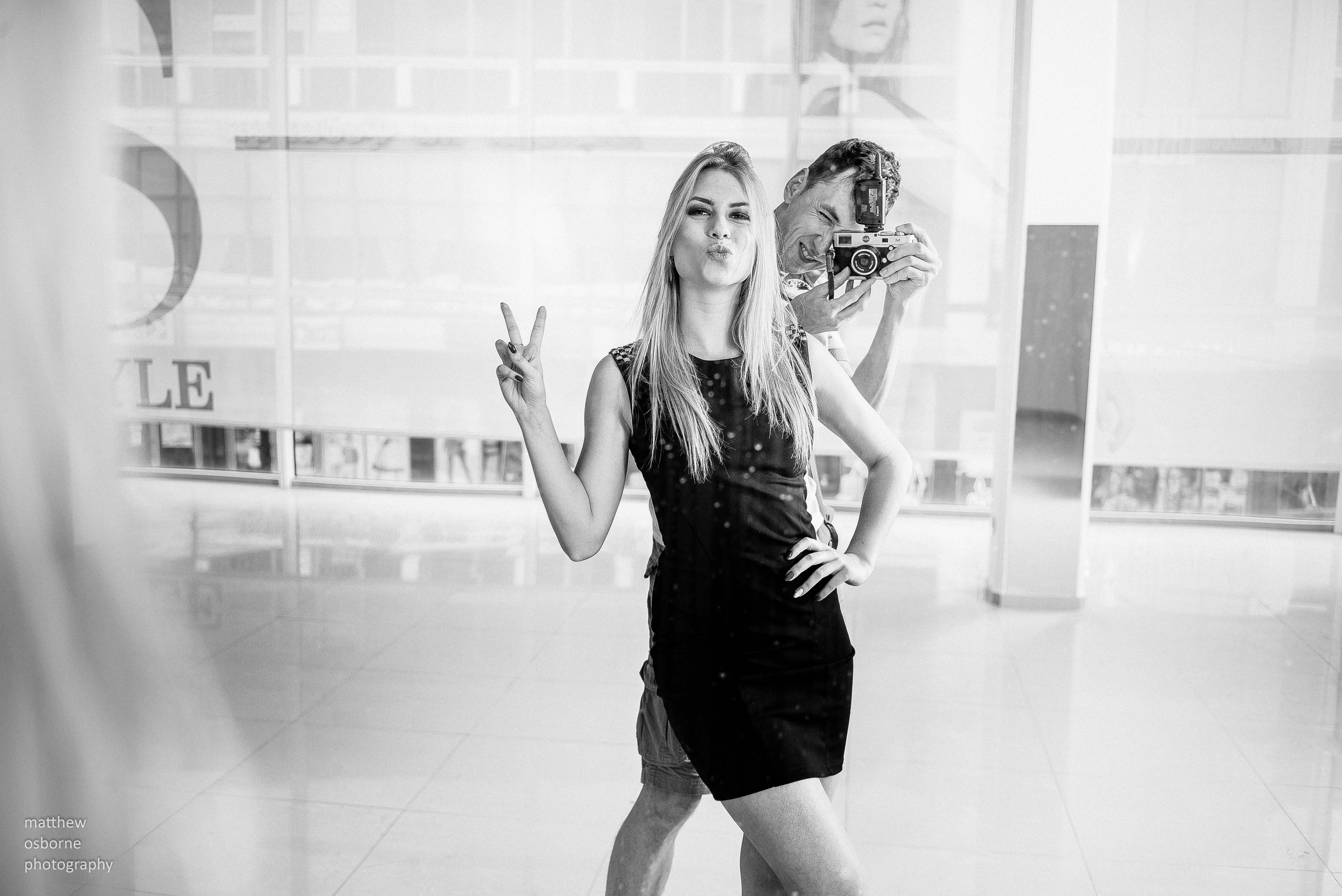 I organized another model photography trip to Uzhgorod, Ukraine to catchup with model friends and hopefully also meet some new ones. After recently visiting Poland to shoot with the model agencies I had some ideas of what cameras I may like to take for this trip. I take only hand luggage on all my trips so it depends on the airline as to how much camera gear I can pack. For Poland I had a backpack and my small Billingham Hadley Digital bag so took 4 cameras, a strobe and a compact travel tripod to use as light stand. For Ukraine I only have the backpack.

I took my newly purchased Mamiya 6 to Poland as it is smaller than the Hasselblad 501C.  I packed the Leica M 240 for digital and brought the Leica M6 to shoot more film.  I selected the Voigtlander Color Skopar 35mm f2.5 lens for its size, sharpness and lack of flare.  The Leica Summicron 50 f2 v5 flares too much for me so I left that at home and instead of packing the slightly larger Leica Summilux ASPH 50mm f1.4 went one ‘better’ and brought the Leica Summicron 75mm f2 APO.  The 75 APO is my sharpest Leica M lens and maybe sharpest any lens and it lets me focus closer than nearly all standard Leica M lenses in terms of magnification.  Another camera I considered was my old Nikon FM plus Voigtlander 40mm f2 pancake lens but in the end I chose the M6. In addition to all of that I squeezed in my Leica Elmar 50mm f2.8 collapsible lens and a speedlight (+ reflector). No tripod though.

I currently favour 120 Fomapan 100 black and white film for my medium format cameras but I thought I better use up some existing film in the fridge before buying more Foma.  As such I packed mostly Kodak Tri-X 400 film plus a few different rolls to use up. For 35mm film I wanted to shoot more colour so brought along some Kodak Portra 400, Fujicolor C200 and for black and white 35mm Fomapan 100. 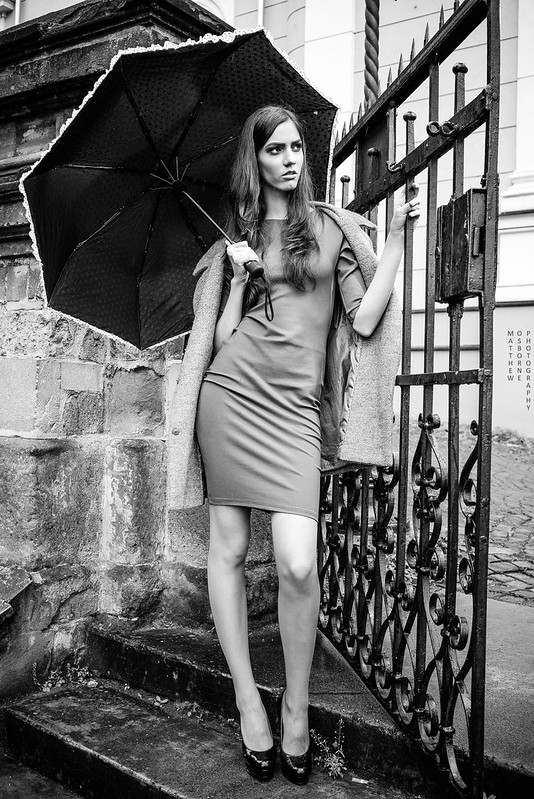 I like to make the most of my model photography trips overseas so managed to shoot 17 girls in 3.5 days shooting 9:00-21:00 back to back.  I worked with the local model agency, One Models, who kindly provided a few models that were available and not out on contract overseas. I also worked with some of the girls I knew from previous trips and also a few new faces, friends of friends.

The weather was not as kind as I would have liked (for the time of year) and we had a fair bit of rain.  As such I did more photoshoots inside the hotel than I planned to so I had to think a bit more.  The speedlight was a life saver in the low light conditions and I used it for the majority of the photos.  I do tend to favour using lights for most of my model photography and I think adding light can sometimes make a photo look more like a fashion photo which I like.  The speedlight helped me keep my ISO at 100-400 for almost all photos and I also had the lenses stopped down.  The biggest limitation was the flash sync speed of the Leica M6 of 1/50.  I noted on the film scans for a shoot we did outside in the rain that there was motion blur as the models were moving more than I noticed.  The Mamiya 6 has a max flash sync speed of 1/500  so that had no issues.

As I had no light stand or tripod I had to handhold the speedlight for the majority of the photos.  This is not ideal as it is difficult to exactly replicate the same light when swapping between cameras (digital and film) but better than nothing (for my taste). I didn’t use the reflector at all so may leave it behind next time. 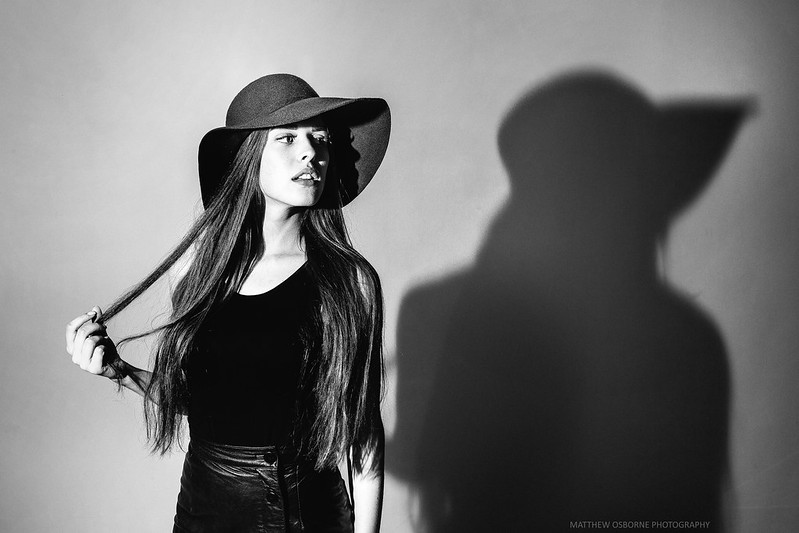 I noticed my Leica M 240 needs the rangefinder recalibrating again (the second time) so I was shooting 99% with the 35mm Voigtlander Color Skopar lens stopped down a little.  I did use the Leica Summicron 75mm f2 APO for a few photos but I focused with the LCD.  The mis-calibrated rangefinder was less of an issue than it may sound as my current style is favouring lenses stopped down to match the film cameras for easy alignment of settings.  I shoot digital with ISO, aperture and shutter to match the film camera then when the model looks good I switch to film cameras. I have some nice Sekonic light meters but find at the moment I am not using them.  When using strobes I like to see the digital preview of the light prior to shooting film.  With daylight I would be happy to meter once then shoot film without chimping on the digital LCD.

Excluding the recalibration issue, the Leica M 240 is on good form and I love it more and more each day.  I would still say the Leica M9 and Leica M8 make better B&W photos (more filmic) but the M240 is no slouch and I am getting good results both B&W and colour. 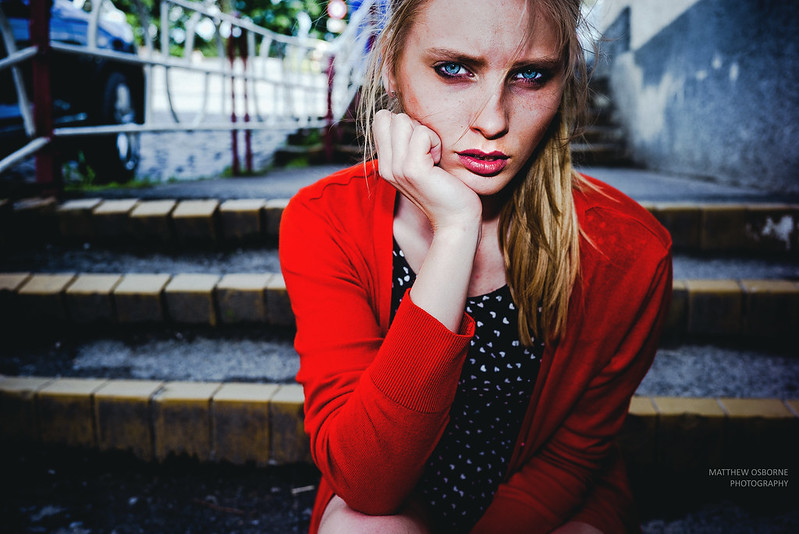 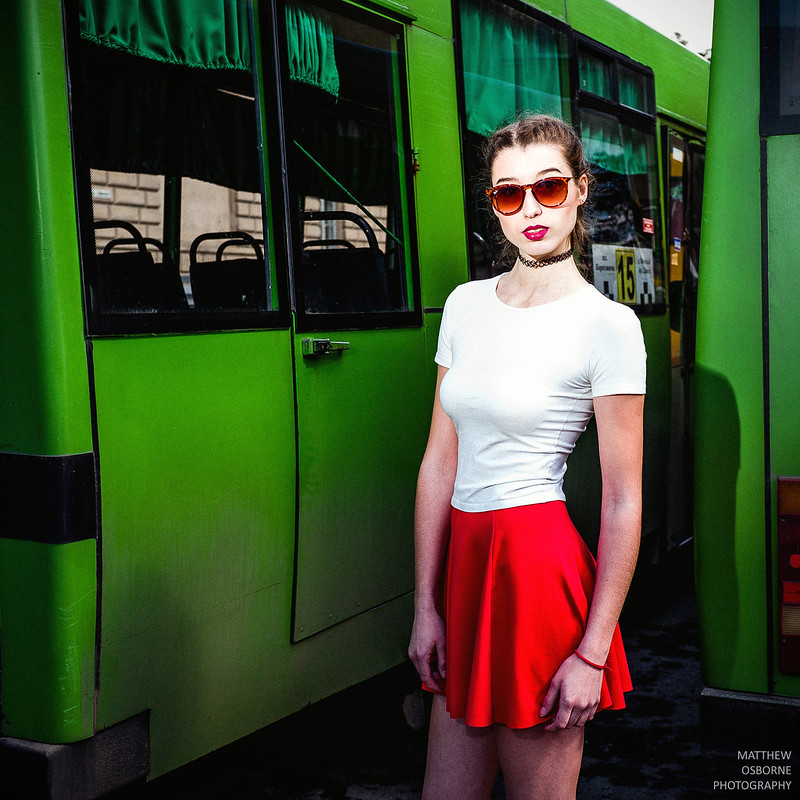 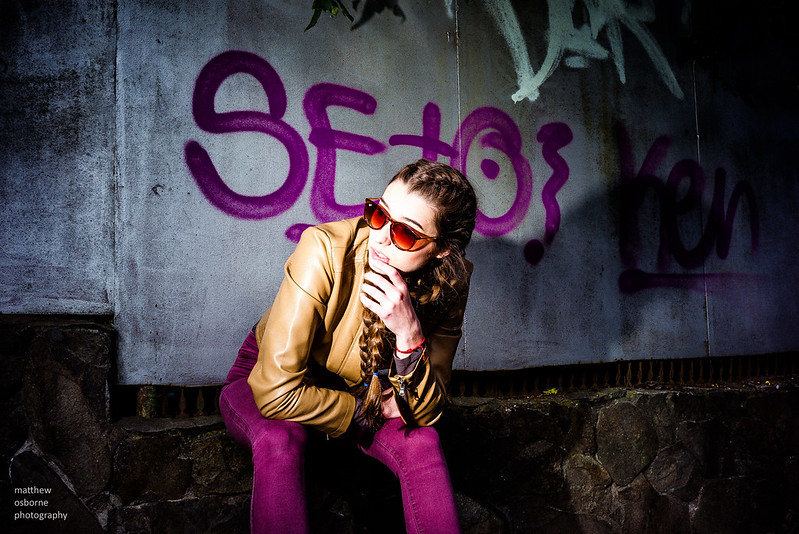 As mentioned the Leica M6 max flash sync speed of 1/50 is a killer for strobist work.  It is just too slow unless used in very controlled conditions.  I did get some nice black and white film scans but I also lost a few due to model motion blur outside.  The Leica Summicron 75mm f2 APO pretty much lived on the M6 but strangely I found it too tight for my current taste on location.  I was loving the 35mm focal length on the M240.  I might take two 35mm lenses next time to match the view for easy composition across the two Leica cameras. 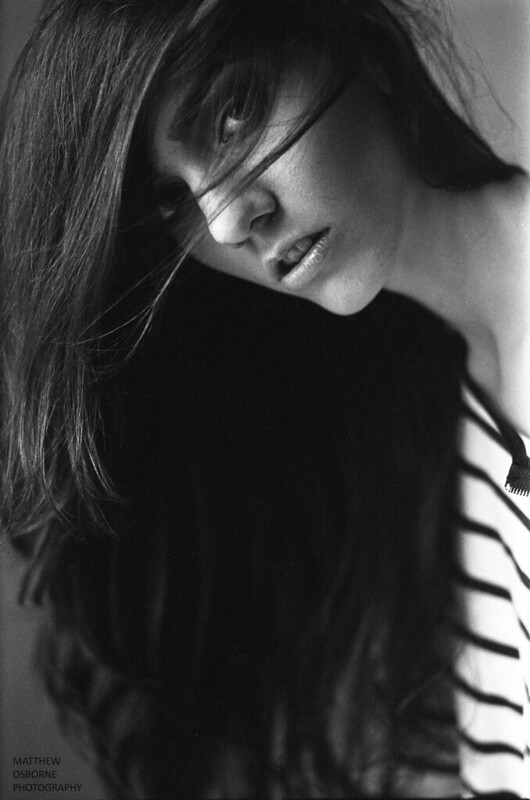 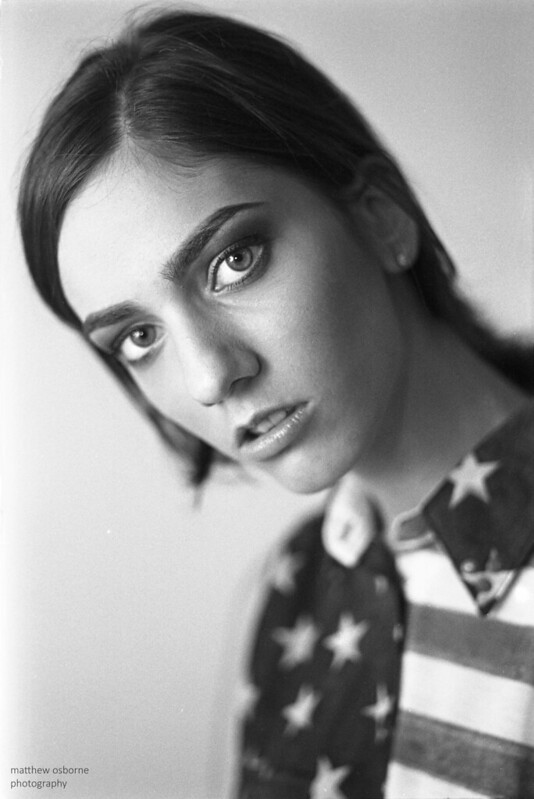 After getting some quite nice results in Poland using the Mamiya 6 medium format 6×6 rangefinder camera, I was excited to see what I could do in Ukraine. (Poland photos still to come when i’ve edited a few more).  I am enjoying the size of the Mamiya 6 camera very much and it is very easy to carry it in my little Billingham Hadley Digital camera bag together with one complete Leica M camera or 2 Leica M bodies and 2 Leica M lenses packed down. I still have my Hasselblad 501C vs Mamiya 6 post to write but in the meantime it is safe to say the Mamiya 6 is a keeper.  I still only have one lens, the 75mm which I like due to it’s smaller size and lighter weight (vs. 50mm and 150mm lenses) and the focal length.  That said I would like to use a Mamiya 6 50mm f4 G lens if I see one for sale at a reasonable price.  I think the wider view would be great for film wedding photography to capture a wider scene. 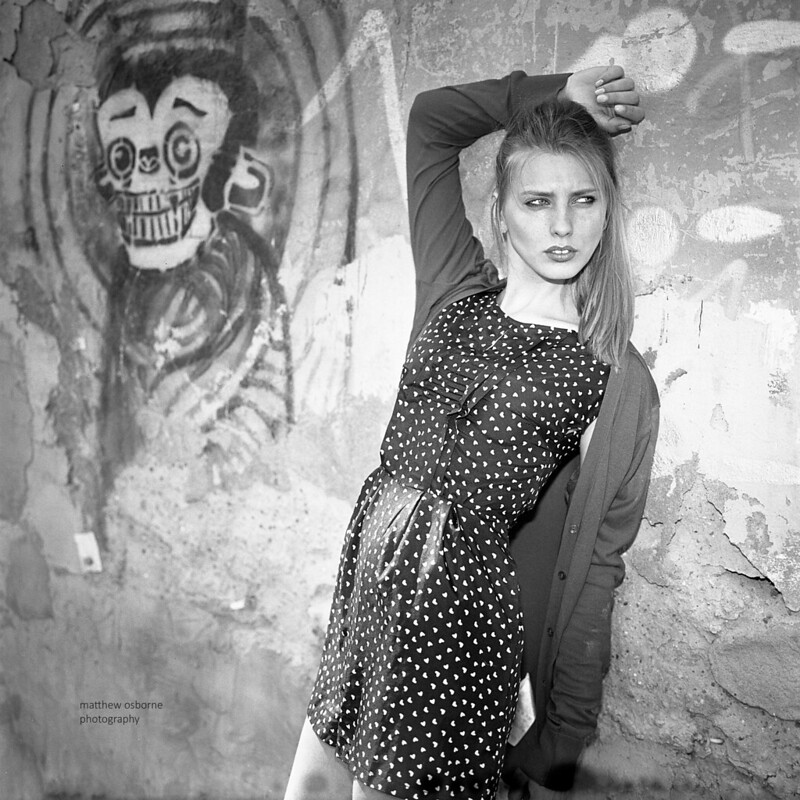 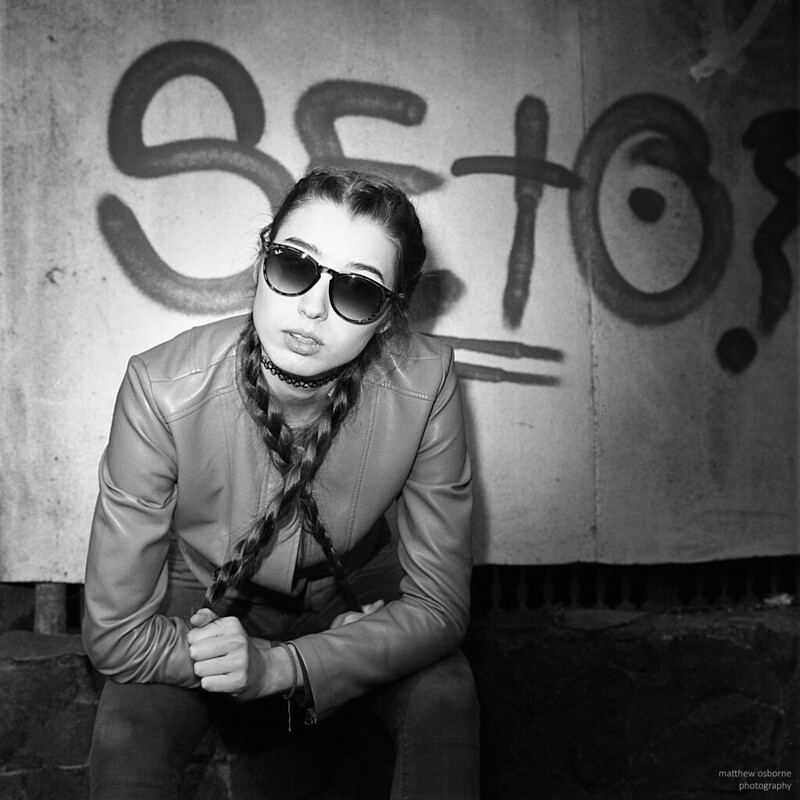 I have been travelling to Ukraine for quite a few years now and I must say the level and quality of modelling from the girls this time is the best to date. The resulting photos may have been helped a little by me not having any majority camera issues (unlike previous trips) and being armed with more photography knowledge and experience.  In addition to that, I meet more and more models each visit so every follow up visit I pick the best of the best to maximise the chance of making photos I will like.  I always try to better my best work with every shoot and although it may not always be possible it keeps me fired up and as keen as ever.

As with all my trips, a huge thank you to all the models I worked with, to One Model agency and to the makeup girls where applicable.  I didn’t experience a single cancellation so that was a real breath of fresh air compared to the usual UK (and now Poland) high cancellation rates of 50-60% plus.  Big big thanks!

I have started to develop and scan some of the black and white film but the colour film is still to follow. 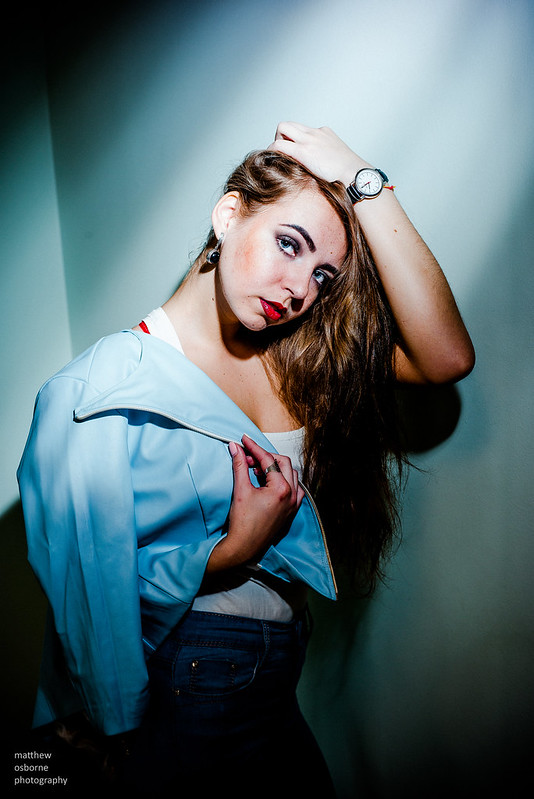