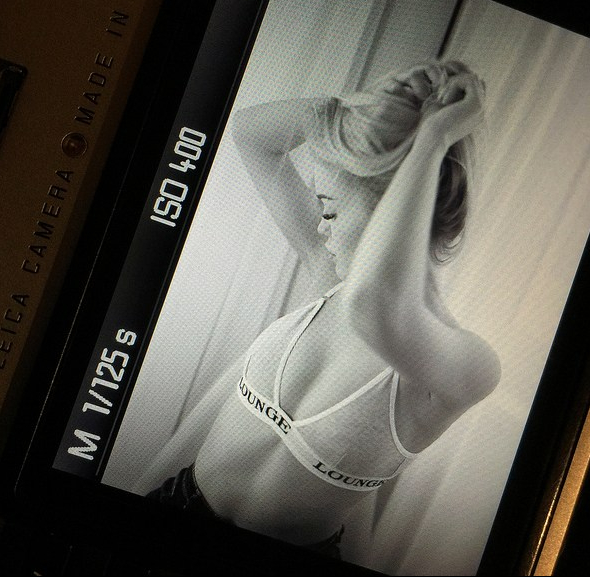 Using the Leica M240 vs Leica CL on my latest trip to Poland for model photography.  Article also discusses me shooting the new Kodak Ektachrome vs Fuji Provia film, testing a new lens for the Nikon F5, finally taking the 4×5 Intrepid camera overseas and having fun with the GoPro Hero 6 like new Yi4K+ action camera.

Back from another few days in Poland. My last overseas model photoshoot of 2018.  I couldn’t resist the cheap flights!  What an amazing trip it was.  I saw more in 3 days than all my past years visits put together.  I took my 4×5 Intrepid camera overseas for the first time (at last) and it didn’t disappoint. I shot my first roll of the much anticipated Kodak Ektachrome slide film and I took my new lens for the Nikon F5 to play with. On top of all that I also had my new GoPro style action camera (Yi4K+) with me to record some of the fun / sights.

As with every trip I spent a lot of time before traveling to Poland organising the models to work with. 12 models across the 2.5 days, 5 a day on the full days and 2 on the first afternoon. A few models cancelled but luckily the 8 photo shoots I did do more than made up for the models that didn’t show.

I tried to work with as many new faces as possible to keep it interesting and feel this was one of the most successful visits to Poland so far.  I was really pleased with how the photos were looking on the back of the camera to the most part.  Thanks to Theo, Ania, Maria (x2 shoots!), Claudia, Anna, Teresa and Julia.

My digital cameras were the Leica M240 and Leica CL. On the first afternoon I used the CL as it has just become habit to pick up this camera first.  I found manual focusing too slow and not accurate enough when working quickly with fast moving models.  For day 2 and 3 I used the Leica M240 almost exclusively and was more than happy.  I noticed the Leica M240 limited dynamic range to be clipping the highlights in the bright light but the more I photograph the less I’m fussed about pixel peeping. It’s the moment or expression that matters more.

As a quick reality check, the Leica M8 only has a few shades of grey – black, grey and white (smiley face) and yet it still makes awesome photos with with limited dynamic range.  I miss my black blacks and blow out white B&W JPEG images of the Leica M9 and M8.  I find myself trying to retain all the detail in photos while editing which gives grey images if i’m not careful. I’m a high contrast kinda guy at heart so I often edit my photos with more contrast added, both film and digital images.

For once I tried to be good and packed less lenses. The truth was it allowed me to carry more running apparel and was me attempting to balance my obsessions! Most digital photos were shot with a Voigtlander 35mm f1.2 ASPH lens and the rest with the Leica Summicron 50mm f2 v5 lens.  I wanted to use the Summicron on the Leica CL to be able to share the resulting images as I hadn’t tried that setup yet.

My last few overseas model shoots have all been about the Leica CL. Now the CL honeymoon period is over it was back to the real stuff! Film. I wanted to test and compare various film photography related products in Poland.

My most used focal length for Leica cameras is 50mm but some of my favourite images were shot on 35mm. For this reason I took the Leica M2 camera for the purest form of 35mm photography in Leica camera terms. No camera hot shoe so no flash photography and a clean viewfinder with the single 35mm frameline. I wanted the photos to be about the colours rather than super shallow depth of field so 35mm helps in the regard also.  The new 35mm Kodak Ektachrome slide film is not cheap so I used this camera over 3-4 photoshoots.  The Nikon F5 was my main film camera for the trip this time.

For the Nikon F5 I took mostly black and white film plus half a roll of Fuji Provia to finish (unloaded from my Olympus Pen F).  Normally at this point I write I wish I had shot more film but for once I did actually shoot more film. A big thanks to the models for this as good models = Matt shoots much more film!  I will share a new blog post for the film images once I have time to process them.

To date I’ve not used the camera as much as I’d like to mainly because I can’t find the right models to shoot in the UK.  It is not a camera for every photo session.  Luckily for me in Poland I got to work with multiple models that were just perfect for the 4×5.  I just pray (and I’m not religious!) that I didn’t screw up all the images.  See the Intrepid post for example images (link below) and yes I did screw up some but now know the reason so i’m all good for next time!  (Intrepid ground glass was not sitting flush to the camera)

As the day finished earlier than planned on the last day due to cancellations I shot some 4×5 to finish the roll.  The light was fading so they were longer exposure shots so I will wait to see the outcome.  Once it was dark I was quite getting into the night photography (on film) so pulled out the Nikon F5 to shoot a few frames too.  I’m not sure if they will come out ok or not but I enjoyed the process.

In the blog intro I mentioned I saw more this trip than ever before. Why? I have been starting to run more often in the last few weeks and this training allowed me to run further, for longer and more regularly.  I ran each morning and loved every minute.  The running can be fun in itself but for me it gives me access to a much wider area to explore and photograph.  Buying the Yi4K+ action camera before flying to Poland was possibly my best timed purchase to date.  Such amazing scenes on my morning runs that I would normally not be able to capture as I don’t run with my iPhone 6+. I was grinning ear to ear on every run I think and the only limitation was usually time (getting back to the hotel for the first model arriving or to get back ready to fly home!).  If you need inspiring to get out and about get yourself a little action camera!

As mentioned above I used both the Leica M240 and Leica CL.  The Leica CL makes me try to work faster with fast models so I miss shots.  The Leica M240 focuses quicker but always has the risk of calibration issues (so it looks in focus in the viewfinder but the focus is slightly out on the final image).  Both cameras capture great photos.  I do love the Leica CL for size and dynamic range and high ISO when needed and focsuing is fine for most subjects.  As mentioned in the past I like the Leica M240 as there is no black out between photos compared to looking through the Leica CL EVF.

From day one I felt lucky in Poland. The first run I found an awesome new forest trail to play on. The first breakfast the waitress came and sat with me asking if I could email her some beach photos from my run, followed by giving me a pile of food and some cake to enjoy.  I felt lucky to meet such great models and to make some new friends for future trips.  The weather for the end of November was amazing, cold yes but bright blue skies much of the time.  Monika who owns the hotel kindly gave me the biggest room in the hotel again (thank you!).  Teresa had a late evening shoot but brought with her some homemade Polish soup in a Thermos flask, some Polish bread and a spoon from her Mum! Thanks Teresa’s Mum, so kind! Finally the icing on the cake as they say was the last morning. I went out before sunrise to run and was greeted by a crisp snow covered beach and clear skies.  It became the battle of obsessions! Stop and take photos or keep running.  Quite possibly the best run ever and I had the action camera to capture the magic! It just showed to me it’s not the camera that matters it is being in the right place at the right time.  Running is now giving me that vehicle to get myself in such situations.